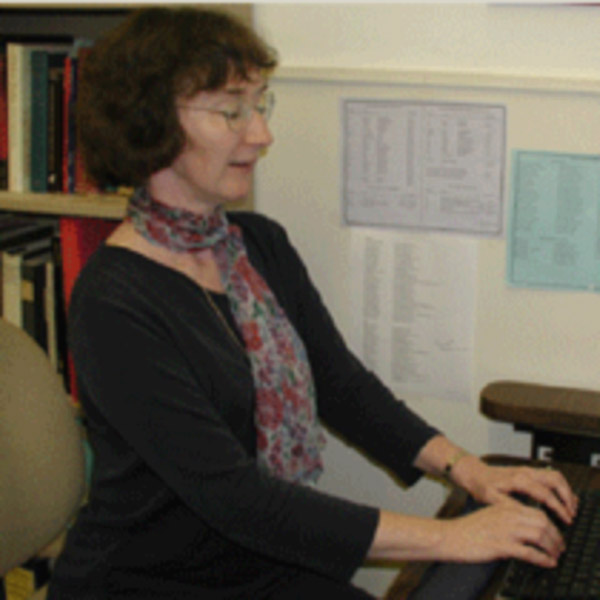 Dr. Lesley Wright focuses her research on Bizet, Massenet, and Saint-Saëns, as well as the institutions, press, and musical culture of nineteenth-century France. She also works on opera history and has examined the changing views of Berlioz in the late nineteenth century.

Her articles have been published in scholarly journals like Context, Current Musicology, Fu Jen Studies, Journal for Musicological Research, Nineteenth-Century Music, and Studies in Music. She has provided reviews for Biography, Choice, Nineteenth-Century French Studies, Nineteenth-Century Music Review, Nineteenth-Century Prose, MLA Notes, Music and Letters, and Opera Quarterly. Dr. Wright has published editions of Bizet’s music and correspondence as well as a dossier de presse for Carmen. Her dictionary and encyclopedia entries have appeared in important reference works like the New Grove Dictionary of Music, Musik in Geschichte und Gegenwart, Dictionnaire de la musique en France au XIXe siècle, Penguin/Viking Dictionary of Opera, and New Grove Dictionary of Opera. With Scott McCarrey she co-edited Perspectives on the Performance of French Piano Music (Ashgate, 2014), a book of essays that was the recipient of a Certificate of Merit in the 2015 Award for Excellence in Historical Recorded Sound Research in Classical Music from the Association for Recorded Sound Collections.

Dr. Wright has provided program notes locally (Hawai‘i Opera Theatre, Honolulu Symphony), nationally (American Symphony Orchestra, San Francisco Opera), and internationally (English National Opera, Opera North [Leeds, England], National Symphony Orchestra [Taiwan] and National Theater [Taipei]). She has been a reader or assessor for numerous journals, publishers, and granting agencies in North America, Europe, and Australia, and served as an external member of juries for doctoral students and for tenure/promotion decisions in North America, Australia, and France. In the American Musicological Society she participated in and chaired the AMS 50 Committee and the Bartlet Committee, and was a member of the AMS Council. In addition, she was a member of the founding board for Oxford Bibliographies Online (Music) and is on the board for the series L’Opéra français (Bärenreiter).

Her service at the University of Hawai‘i at Mānoa included twenty years of department-level administration, many campus-wide committees, extensive mentoring in the Female Faculty Mentoring Program, and five terms on the Mānoa Faculty Senate. From 2006-2016 she was first Vice-President and then President of the Alpha of Hawai‘i Chapter for Phi Beta Kappa.

For the local community she frequently gave public lectures, led interviews and discussions, and taught an evening community course on opera (for Hawaii Opera Theatre). She was also a board member for the Honolulu Symphony and Honolulu Chamber Music Series.