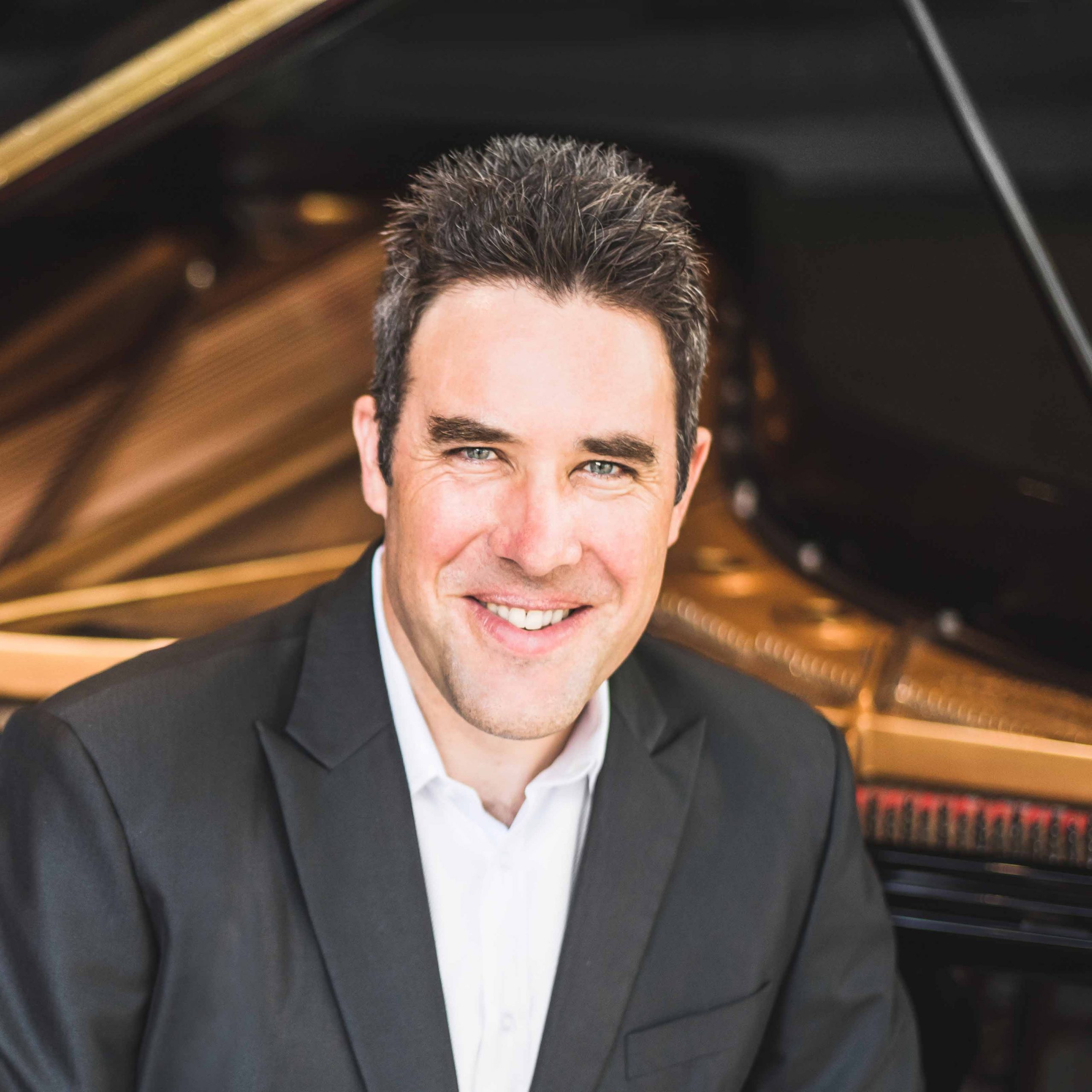 Pianist Jonathan Korth, enjoys a multifaceted career as a soloist, chamber musician, collaborator, and teacher. Hailed by the Des Moines Register as having “prodigious technique and  keen sense of musicianship,” Dr Korth’s sizable presence piques the audience’s attention and delivers with the satisfyingly deep and colorful sound he has become known for. Dr. Korth is a prolific concertizer, with performances not only in Bangkok, Beijing, Brussels, London, Shanghai, Seoul, and Tokyo, but also in prized stateside venues like Carnegie Hall’s Weill Hall. With the advent of the pandemic, he’s reimagined his live performances and played/co-produced regular online concerts from the University of Hawai’i at Mānoa’s Music Department where he’s been a piano faculty member since 2008.

“Jonathan Korth pushes the boundaries of the piano” (Arts Hawai’i) looking for new sound fields and techniques outside the mainstream repertoire. An advocate for the compositions of his UH colleagues Thomas Osborne, Donald Reid Womack, and Takuma Itoh, he welcomes working with composers and has premiered dozens of new works.

It is easy to see how his enthusiasm for advancing the profession has made Dr. Korth highly sought after for master classes throughout Asia and has attracted a diverse international studio. With his encouragement, musical influence, and guidance, many of his students have founded successful professional piano careers, pursued graduate degrees at top piano programs, and won top prizes at competitions.

Dr. Korth grew up in Forest City, Iowa and is a graduate of the Peabody Conservatory (BM) where he studied with Ann Schein and Boris Slutsky and Stony Brook University (MM and DMA), where he was a student of Gilbert Kalish. An avid supporter of increasing access to excellent classical music, he is the current president of the Honolulu Chamber Music Series. Grateful to have made his home in Honolulu, Jon enjoys hiking and fine dining, two of the most well-paired activities.