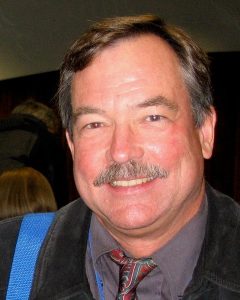 Emeritus Professor of History at the University of Hawaiʻi at Mānoa, Jerry H. Bentley, was a generous humanist, pioneering world historian, and inspiring mentor to scholars locally and around the globe.

Born the oldest of three sons in 1949 in Birmingham, Alabama, Bentley was raised in Chattanooga, Tennessee. His education and career were entirely in public schools: he graduated from Brainerd High School in 1967, earned a B.A. in History in 1971 at the University of Tennessee Knoxville, finished his Masters (1974) and Ph.D. (1976) at the University of Minnesota, and came to the University of Hawaiʻi in 1976 where he remained until his retirement in 2012. Although his early research focused on Renaissance humanist scholarship of the Bible, in Hawaiʻi he emerged as one of the international leaders in world history scholarship and teaching, publishing a wide range of articles and books, including a popular textbook, Traditions and Encounters. A founding member of the World History Association and editor of the Journal of World History for 22 years, he developed standards and curriculum locally and nationally, established a flourishing Ph.D. program at UH, and fostered a world history program at Capital Normal University in Beijing.

In Hawaiʻi, Bentley is remembered by his colleagues as an inspiring teacher and wise mentor of undergraduates, graduate students, junior faculty, and teachers in the community.

Cedric was born and grew up in Pasadena, California. His father George Cecil Cowing, a newspaperman, wrote a daily column for the Pasadena Star-News, “The Boulevardier,” often featuring the antics and comments of young Cedric, whom George dubbed “the Major.” Just out of high school Cedric entered naval officers’ training, but then the Second World War ended and he was discharged. The G.I. Bill made it possible for him to enter Stanford and become the first in his family to graduate from college. Back in high school he had developed what would be a lifelong interest in the stock market, and he studied economics at Stanford. When he went to the University of Wisconsin for his PhD work, however, he switched to social and intellectual history and studied with the noted Progressive historian Merle Curti. His PhD thesis later became his first book: Populists, Plungers, and Progressives, a Social History of Stocks and Commodity Speculation, 1828-1932.

After teaching for two years at UC Santa Barbara, he accepted a position in the History Department at the University of Hawaiʻi and moved to Hawaiʻi in 1957, two years before statehood. He would teach U.S. History at UH for the next forty years, and he helped bring fellow Wisconsin graduates to the department, including Herbert F. Margulies and James McCutcheon. Cedric learned from his journalist father to value vivid and succinct language and encouraged the same in his students. His scholarly interests and research turned increasingly toward American religion, particularly of the Colonial period. His two books in the field are The Great Awakening and the American Revolution: Colonial Thought in the 18th Century and The Saving Remnant: Religion and the Settling of New England, which the American Historical Review called “a major reinterpretation of the Puritan story.” The theories, interpretations, and documentation he developed in these books have been widely cited and accepted in the field.

After his retirement in 1997, Cedric was active as a judge in Hawaiʻi History Day and enjoyed interviewing intermediate and high school students about their essays each year at district and state level competitions. He also served as Program Chairman and sometime president of the Faculty Retirees at University of Hawaiʻi at Mānoa (FRAUHM). To the end of his life, he kept abreast of American political and social developments and wrote letters to the editor on local issues or Island Voices pieces giving historical background to current topics. He hoped to write one more piece, speaking to the popular misconceptions these days about the 1st Amendment, the religious diversity of the colonial population, and what the Founding Fathers meant by freedom of religion.

Cedric was a train buff and a decades-long fan of UH men’s and women’s athletic teams. Friends new and old, near and far, remember him for his integrity, his generosity of judgment, his boyish and British-like sense of humor and word play, and for his interest in learning everyone’s story. He enjoyed gathering friends and their families at his home for Sunday suppers and conversation. Cedric is survived by his wife of 54 years, Sue Brown Cowing, and his son James Robertson Cowing of Portland. Private services. Those who wish to honor Cedric may make donations to Hawaiʻi History Day, in care of The Hawaii Committee for the Humanities. 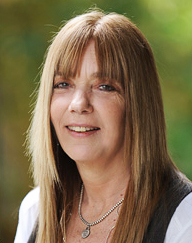 Mimi was a specialist in postwar US cultural history. She researched deeply, and taught wildly successful courses about film, TV, and political opinion. Her book Dr. Strangelove’s America: Society and Culture in the Atomic Age (University of California Press, 1997) showed how American public discourse and national imaginings were profoundly altered by the onset of the nuclear age. Undergraduate students in US and World History courses adored her irreverent and dynamic style, showcased in innovative courses including “Viva Las Vegas!” and “American Television History.” Serving as graduate chair for several years, she was a profoundly supportive mentor to MA and PhD students, many of whom have gone on to successful careers in teaching and researching US history. She is gone far too soon. We will cherish her legacy and always honor her contributions to the department. 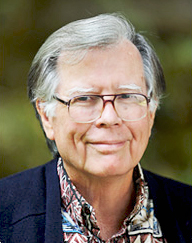 Former Associate Professor of History at the University of Hawaiʻi at Mānoa, Dr. Robert E. McGlone, passed away peacefully on July 23, 2015 in Honolulu, Hawaiʻi. Bob was 83.

Dr. McGlone received his BA in History from UCLA in 1954 and his PhD from there in 1972. A History professor at UH for 45 years from 1968 until his retirement a few years ago, he was beloved by his students and colleagues. He always found time to help others and to be interested in their work. Bob taught American History courses, including his special course on the American Civil War. Professor McGlone published on a variety of scholarly topics, including family history, memory and John Brown. Bob earned in 2012 the Peter Seaborg Award for Civil War Scholarship for his book, John Brown’s War Against Slavery, published by Cambridge University Press.

Dr. McGlone founded and served as faculty advisor for the UH Mānoa Alpha Beta Epsilon chapter of Phi Alpha Theta (PAT), the National History Honor Society. He created the chapter in 1984 and led it in winning two Best Chapter Awards. Bob also tirelessly organized the Annual Hawaiʻi Regional Meetings of PAT for thirty years, giving local students the opportunity to present their research. He was also honored at the 2014 PAT Biennial for many years of remarkable dedication to the organization.

Robert Elno McGlone was born on March 1, 1932 in Chicago, Illinois, and is survived by his wife of 56 years, Marion McGlone, and his brother Richard McGlone of Northridge, California.

A memorial service and life celebration was held on Sunday, August 9, 2015, at the Krauss Hall duck pond and garden, on the campus of UH Mānoa. That was one of Bob’s favorite sites on campus, where he could often be seen relaxing and enjoying his lunch.

The family suggests memorial contributions be sent to:

Dr. McGlone made us better students, teachers, and people—we will all carry him with us in our hearts. He was a good colleague and dear friend. 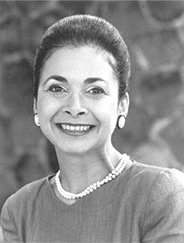 Dr. Sharon Minichiello passed away at her home in Honolulu, Hawaiʻi at age 79. Born in Lynn on June 24, 1939 and raised in Saugus, Massachusetts, she was the eldest of four daughters of the late Philip and Margaret Minichiello. Dr. Minichiello was a longtime resident of Hawaiʻi, where she was a retired professor of Japanese History and former director of the University of Hawaiʻi at Mānoa Center for Japanese Studies.

Dr. Minichiello was a renowned and much admired scholar and professor. She was the author of several books on Japanese modernity and the recipient of numerous awards honoring her work as a teacher and her efforts toward fostering better understanding between the United States and Japan. These include: the Crown Prince Akihito Scholarship, the Crown Prince Akihito Scholarship Foundation Distinguished Service Award, the University of Hawaiʻi Board of Regents’ Medal for Excellence in Teaching, and the UH Mānoa ʻOhana Award for Outstanding Service to Students, among others.

Dr. Minichiello leaves her much-loved sisters, Maureen Villiotte and her husband Dr. James Villiotte, Margaret Williamson, and Jane Gammon, 13 nieces and nephews, 21 great-nieces and nephews, three loving aunts and many dear cousins. She will be greatly missed by her family, friends, colleagues, and former students.

In lieu of flowers, donations may be made to the Hawaiian Humane Society, 2700 Waialae Avenue, Honolulu, HI 96826.