Phi Alpha Theta is the national honor society for history students, which brings students and faculty together to share their interests in history. The Alpha-Beta-Epsilon chapter has been very active in sponsoring and sharing history with students and the local community. Some of the various activities sponsored include: organizing and hosting the annual Hawaiʻi regional conference, attending mainland conferences, arranging for guest speakers to present their research, participating in Hawaiʻi History Day at the district and state levels, and engaging in grant-writing and other fundraising activities to finance these activities and our social gatherings. There are five officers, who are elected annually by the current membership of the chapter: president, vice president, secretary, treasurer, and historian. Members of Phi Alpha Theta are also eligible to wear Honor Cords during their Commencement Ceremony. Honor Cords are available from the Faculty Advisor.

Membership requirements to join the Alpha-Beta-Epsilon chapter are as follows:

At the time of application, a one-time membership fee of $50 is required of all applicants. Membership is not limited to history majors. For more information about joining Phi Alpha Theta, please contact us at patmanoa@hawaii.edu 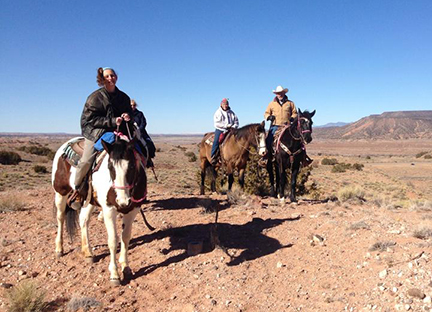 Welcome Note from the Chapter Presidents

Phi Alpha Theta (PAT) is a nation-wide honor society for History Majors and we have our award-winning Alpha Phi Beta chapter here at UH Mānoa. Through the years, we have worked together, helped each other raise funds for student travel, formed lifelong friendships, made important professional connections with professors and academics from all over, and honed our skills together as emerging historians.

And as historians, we are obsessed with periodizations and arbitrary markings of time. We are not easily impressed by new years and are skeptical about new decades. And yet, (perhaps against our better judgment,) we can’t help but find it intriguing to think about the (20)20s as being a profoundly unique and formative decade. This prompts us to wonder: what would Phi Alpha Theta (PAT) UH Mānoa’s “ten year challenge” look like?

2014
PAT Mānoa and the professor who started it all, Dr. Robert McGlone, celebrated his 30th anniversary of service to Phi Alpha Theta. In 2014 we sent seven students to the PAT Biennial Convention in New Mexico where we received a lifetime achievement award on behalf of Dr. McGlone.  At the 30th Annual Hawaii Regional conference, a new prize, The Robert McGlone Prize in Biography, was created to honor Professor McGlone. Dr. Karen Jolly and Dr. Peter Hoffenberg took over the challenge of continuing his legacy and serving as our new faculty advisors.  Later that year, Alpha Beta Epsilon won the Phi Alpha Theta National Best Chapter Award (Division V).

2015
In 2015, members also participated in the Women’s Studies Colloquium for the first time, a precedent that would be followed by presentations for the General Federation of Womenʻs Clubs (GFWC) History Club of Honolulu. 2015 was also the first year that we  held our Annual Regional conference at BYU Hawaiʻi. More than 20 participants from UH Mānoa took a Roberts Tour Bus up to Lāʻie for the conference.  During the summer, our chapter assisted at the North American Victorian Studies Association conference in Honolulu. We also marked a sad day in 2015.  Dr. McGlone passed in the summer of 2015; we honored his legacy at a memorial in his favorite place – the Krauss Hall duck pond. As Dr. McGlone urged us, “We continue to believe that Phi Alpha Theta is a good early step toward making a career in history.”

2016
A record 16 students and 1 faculty member attended the Biennial convention in Orlando, Florida in January 2016. It was a monumental effort to send our large team, but we brought an entire ʻohana!  Shirley Buchanan received a special award at the conference for service to PAT and in the fall of 2016, our chapter brought home the PAT National Best Chapter award AGAIN!  We also helped to organize the 32nd Annual Hawaiʻi Regional Meeting at Hawaiʻi Pacific University – Aloha Tower.  This was a first for HPU and we are so proud we could facilitate. What is more, our chapter members continued to participate in Hawaiʻi History Day events and help with our History Departmentʻs booth at the Mānoa Experience.  This has become part of our annual work each year.

2017
2017 was another busy year as we continued to recruit and fundraise for our chapter. Our 33rd Annual Hawaiʻi Regional was held at Chaminade University for the first time ever. We also helped Dr. Karen Jolly organize a conference for the International Society of Anglo-Saxonists (ISAS) held at UH Mānoa in the summer of 2017.   J. Uluwehi Hopkins presented a lecture on Polynesian Wayfinding & Navigation, while Chelsea DeMott organized history excursions on Oʻahu and the Big Island of Hawaiʻi for international visitors.

2018
We started the year by sending a large contingent of 12 students to the 2018 PAT Biennial Convention in New Orleans. We also initiated a student-led series of screenings on History Through Film. Additionally, we hosted the 34th Annual Hawaiʻi Regional at UH Mānoa and this time we were honored to have Dr. Graydon (Jack) Tunstall and his wife Wendy Tunstall come all the way from Phi Alpha Theta national headquarters to attend our regional conference.  Both have served as Executive Directors of PAT and this was their first visit to our island! We also named a new paper prize to honor the work of Dr. David Chappell and Dr. David Hanlon – the Oceania History Prize.  What is more, we capped off the year with one more award – 2018 National Best Chapter Award (Divison V)!

2019
In 2019, our chapter continued to grow. We recruited a new faculty advisor to assist us: Dr Cheehyung Harrison Kim. Dr. Kim led the way as we assisted with organizing the 35th Annual Hawaiʻi Regional Conference at UH Hilo.  This was the first time the conference was held on the island of Hawaiʻi and we were able to send 20 students to the regional with the continuing support of our UH History department.

2020
Our new decade is off to an amazing start!  With support from our longtime donors, the History Dept., and the College of Arts & Humanities, our chapter once again sent a large contingent to the 2020 PAT Biennial Convention in San Antonio, TX. Accompanied by Dr. Kim, 9 students presented their research and helped promote the amazing work we do here at UH Mānoa.  Our chapter will again assist with organizing the 36th Annual Hawaiʻi Regional to be held at HPU on March 28, 2020.

If we are to believe that the ‘10s was indeed a seminal decade for PAT, then this decade could arguably be characterized as one of transition leading to growth in new and perhaps unexpected ways. As we remember the foundational work of Dr. McGlone and his students before us, we are challenged to imagine new futures for PAT UH Mānoa.

We can’t wait to build new futures with all of you this new year (and decade!) We hope to see you in our upcoming meetings and events. If you are interested in joining or simply want to learn more about our organization, please contact us at patmanoa@hawaii.edu.