MENUMENU
About
Home > About > Exhibits > A Digital Exhibit of Filipina/x in Hawaiʻi: Our Movements, Archives, & Memories

A Digital Exhibit of Filipina/x in Hawaiʻi: Our Movements, Archives, & Memories 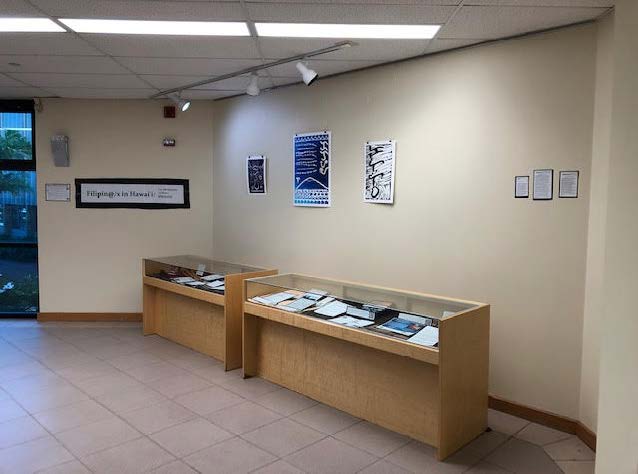 The following information is available as a pdf

From October 19 to November 30, 2021, the University of Hawaiʻi at Mānoa Hamilton Library first floor Bridge Gallery is featuring “Filipina/x in Hawaiʻi: Our Movements, Archives, & Memories,” in observance of Filipino American History month. To visit this exhibit in person, public patrons must submit a research appointment on this form; enrolled UH students and working staff and faculty must show their UH ID card at the door. For those who are unable to visit the library, this information provides access to some of the digitized items featured in the exhibit.

This exhibit features Urban Babaylan, a Filipina/x community group based on Oʻahu, Hawaiʻi, that has committed to decolonization by responding to Indigenous movements in Hawai’i and in the Philippines. Members of Urban Babaylan mentored other community members to continue this work, leading to the creation of Women’s Voices, Women Speak (WVWS), Decolonial Pin@ys, among many organizations.

Read more about the herstory of the Urban Babaylan on eVols. View a Talk Story recording of exhibit contributors discussing the co-founding of these groups, the rhizomatic community organizing with Kanaka Maoli, Oceanic, LGBTQ+, and other marginalized community movements for decolonization and demilitarization, as well as articulating aspirations for education in Hawai’i, the Philippines, and internationally.

This exhibit offers some community-based and scholarly Filipin@/x diasporic research and dialogue with Kanaka Maoli principles and practices of living Aloha ʻĀina.

Against the wall, view visual art pieces of Ilaw, Kalayaan, and Kaluluwa, written in Baybayin, the Tagalog pre-colonial writing system. They also include batok designs used in traditional Ilocano and Cordillera tattooing (Created by Chris Lipat). 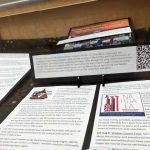 The right display case features some of the campaigns of Decolonial Pin@ys weaving the sovereignty struggles of Indigenous peoples of the Philippines and of Hawaiʻi. 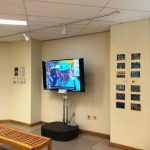 The computer monitor plays an excerpt from a documentary “Women Against Militarism: Reclaiming Life, Land, & Spirit,” which covers the first Hawaiʻi delegation to the Philippines that began a relationship with other women’s peace movements in the region. After this international experience, WVWS was formed in Hawai’i.


Acknowledgements
This exhibit is in memory of Bernadette “Gigi” Miranda