Kevin Nute, an Associate Professor of Architecture here at UH has recently released his new book, titled The Constructed Other, about Japanese architecture in the Western mind. Nute, who received his PhD from the University of Cambridge, focuses his research upon the ways in which forms migrate across cultures, learning from Japanese architecture, the natural animation of indoor spaces, and time in constructed spaces.

The abstract for the book itself is as follows: 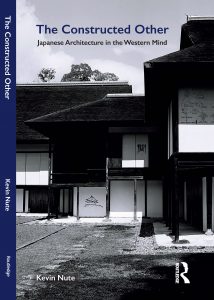