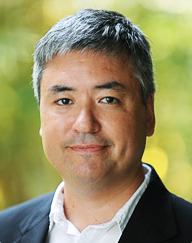 Mark McNally received his BA degree from Pomona College in Asian Studies (1990) and his MA and PhD degrees in History from UCLA (1995, 1998). He spent three years in Nagoya as a participant in the Japan Exchange and Teaching Program (1990-1993). He has been a Postdoctoral Fellow at the Edwin O. Reischauer Institute of Japanese Studies at Harvard University (1999-2000) and a Foreign Research Scholar at Tokyo University’s Historiographical Institute (2005). In 2008, he was the Erwin von Baelz Guest Professor at the Eberhard Karls University, Tübingen (Germany). He has been a recipient of various grants and fellowships, including a Fulbright fellowship. His research interests are primarily in early modern Japanese social and intellectual history, including Confucianism and Kokugaku. He is currently writing a monograph on the Ryūkyū Kingdom and early modern Japan.