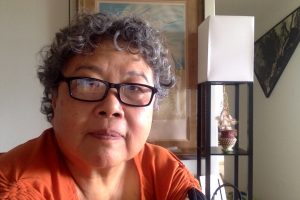 Since 1991, Dr. Ning’s administrative duties have included general oversight of the Center, assistance with long-term fundraising for endowments in Chinese Studies, Center-wide initiatives including international links and study abroad programs, town-grown projects such as Legacy: History of the Chinese in Hawai’i, and grant-writing/project management for projects such as the ABC (Alphabetically-based Computerized) Chinese-English Dictionary. Her research interests include Chinese language pedagogy and materials development, Chinese comic literature, and Chinese film. She regularly conducts teacher training classes for secondary and post-secondary levels on performance-based language testing and training, and gives a wide range of lectures on Chinese culture to both academic and non-academic audiences. In 1998, she was president of the US-based international Chinese Language Teachers Association, in 1999 its immediate-past president, and from 2000-2009 served as its executive director. She is also the author of several Chinese language textbooks published by Yale University Press. For example, see http://www.encounterschinese.com.