This was reported in UH NEWS, at https://www.hawaii.edu/news/2021/10/06/professor-emeritus-award/ 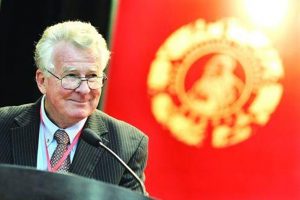 A University of Hawaiʻi at Mānoa professor has been awarded China’s highest honor given to foreign experts who have made outstanding contributions to China’s drive toward modernization. Department of Philosophy Professor Emeritus Roger T. Ames was presented the Chinese Government Friendship Award in Beijing on September 30, by Chinese Premier Li Keqiang as part of China’s National Day celebration.

“In China, as in our host Hawaiian culture, good friends become part of the family. I have always felt this way at Peking University in my classroom and among my colleagues,” Ames said.

This work is an example of UH Mānoa’s goal of Excellence in Research: Advancing the Research and Creative Work Enterprise (PDF), one of four goals identified in the 2015–25 Strategic Plan (PDF), updated in December 2020. 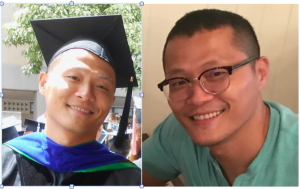 Yuan-Yu Kuan has been appointed POSTDOCTORAL RESEARCH SCHOLAR at ACADEMIA SINICA, the premier research institution of Taiwan. This prestigious and highly competitive award supports research and publication for emerging young scholars. The appointment (July 2021-June 2023) provides access to the vast and comprehensive archives of the Academia Sinica and other archives throughout the nation. His advisor is Dr. H.C. Tasaw Lu from the Institute of Ethnology, Academia Sinica. Kuan completed the PhD at the University of Hawaiʻi in 2019, with a dissertation in ethnomusicology titled “Musical Navigation: Cultural Hybridity and Indigeneity among Islands of the Ryukyus and Taiwan”. He was mentored by Prof. Frederick Lau. He has been on the faculties of the Ethnomusicology Program and the Asian Studies Program at the University of Hawaiʻi. The award supports development of a major publication on contemporary interactions between indigenous peoples of Taiwan and the Ryukyus and provides resources for his ongoing explorations of indigenous constructions of gender in Taiwan and their Austronesian connections. Congratulations to Dr. Yuan-Yu Kuan!
(Ric Trimillos 6/28/21)

Message from Camilla Nelson, dean of the Richardson School of Law

I write in recognition of our colleague Professor Ron Brown and to announce his retirement in the summer of 2021. Please join me in thanking Ron for his myriad contributions to Richardson Law.

Professor Brown joined the School of Law as a full professor on August 1, 1979 after being a tenured full professor at the College of William & Mary Law School. He has primarily taught labor and employment law, employment discrimination law, arbitration, Chinese law, Asian International and Comparative Labor Law, and U.S.-China Labor & Employment Law, in addition to other courses.   He has published three books: East Asian Labor and Employment Law: International and Comparative Context (Cambridge 2012), Understanding Labor & Employment Law in China (Cambridge 2010), and Understanding Chinese Courts and Legal Process: Law with Chinese Characteristics (Kluwer 1997), and has authored an extensive list of additional publications. He also a nationally recognized labor arbitrator for local and national labor disputes.

During his career, Professor Brown has achieved significant accomplishments through his professional activities. He worked in China under the USIA’s professional-in-residence program, has served as a Consultant with the World Bank, and has lectured throughout Asia on comparative and international labor law topics. He has taught U.S.-China Comparative Labor Law at Peking University Law School and has served there as a foreign advisor on graduate law programs. He also serves as an Editorial Board Member on the Hague Institute for Global Justice, International Labor Rights Case Law Journal, the European-China Law Studies Association, and he conducts legal exchange and international training programs for Chinese lawyers, judges, law drafters, and prosecutors under arrangements with key government legal agencies.

Professor Brown’s contributions extend to various other programs within the University of Hawai`i at Manoa. From 2000–2006, he served as the University’s Director of the Center for Chinese Studies and taught in China for three years, first at Peking Law School, then as a USIA Professional-in-Residence working with the China’s Supreme People’s Court, and in another year, taught at both Peking University Law School and Tsinghua University Law School as a Fulbright Distinguished Scholar, teaching U.S. and Chinese Labor & Employment law. From 2000 – 2008, he taught in the Master of Human Resources Management Program in the College of Business Administration, Japan Management Institute of Management Science (JAMIS) program.

Professor Brown’s forty years of dedicated service and success as an educator, scholar, and community leader are greatly appreciated. Our Richardson Ohana wishes him the very best on the next stage of his personal and professional journey.

I met Chief Justice Richardson at William & Mary Law School at a Supreme Court conference, and he invited me to come to Hawai‘i to teach at the new law school he started, so here I am! In the 42 years I’ve been at UH, I’ve watched the university getting better and better. At the Law School as well, the faculty and students keep getting better, and are very competitive nationally.

I’m less sanguine about the U.S.-China relationship overall. It has changed from the warm and friendly embrace of mutual exchanges in the past, to a shift in national leadership, loosening that embrace today. China’s growth is complex: economically, it is a powerhouse, reaching out globally, at the same time tightening controls over diverse viewpoints. I’ve enjoyed my years in the field and have felt that I was always growing and gaining new insights, especially about China—about robots and automation, the Belt & Road Initiative, Free Trade Agreements, facial recognition and ubiquitous cameras, but under it all, the same warm and friendly people. The government still keeps track of sunny sky days and, at a personal level, Chinese friends remain friends.

My years as the CCS director were meaningful to me, as were the many judicial and legal exchanges I ran under the U.S.-Asia Law Institute. The years I lived in China and taught at Beida and Tsinghua were particularly memorable.

But after 50 years of teaching here and at William & Mary, it now seems the right time to take a step back, although I still hope to continue publishing, teaching and traveling. And maybe jog a little more, and visit relatives.

A few words to others who remain in the arena: I can’t think of a more interesting and rewarding field to immerse oneself in, whether it be in law, language, culture, etc. Try to live there and get to know the people, place and food (!), while you pursue your academic interests. Friendship between China and the US. will eventually blossom again, and in the meantime, it is important to keep learning about each other, and gain greater understanding of both the governments and the people. 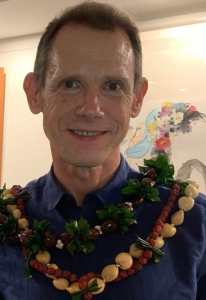 Daniel Tschudi (né Daniel Cole) is retired as of August 1, 2019. Daniel was the coordinator of the Center for 28 years, st 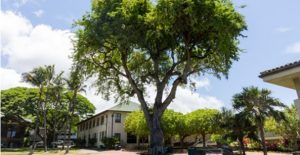 The tree was planted in 1842 during Punahou School’s first academic year, and in 2019 became the oldest living object on campus.

In the 1880s, Dr. Sun Yat-sen attended Punahou School (then called Oahu College), obtained seedlings from the tree, and brought them with him to Cuiheng Village in Guangdong, when he returned.
Read more…