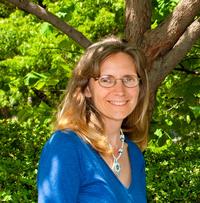 A scientist with interdisciplinary training in biological and social sciences, Dr. Eleanor Sterling was director of the American Museum of Natural History’s Center for Biodiversity (CBC) from 2000-2014 before moving to her current position and has more than thirty years of field research experience with direct application to conservation in Africa, Asia, and Latin America. She focuses her current work on the intersection between biodiversity, culture, and languages and the factors influencing resilience in biocultural approaches to conservation.

Dr. Sterling is an expert in strategic planning and evaluation of capacity development. She has extensive expertise developing environmental education programs and professional development workshops, having trained teachers, students, and U.S. Peace Corps volunteers in a variety of subjects related to biodiversity conservation. A portion of Dr. Sterling’s past work involved researching Vietnam’s fauna and flora, which led to the 2006 publication Vietnam: A Natural History, published by Yale University Press.
Dr. Sterling is an adjunct professor at Columbia University, where she served as Director of Graduate Studies for the Department of Ecology, Evolution, and Environmental Biology for ten years. She was awarded the 2012 Faculty Mentoring Award at Columbia University’s Graduate School of Arts and Sciences. She is currently a board member of the Yale Institute for Biospheric Studies and was honored in 2013 by The Society for Conservation Biology (SCB) with its Distinguished Service Award for “outstanding contributions to the field of conservation biology.” Dr. Sterling served on the SCB board in various positions since 2001, and currently serves as co-chair of SCB’s Diversity Committee. Dr. Sterling received her BA degree in psychology/biology from Yale College in 1983, and MPhil and PhD degrees in anthropology and forestry and environmental studies from Yale University in 1993.

Dr. Sterling’s current primary research is focused on the intersection between biodiversity, culture, and languages and the factors influencing resilience in biocultural approaches to conservation. Her previous work was in behavioral ecology, particularly of endangered animals, including primates and marine turtles, and on biogeography and its application to conservation. She also focuses on tools for elucidating spatially explicit information on species and assemblages of species. At AMNH she has engaged in systems-level research on endangered species and high biodiversity ecosystems. A scientist with interdisciplinary training in biological and social sciences, Dr. Sterling has performed field research in Africa, Asia, and Latin America and recently co-led genetic, epidemiological, and behavioral ecology research on the seat turtles of Palmyra Atoll, the Solomon Islands, and the broader Pacific. She is also considered a world authority on the aye-aye, a nocturnal lemur found in Madagascar. In 1998 Dr. Sterling spearheaded the establishment of the CBC’s Network of Conservation Educators (NCEP), an international group that develops sound biodiversity conservation practice by improving conservation training at the undergraduate, graduate and professional level. She has curated five exhibitions at AMNH and is most recently the co-curator of the Museum’s exhibition on the global food system: Our Global Kitchen: Food, Nature, Culture. Two of the exhibitions she curated are still traveling around the world.