The 4-H Ahaolelo is rich in tradition. The week of “coming together” has played an important part in the development of 4-H in Hawaii. The 4-H Ahaolelo provides opportunities to make friends and exchange ideas.

The word Ahaolelo means “To come together for a meeting” in Hawaiian. The name was adopted in 1947 when 99 4-H members and leaders participated in the 4th territorial 4-H Conference. By 1958, the number of delegates increased to 212. The conference expanded to include a delegation of 12 California members and chaperone in 1965 and again in 1967 when 10 members and two leaders attended. In 1968, delegates from Canada, Guam and another delegation from California attended Ahaolelo. In 1988, Micronesians joined us and in 1989 and 1990, Guam joined us. Japan’s LABO students were part of Ahaolelo in 1991 and 1993.

Gifts to the Alii
One of the distinctly Hawaiian features of the 4-H Ahaolelo is the annual presentation of representative products of the land to persons who symbolize the highest type of leadership in Hawaii. This is called the “Gifts To The Alii” presentation. This tradition was started in 1953 when Governor and Mrs. Samuel Wilder King were recognized. Other recipients are as follows: 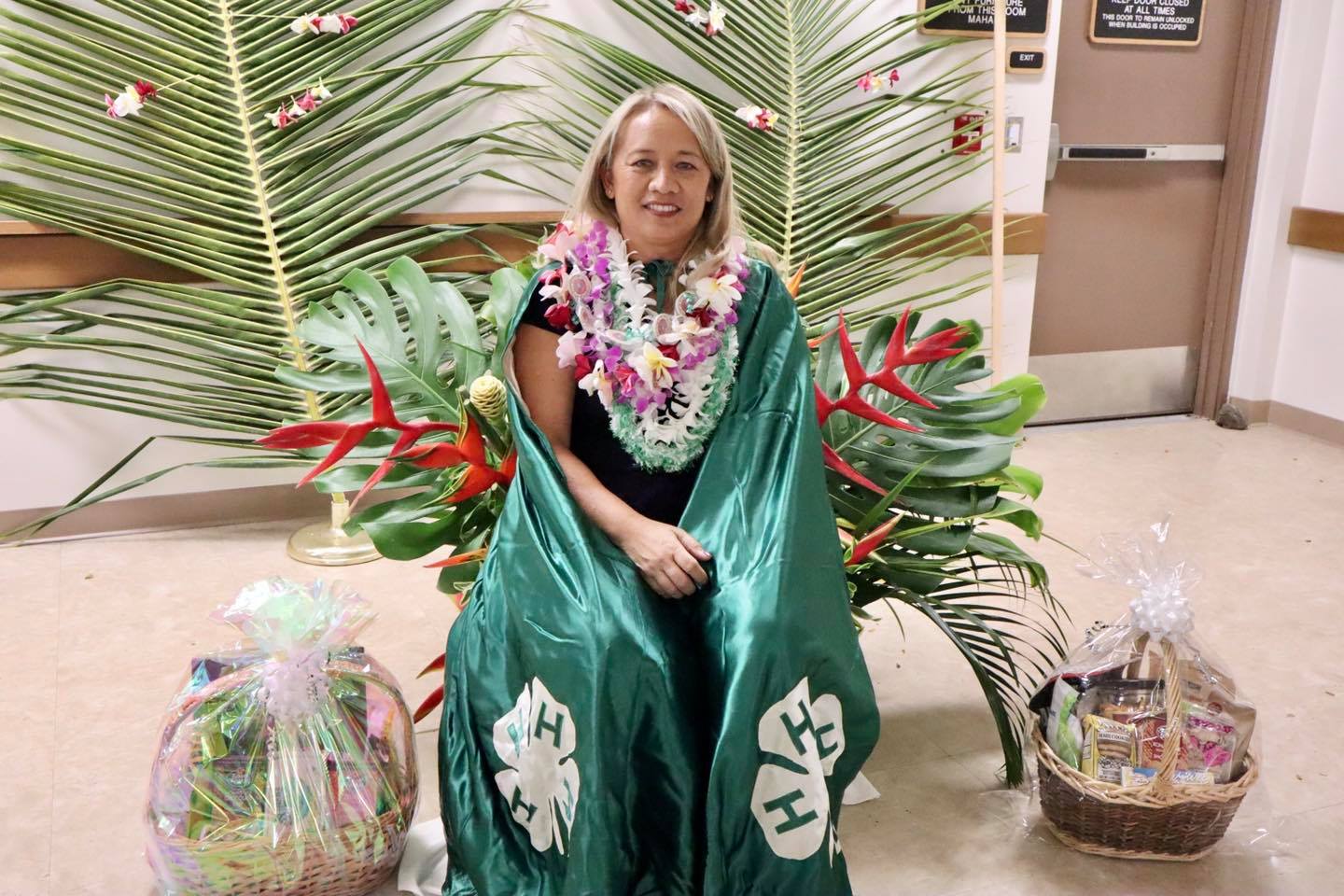 The 4-H Ali‘i ceremony is a tradition that includes the recognition of honored guests and the “Gifts to the Ali‘i” presentation of locally significant gifts from each county 4-H program. Community members are chosen as Ali‘i based on the 4-H program values of leadership and community service. This year’s recipients is Hawaii State Senator Lynne DeCoite. 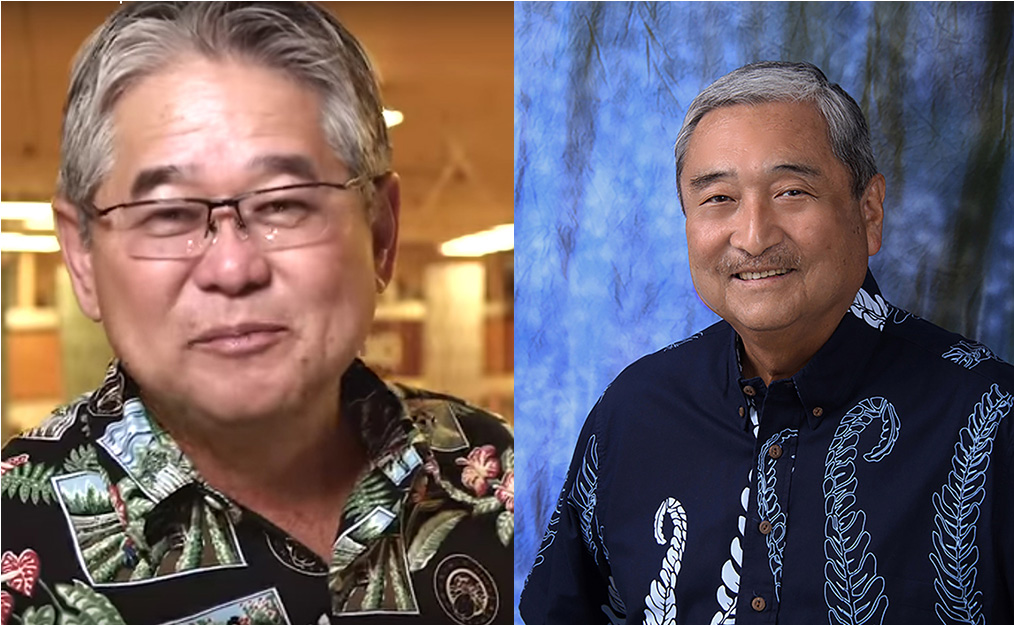 The ‘Aha‘ōlelo Ali‘i ceremony is a tradition that includes the recognition of honored guests chosen based on the 4-H program values of leadership and community service. This year’s recipients are Mr. Barry Taniguchi and Mr. Derek Kurisu of KTA Superstores. 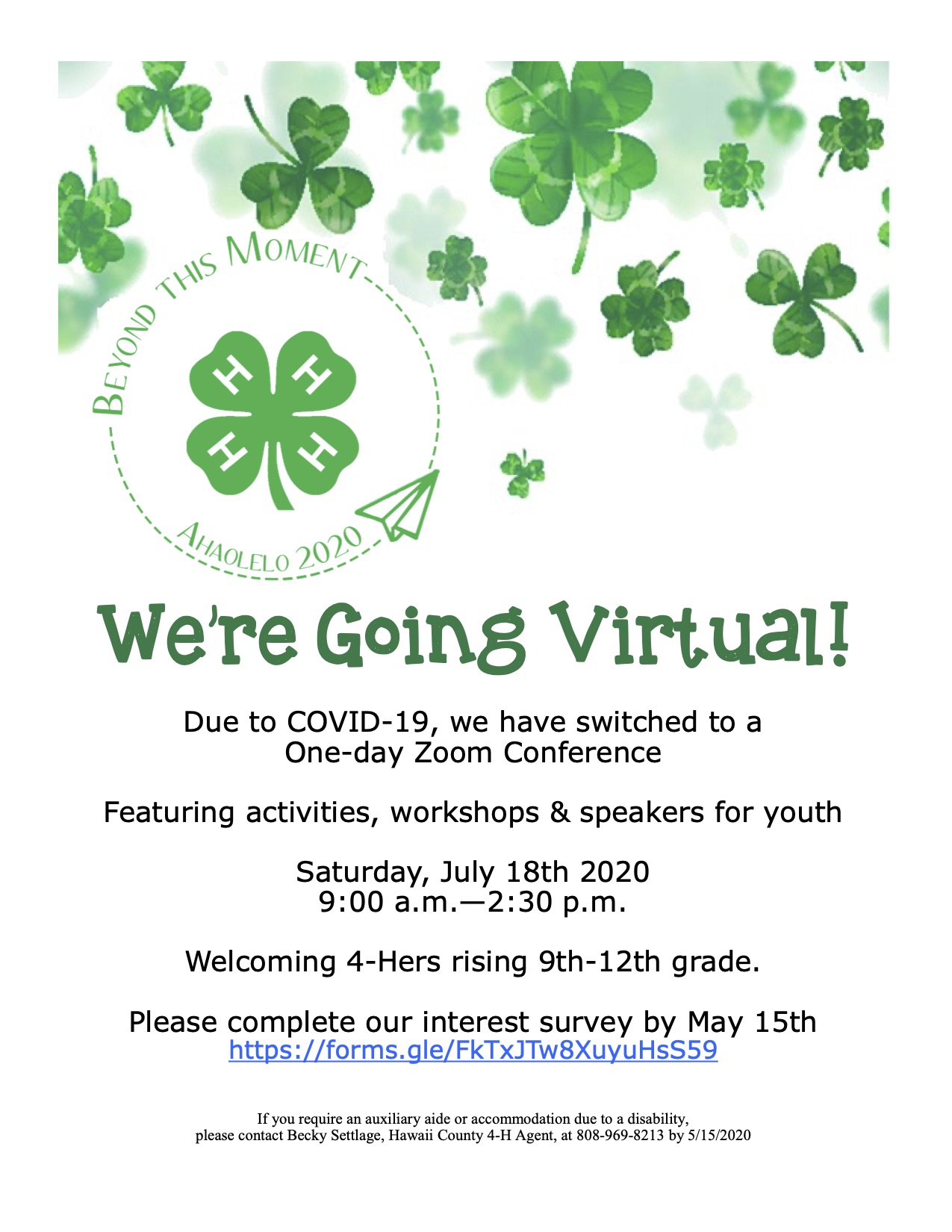 Due to COVID-19, we have switched the ‘Aha‘ōlelo Conference to a One-day Zoom Conference 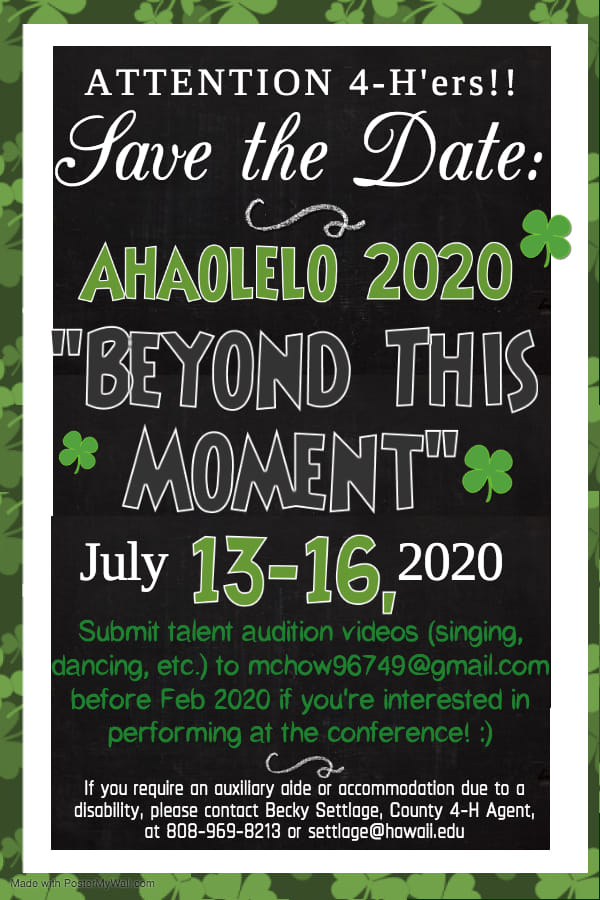