From sites of authority to sites of mutuality

The Museum Studies Graduate Certificate Program at the University of Hawai‘i offers students an opportunity to learn about museums, acquire professional experience, and develop research skills while earning a certificate. Currently housed in the Department of American Studies, it is the only official program in the state to offer formalized training for people interested in making a career in museums. The program is the result of a working partnership between the university, local museums, and the Hawai‘i Museums Association.

Through classes, field trips, guest speakers, workshops, and internships, the program offers a broad spectrum of practical and scholarly experiences for enrolled students. In addition to learning about the roles and responsibilities of museum professionals, students become familiar with the multiple challenges facing local, national, and international museums.

Museums with a rich history

In Hawai‘i, many museums, historic homes, and cultural centers work closely with the multi-ethnic communities in the islands to document, display, and preserve immigrant histories, historic objects, and cultural practices. 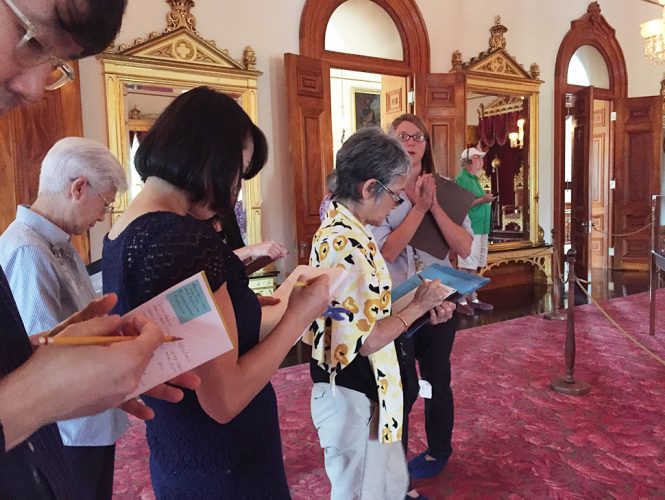 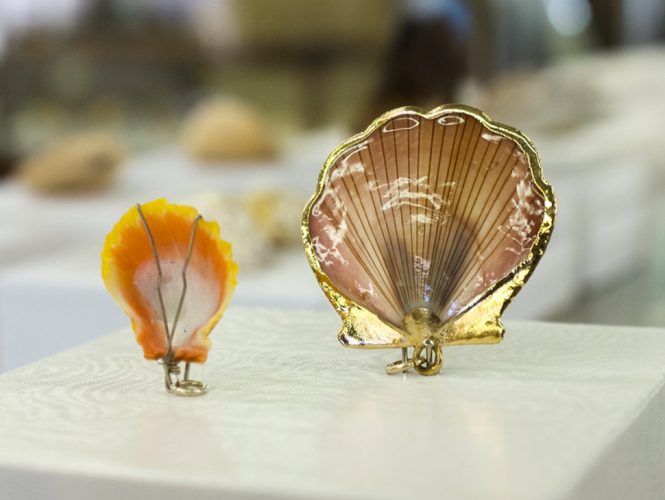 In Hawai‘i, many museums, historic homes, and cultural centers work closely with the multi-ethnic communities in the islands to document, display, and preserve immigrant histories, historic objects, and cultural practices. In addition, many cultural institutions consult with Native Hawaiian scholars, practitioners, and community leaders to develop exhibits that accurately and respectfully present Native Hawaiian perspectives. A few museums are involved in the repatriation process and the return of Native Hawaiian sacred and funerary objects guided by (and in certain instances going beyond) policies articulated in the Native American Graves Protection and Repatriation Act (1990). Museum Studies students in Hawai‘i are encouraged to situate and understand the concerns and criticisms voiced by Native Hawaiians and other indigenous peoples about museum practices within the larger contexts of colonial histories and indigenous struggles for political independence specific to a geographic space.

In Hawai‘i, there are over 90 museums and related places. Among the larger institutions are the Bishop Museum, with the world’s largest collections of Polynesian and scientific objects, and the World War II Valor in the Pacific National Monument at Pearl Harbor. The latter, managed by the National Park Service, includes the U.S.S. Arizona Memorial, one of the most popular tourist destinations in the islands, attracting over 1,500,000 annual visitors. The recently renovated Hawaiian Hall at Bishop Museum (2009), and the new exhibits at Pearl Harbor (2010), offer examples of innovatively designed displays and informative interpretive texts.  Bishop Museum now offers three floors of Native Hawaiian historic and modern objects presented from the perspective of Native Hawaiians. The Pearl Harbor exhibits are notable for depicting the “states of mind” of both the United States and Japan as a way of providing insights on the “road to war” and events that led to December 7th, 1941, when Japanese aircrafts bombed military installations on the Hawaiian island of O‘ahu.

The Honolulu Museum of Art (formerly the Honolulu Academy of Arts) is most widely-known for its large collections of Chinese and Japanese art.  In late 2011, the museum designated its Spalding House site (formerly The Contemporary Museum) as an experimental place where the curation of exhibitions is guided by the museum’s education department. This unique opportunity for the education staff supports and updates many of the mandates set forth by the American Association of Museums in its 1992 report, “Excellence and Equity: Education and the Public Dimension of Museums.”  Students who intern at Spalding House will be able to participate in and learn from the innovative exhibitions and programs planned for this space.

The King Kamehameha V Judiciary History Center in downtown Honolulu is one of the smaller museums in Hawai‘i. Located in a historic building, school groups learn about citizenship and civic education by taking tours of the exhibition gallery, viewing films, and/or participating in mock-court trials presided over by local judges. One of center’s specialties is teacher training. In 2009 and 2011, public and private school teachers attended summer institutes on “The Constitution and Native Hawaiian Self-determination” and the “Challenges of American Citizenship for Native Peoples.” Sponsored by national and local organizations, teachers learned to develop interactive curricula around historic events and legal issues after attending a series of lectures by prominent Native and non-Native legal scholars, and presentations by national educators. Responding to questions about the effectiveness of the institutes, some teachers acknowledged that it “changed my life,” “changed the way I teach,” and “made me a more effective teacher.”

Lastly, the Waikīkī Aquarium and the Lyon Arboretum and Botanical Garden are vital institutions in Hawai‘i for their significance to visitors and the scientific community. Both are affiliated with the University of Hawai‘i and highly regarded for their displays of living collections unique to the Pacific, for conducting scientific research on species and problems in the region, and for promoting environmental awareness and sustainability practices through their educational and outreach programs.

The Museum Studies Graduate Certificate Program (MSGCP) welcomes graduate students concurrently enrolled in other degree programs at the University of Hawai‘i, people who would like to enroll in the certificate program only, or museum professionals interested in updating their skills or acquiring information in other areas of museum work.

The MSGCP consists of six courses or 18 credits (3 credits per class):

Projects supported by the Program

This certificate program is deeply involved with several projects around campus and throughout the community. Graduates are given an opportunity to gain real-world experience during their time in the certificate program. Here are just a few!

The UHVM enables students, educators, researchers, and the public to explore a variety of University of Hawai‘i collections through a single, web-accessible portal.