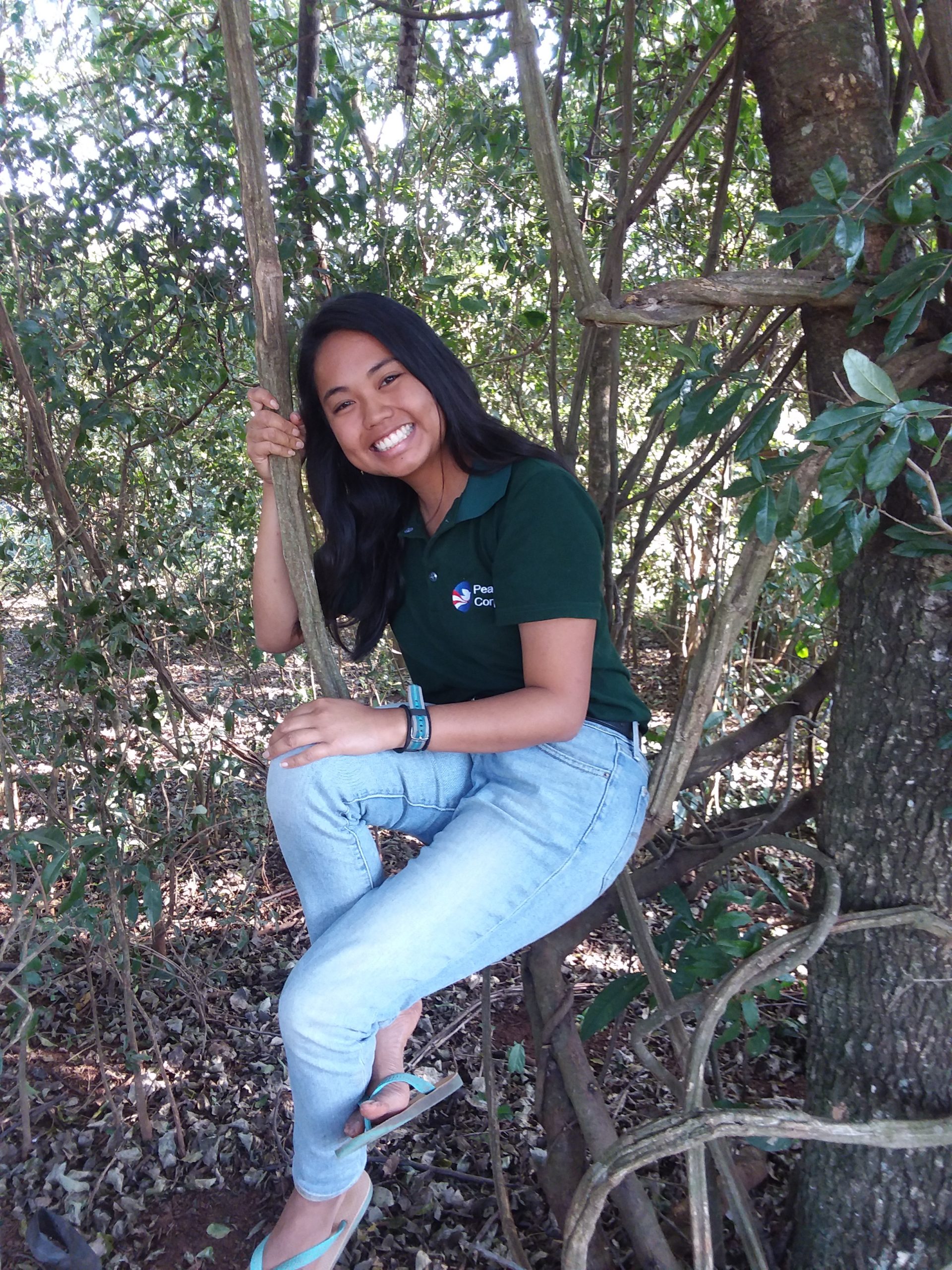 Why did you join the PC?

I wanted more experience in international development after graduating. I studied Crop and Soil Science in undergrad and I wanted to gain more experience in that. I wanted to travel and go somewhere new, but I didn’t have the money for it so the Peace Corps was a good way to do that. I also liked volunteering too.

I wanted to go to Paraguay specifically because they speak Spanish as well as Guaraní (indigenious official language). Studied Spanish in school. My campus recruiter also served in Paraguay and she told me how much she liked it as well!

What was your primary project?

We were in a new framework where we co-facilitated with the Agricultural High School to help students earn their BTA (bachiller técnico agropecuario).

What did you learn while in the Peace Corps?

*chuckles and says that’s a loaded question. Development work doesn’t happen overnight. You can’t just go into a community and tell them what they need. You have to get to know them and build a relationship with them and ask them what they need and want...you can go in with a plan, but that obviously won’t happen if that’s not what they want, they're not gonna work with you. So just going with the flow and adapting to what their needs and wants are, is something big I learned.

What’s your most memorable experience?

My birthday party at site. I made Filipino food and put it on banana leaves. It was also really fun because half of the guests were host country nationals and half were Peace Corps volunteers. It was cool to get them all together. My community got to meet my Peace Corps friends and vice-versa. My Peace Corps friends got them to dance, people were speaking Guaraní to each other, and it was just a fun time.  After that day, my community was talking about that party a year later. It was cool to mix both worlds together and they all got along.

How did you keep yourself occupied? Did you have any hobbies?

I also had a garden and I cooked a lot with my neighbors. I visited my neighbors a lot! During my first three months at site, before my work started, I would just go to a different neighbor’s house every day. They offered me food so I would just eat there and sometimes I would even nap at their house because it was too hot to go outside and walk back home; even if I just met them. I can’t believe I did that! It was fun. Other than that, I would do some crafts sometimes.

What is your go-to dish?

Stir fry. One time I had a carrot party because someone gave me a lot of carrots, about three kilos (6.6 pounds). So, I cooked carrot cake, carrot pizza, and carrot juice. It was super fun!

The first three months at site I was with a host family, but I didn’t really get along with them very well – I guess we just clashed. But then I found this other family that “adopted” me and I ended up living next door to them because a year before I arrived their grandpa just passed away so their family house, which was like a big giant shack, was empty. So, I lived there.

I shared a well, which pumped water up to a tank, with my neighbors so we got water from there. They [my neighbors] had cows and chickens so we just shared everything. And then I had a dog and a cat. They were so cute. I had running water and electricity and also built a sink with recycled glass bottles.

I would wake up and walk a kilometer and a half (0.9 miles) to school and then come home and have a long siesta lunch around 11 am until 1 pm. Then I would go back to school, finish work and then go to the arroyo with my neighbor. We would go swimming or sometimes with my other friend we would go fishing for little fish that we could fry to eat. Once it’s cooler at the end of the day I would go for a walk with a friend or by myself. Then I would cook something or go to my neighbor’s house to hangout and drink Tereré (cold Yerba Maté). They loved to have parties and soccer was really big there. They really like Brazilian funky music and old Paraguayan music too. I lived in the campo (country) so my life was more farming oriented.

Specific to my site there were lots of corn flour foods, lots of starch and oily foods, and they ate a lot of meat. They have Sopa Paraguaya (Paraguayan soup). They would put the soup in the oven and it would cook down to a really good savory cornbread. They have Chipa Guazú (cheese soufflé), Chipa Almidón (Paraguayan gluten-free bread) made from cassava flour, and Queso Paraguay which is like a farmer's cheese. They eat mandioca (cassava) with every meal too. On special occasions or every Sunday, they would eat Asado (roast meat) or Chorizo (sausage).

Were you scared or nervous to join Peace Corps?

I think I was more nervous about the length of time. Two and a half years is a long time and I didn’t have enough money to just fly back home. A lot of volunteers were able to go back home for a holiday or something, but I wasn’t gonna go home the whole time so I think I was most nervous about that aspect. I was excited to meet people though!

What did your family think about you joining?

What’s your plans now that you’re back from the Peace Corps?

I’m gonna get my masters. I really like working with people and working outside, so something where I can combine the two. I want to do something more service-oriented or developmental oriented. So, something with a non-profit or NGO. When I was in AmeriCorps I did a lot of educational programming so that’s fun; working with kids is fun. I really just like being outside so hopefully I'll be doing something with agriculture or natural resources.

Do you still keep in touch with people from your community?

I still talk to a lot of them on WhatsApp. One of them texts me once a week and asks how I’m doing. I follow a lot of them on Instagram and Facebook too. It’s nice that there is social media so we can stay connected. One day I would want to bring them over. I can’t wait for the day I can pay for them to come visit or I can go there. I want to go back for my neighbor’s quinceañera which will be around the time I graduate.

Don’t have any expectations because otherwise you’re gonna disappoint yourself or you’re just gonna stress yourself out. 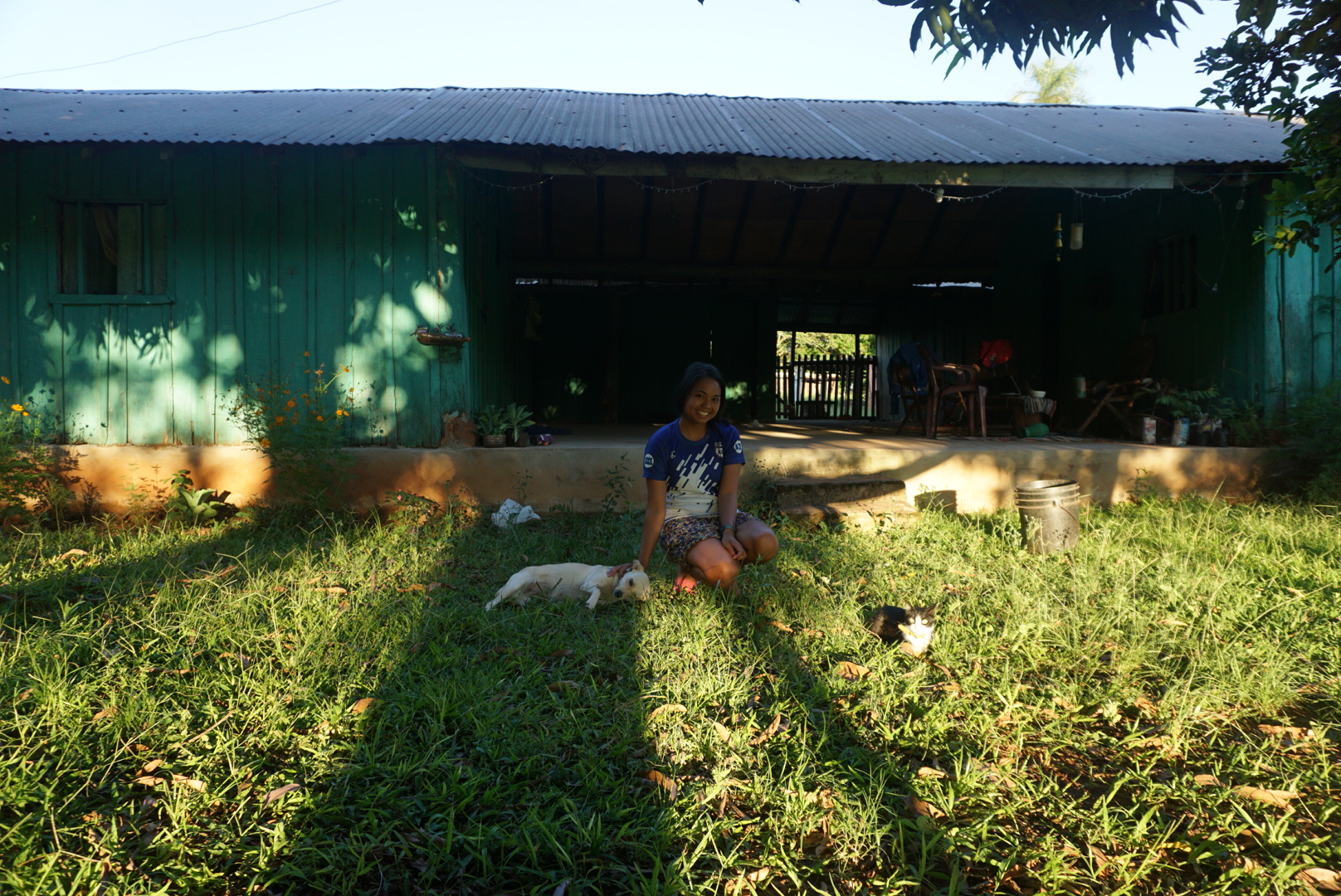 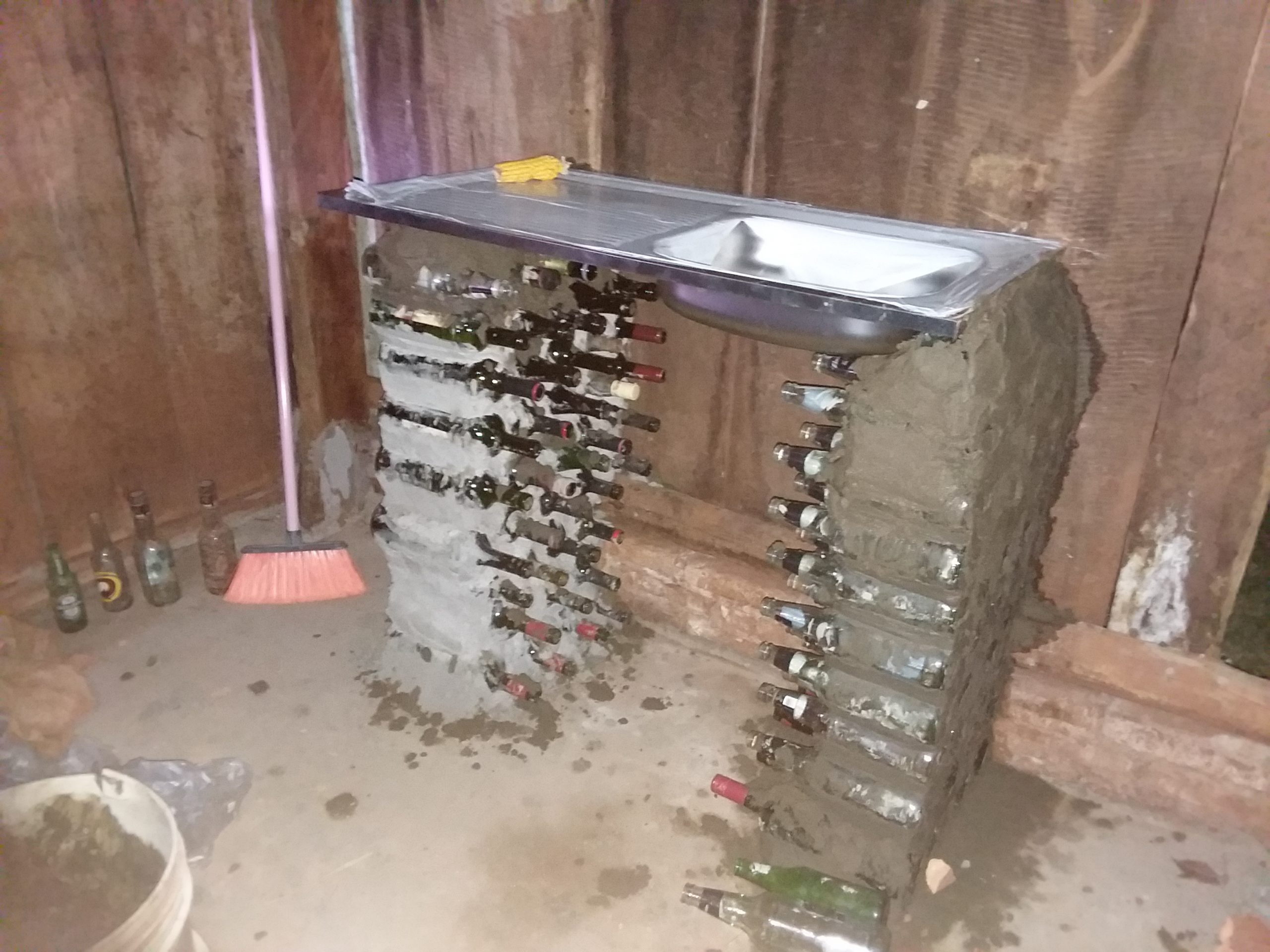 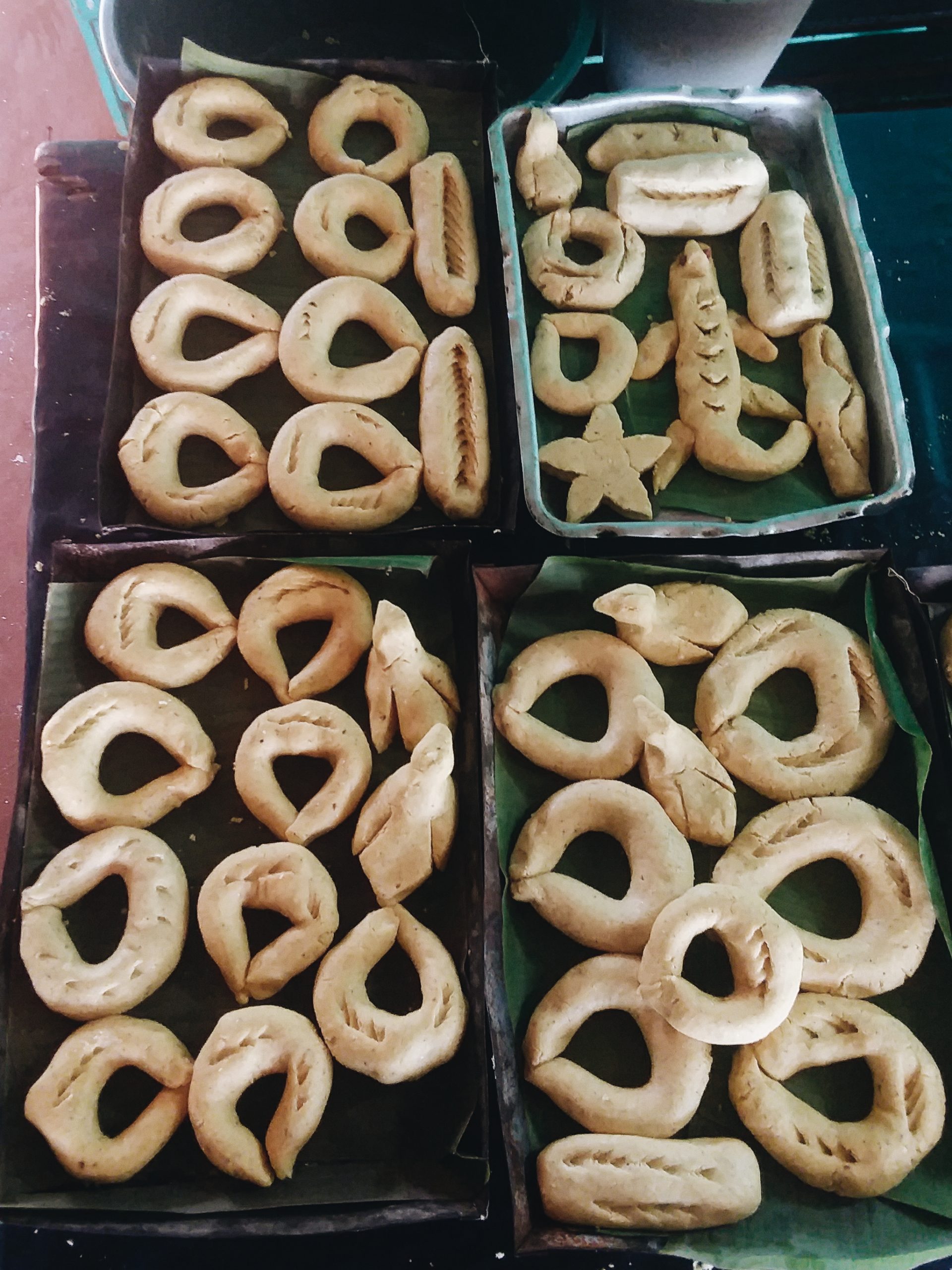