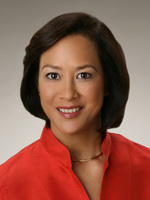 Dr. Claire L. Asam, Ph.D. has long been a committed advocate for “Nā Pua o Hawai‘i Nei”, the children of Hawai‘i. Her professional career began at the Kamehameha Schools (KS) where she educated Native Hawaiian children. She remained at the schools for 25 years in teaching, research, and administrative positions including director of training and dissemination for the Kamehameha Elementary Education Program (KEEP) which helped teachers in Hawaiian communities improve their students’ literacy achievement. During her tenure she also contributed to efforts in extending the reach of Kamehameha’s educational systems through partnerships with the State Department of Education and the establishment of Kamehameha’s Maui and Hawai‘i campuses. Focused on working with Hawaiian children, Dr. Asam moved from Kamehameha Schools to become the president and executive director of the Queen Lili‘uokalani Children’s Center (QLCC). Under her leadership QLCC impacted thousands of Hawaiians, orphans and impoverished children across the state annually by helping to strengthen families and build healthy communities. Then in 2007 Dr. Asam was named a trustee of the Lili‘uokalani Trust. In addition to her Trust responsibilities, she continues to volunteer her expertise in support of education and community boards including the HKL Castle Foundation Board of Directors, and the MBT School of Social Work Dean’s Advisory Council. Dr. Asam was named Woman of Distinction by the Girl Scout Council of Hawai‘i, received the I Ulu Ke Kumu award from the Hawai‘inuiakea School of Hawaiian Knowledge, and honored as a Distinguished Alumna by the University of Hawai‘i and the Kamehameha Schools for her dedication to Hawai‘i’s children.

Senator (Ret.) Suzanne Chun Oakland has served her community with dedication throughout her life. She currently is the Program Coordinator for Lanakila Multi-Purpose Senior Center. In her 26 years of service in the Hawai‘i State Legislature, she has been a leading advocate for children, the elderly, families and underserved communities. She served as Chair of the House and Senate Committees on Human Services for most of her career. She focused on child welfare, adult protection, long term care, Medicaid, affordable housing, public housing, vocational rehabilitation, public assistance, and early childhood education and care. She also served on the Committees on Agriculture, Health, Economic Development, Education, Government Operations and Housing, Energy and Environment, Hawaiian Affairs, Transportation, Water/Land, and Ways and Means. Senator Chun Oakland continues to be very active in the community. She was the co-founder and co-convener of the Keiki and the Kupuna Caucuses, co-convener of the Women’s Caucus, chair of numerous legislative task forces and working groups, and a member or officer of over 50 community organizations’ boards. She has provided invaluable support to human and social service organizations such as Blueprint for Change, the Sex Abuse Treatment Center, Lanakila Multi-Purpose Senior Center, Susannah Wesley Community Center, the Pediatric Council of Hawai‘i, and the Hawai‘i Children’s Trust Fund. The daughter of retired Executive Director of Kalihi YMCA Philip S. Chun and retired social worker Mei-Chih Chun, Senator Chun Oakland was born and raised in Honolulu, is an honor graduate of McKinley High School, and earned two BA degrees in Communications and Psychology from the University of Hawai‘i at Mānoa. Her sister, Jeanne Chun, works for the San Francisco Community Foundation and her brother, Randall Chun, is a graphic artist. Her husband of 23 years, Mike Oakland, is a Deputy Sheriff and Kapolei Courthouse Section Commander. She and Mike have three children – Mailene, Christopher, and Lauren. She also has six grandchildren.

Ms. Janis A. Reischmann is the executive director of Hau‘oli Mau Loa Foundation, an independent grantmaking foundation with offices in Honolulu. She has served in this capacity since April, 2008 and was hired as the Foundation’s first staff member. In this capacity she has overseen all aspects of the development of the Foundation’s grantmaking and operations, working closely with its board of directors. In 2011, Janis was asked to serve as a member of the Foundation’s board. The Foundation makes grants primarily in Hawai‘i but also has a small international grantmaking program. Most of its grantmaking is focused on children and environmental issues. Currently the Foundation has a full time staff of five and in 2013, an annual grants budget of approximately $7.5 million. Ms. Reischmann brings to her role more than twenty-five years of work in the nonprofit sector. She was the vice president for Hawai‘i’s statewide community foundation overseeing its grantmaking and private foundation services and led a consulting firm specializing in organizational and project development. She served as adjunct faculty at the University of Hawai‘i at Mānoa Myron B. Thompson School of Social Work where she taught community development. She has masters degrees in social work and business administration, both from the University of Hawai‘I at Mānoa. In her deep commitment to our community, she has served on various nonprofit boards; was a founding member of the Women’s Fund of Hawai‘i; serves on the advisory board of Queen Lili‘uokalani Children’s Center; and was recently invited to serve as a member of the board of the Keith and Judy Swayne Foundation. 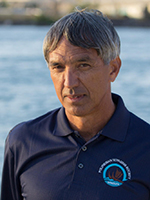 Charles Nainoa Thompson, President of the Polynesian Voyaging Society, is a pwo (master) navigator and the first Native Hawaiian since the 14th Century to practice wayfinding (art and science of ancient non-instrument navigation) for long distance ocean voyaging.

Nainoa’s years of experience and learning from his kūpuna have culminated in the realization of his vision of the Mālama Honua Worldwide Voyage, led by the Polynesian Voyaging Society and blessed by global leaders including Nobel Peace Prize Laureate Archbishop Desmond Tutu and His Holiness the Dalai Lama. This 3-year, extraordinary voyage which was completed in June 2017, engaged and united all corners of Island Earth, sailing 47,000 nautical miles to nearly 100 ports and 25 nations. Its purpose was to practice sustainable living while sharing Polynesian culture, learning from the past and from each other and creating hope and global relationships around protecting our most cherished values and places from disappearing.

A leader in transforming education, Nainoa is the Co-Founder and Advisory Board Member of Mālama Honua Public Charter School, established in 2014 and dedicated to indigenous cultural values reflected in value- and place-based education. Nainoa is a former Regent of the University of Hawaii where he remains deeply connected as Special Advisor on Hawaiian Affairs to the University President. He is an Ocean Elder, a Trustee for Hanahau`oli School and a former Trustee for Bishop Estate, Hawaii’s largest private land owner and private educational institution. His natural leadership skills that have galvanized vast and diverse sectors throughout the community to realize the importance of caring for our planet and all of humanity have earned him numerous awards including the 2015 Peter Benchley Ocean Award for Excellence in Marine Exploration, the 2001 “Unsung Hero of Compassion” award from his Holiness XIV Dalai Lama on behalf of Wisdom in Action, the Native Hawaiian Education Association’s Manomano Ka`ike Educator of the Year, the 2015 Asia Pacific Community Building Award from the East-West Center, the 2013 Visionary Award from the Maui Film Festival, the 2016 Lifetime Achievement Award from the National Marine Sanctuaries Foundation, the 2017 Hubbard Medal from National Geographic Society, and the 2017 Explorers Club Medal. Born and raised in Honolulu, Nainoa is a graduate of Punahou School and the University of Hawaii.

Ms. Sharlene K. Tsuda was appointed Vice President in October 2005. Her area of responsibility includes Community Building, Governance Support, Fund Development, Native Hawaiian Health Program, Corporate Communications, and Volunteer Program. Since joining The Queen’s Medical Center in 1980, Ms. Tsuda has held various positions before her current position, most recently as Director, Governance and Administrative Services & Corporate Secretary. She holds a B.A. degree in Business and Administrative Studies from Lewis & Clark College. She is also the Corporate Secretary of The Queen’s Health Systems and The Queen’s Medical Center. Ms. Tsuda serves on the American Diabetes Association’s Hawai‘i Community Leadership Board, currently serving as its Chair; the Public Schools of Hawai‘i Foundation Board; and the Hawai‘i Academy of Science Board. She is a member of the Hawai‘i Society of Corporate Secretaries and previously served as its Vice President.

About the Thompson School
Translate:
Copyright University of Hawaiʻi at Mānoa Thompson School of Social Work & Public Health 2021 - All Rights Reserved
Back To Top