Welcome and thank you for your interest in the Department of Social Work.

The University of Hawaiʻi began offering a social work training program to students on the undergraduate and graduate levels in September 1936. The courses were designed primarily to train employees of local social work agencies who were college graduates but lacked professional preparation. An integrated one-year program of professional graduate-level study, set up in 1940, served as the basis for the establishment of a School of Social Work. In 1942, the school was provisionally accredited by the American Association of Schools of Social Work. The School of Social Work was fully accredited in January 1948 as a one-year school, awarding a Certificate of Social Work.

A two-year graduate program leading to the master of social work (MSW) degree was approved by the Board of Regents in November 1948, and the school was fully accredited as a two-year Graduate School of Social Work by the American Association of Schools of Social Work in January 1950. In 1950, there were approximately 30 students. The school has since grown to an average enrollment of 300 students in the undergraduate and graduate programs.

The undergraduate program, leading to the degree of bachelor of social work (BSW), was approved by the Board of Regents in October 1976. The BSW program was initiated in January 1977.

In September, 2008, the Board of Regents approved the naming of the School after Myron B. Thompson, a School of Social Work alumnus who went on to become a notable leader in the community.

In July 2016, the Myron B. Thompson School of Social Work was reorganized and is currently home to the Department of Social Work, the Office of Public Health Studies and the Center on Aging.

In December 2020, the school was renamed to the Thompson School of Social Work & Public Health.

In 2016, the Thompson School of Social Work & Public Health celebrated it’s 80th Anniversary. A compendium was published to celebrate the milestone in the School’s history. Click here to view all of the publications.

The Office of Public Health Studies (OPHS) mission is to advance the health of the peoples of Hawai‘i, the nation, and the Asia-Pacific region through knowledge, discovery, innovation, engagement, inclusion, and leadership. OPHS offers the BA in Public Health. It also offers the Masters of Public Health (MPH) with specializations including Epidemiology, Health Policy and Management, Native Hawaiian and Indigenous Health, Social and Behavioral Health Sciences, as well as a Master of Science (MS) in Epidemiology or Social and Behavioral Health Sciences. OPHS offers both the Doctor of Public Health (DrPH) degree and PhD in Epidemiology. http://manoa.hawaii.edu/publichealth/
The Center on Aging’s (COA) mission is to enhance the well being of older adults. COA is committed to interdisciplinary and collaborative efforts in research, educational programs and service to the community. The Center’s initiatives focus on the integration of research, education and service, with a focus on the multicultural populations of Hawai‘i and the Pacific Region. http://www.hawaii.edu/aging/

On Friday, September 19, 2008, the Board of Regents unanimously approved the naming of the School The Myron B. Thompson School of Social Work. Myron “Pinky” Thompson received his MSW from UH in 1953. He went on to become a noted humanitarian and leader in the struggle for the preservation of the Hawaiian culture.  In December 2020, the school was renamed to the Thompson School of Social Work & Public Health.

Thompson has been described as wise, compassionate, a lover of music, full of life and laughter, a warrior against social injustice, and never satisfied with the status quo or the status of Native Hawaiians. He passed away on Christmas Day in 2001.

To read more about Myron “Pinky” Thompson, click on this link.

ALONZO GARTLEY (1869-1921), for whom Gartley Hall is named, was a Honolulu businessman and the chairman of the first Board of Regents of the University of Hawaiʻi. Gartley was a graduate of the US Naval Academy, and came to Hawaiʻi as a naval officer several times in the last decade of the nineteenth century. He settled permanently in Hawaiʻi in 1900 and became manager of Hawaiian Electric Company. From 1910 until his death he was manager of his father-in-law’s company C. Brewer. His innovations in milling machinery for C. Brewer made him famous in cane sugar circles. He founded the Hawaiian Engineering Association and was its first president. Gartley was a man of many interests. He developed the Agnes Galt hibiscus, a widely grown hybrid in Southern California.

He was an especially talented photographer and his views of Hawaiian landscapes, native Hawaiians, and panoramic scenes have become classic images of a bygone Hawaiʻi. Art historian Lew Andrews characterized his photographs as some of the most appealing and beautiful ever taken in Hawaiʻi. A number of Gartley’s photographs were used in tourist promotion campaigns to illustrate the scenic wonders of Hawaiʻi.

Gartley Hall was built in 1921 and was one of the buildings in the “Old Quadrangle”, which also included Hawaiʻi Hall, Crawford Hall, and George Hall. On May 7, 2012, a ground blessing ceremony was held for the renovation of Gartley Hall. In June 2014, the Myron B. Thompson School of Social Work moved into Gartley Hall from it’s previous space in Henke Hall.

LOUIS ALBERT HENKE (1889-1985 ), for whom Henke Hall is named, was a UH professor of animal husbandry from 1916-1954 and the author of many bulletins and circulars in that field. Henke received a B.S. and a M.S. from the University of Wisconsin before his appointment to UH. His appointment signaled a new commitment on the part of the university (then college) to serious research in agriculture.

He liked to recall the days when everything on campus east of Varney Circle used to be his experimental farm. His experiments with sugar cane waste and pineapple waste led the development of low cost feeds for island livestock, thus reducing the need for imported feeds (although in later years concerns for residual pesticides ended that program). He was assistant director and then director of the Experiment Station from 1937 until his retirement. Henke remained active on campus well into his nineties.

Past Deans of the Thompson School of Social Work & Public Health 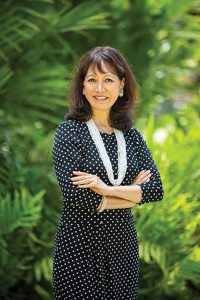 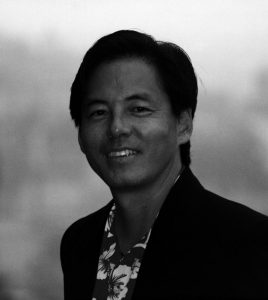 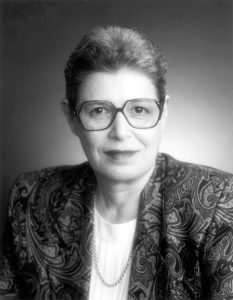 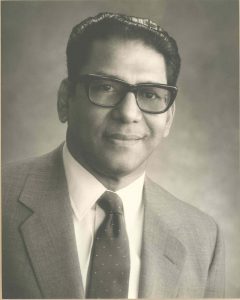 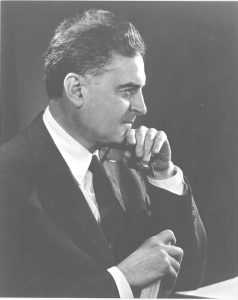 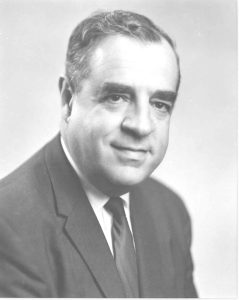 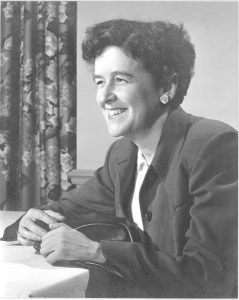