Sacha Pfeiffer was a member of the Boston Globe Spotlight Team that won the 2003 Pulitzer Prize for Public Service for its stories on the Catholic Church’s cover-up of clergy sex abuse. Pfeiffer has also been the host of “All Things Considered” and “Radio Boston” at WBUR, Boston’s NPR station, where she won a national 2012 Edward R. Murrow Award for broadcast reporting, and a guest host of NPR’s nationally syndicated “Here & Now” and “On Point.” Pfeiffer was a 2004-5 John S. Knight journalism fellow at Stanford University and is a co-author of the book Betrayal: The Crisis in the Catholic Church. She currently writes about wealth, philanthropy and nonprofits for the Globe. 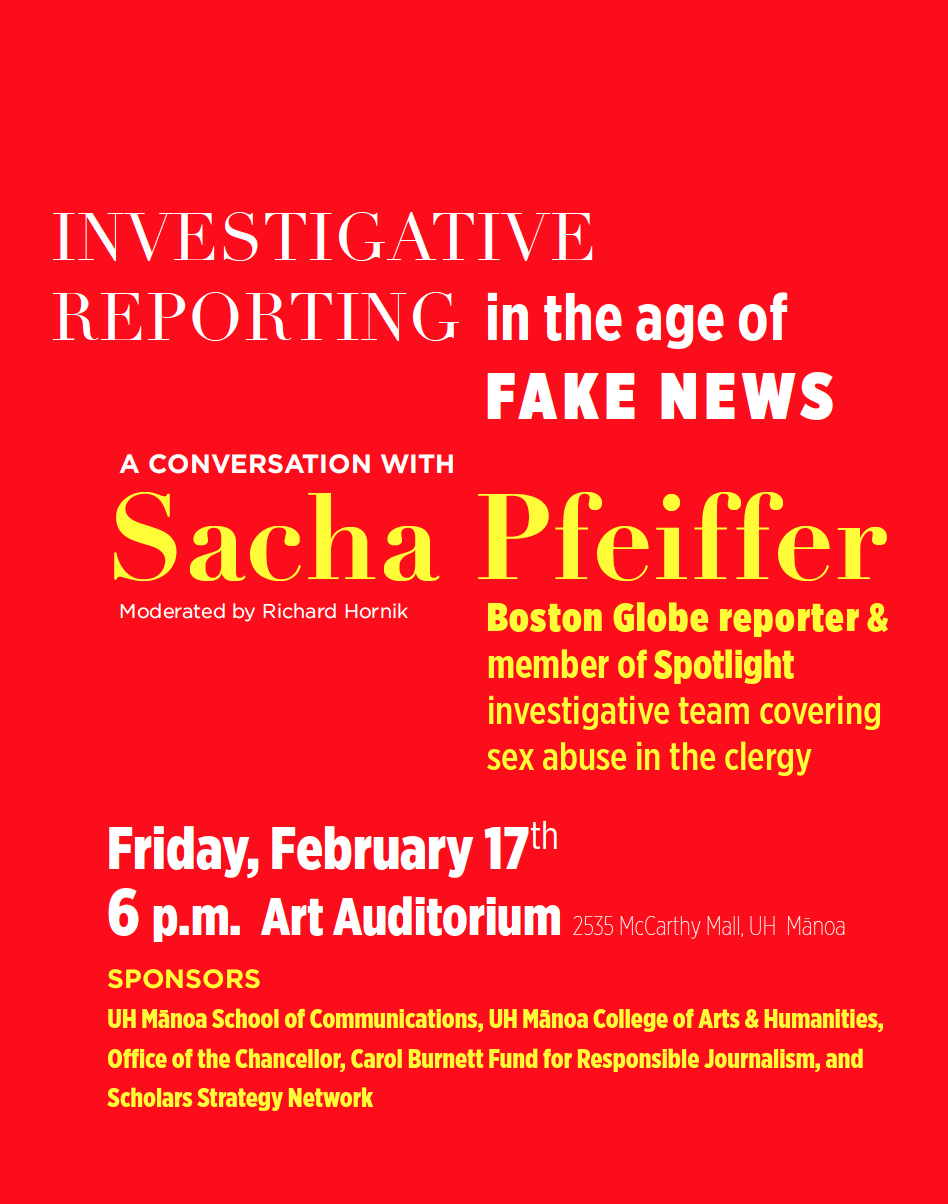