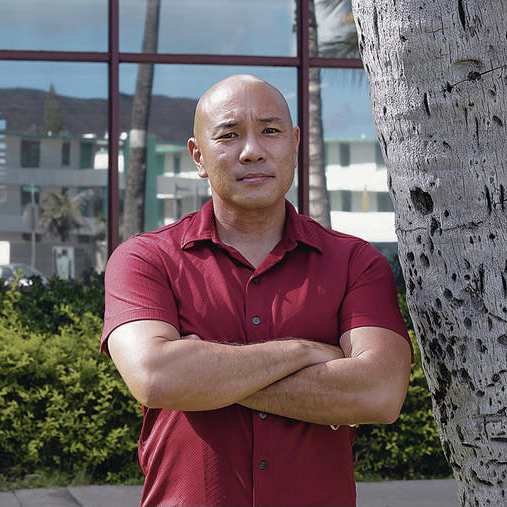 In 2015, frustrated by the explosion of houselessness in Hawai‘i, James Koshiba pitched a tent in an urban encampment and forged relationships with people experiencing houselessness. He later became a supporter of Pu’uhonua O Waianae, a self-organized village of more than 250 people living at the Waianae Boat Harbor. Koshiba co-founded Hui Aloha to demonstrate how re-building community with those who are marginalized is key to solving some of our most persistent social problems. Previously, Koshiba co-founded Kanu Hawai‘i. He was born and raised on O`ahu and earned degrees from Brown University and the Harvard Kennedy School of Government.