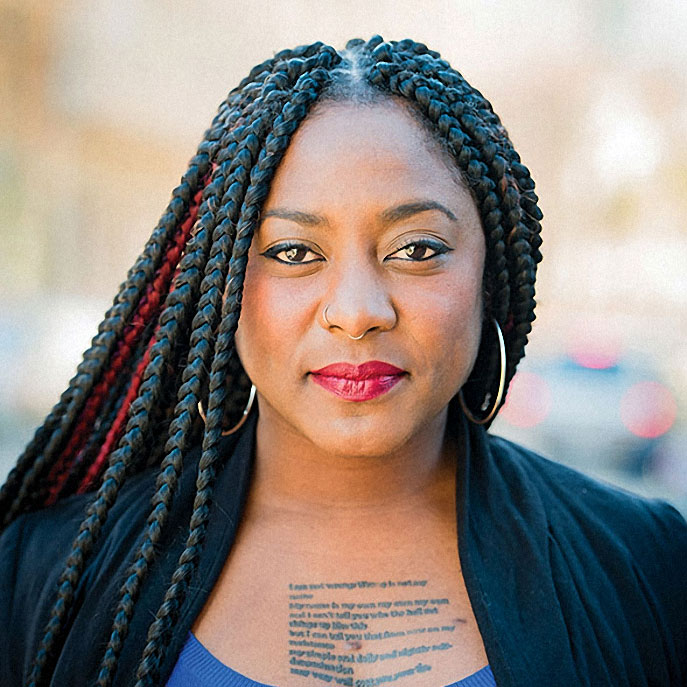 Alicia Garza is an organizer, writer, and freedom dreamer living and working in Oakland, CA. She is the Special Projects Director for the National Domestic Workers Alliance. She is also the co-creator of BlackLivesMatter, a national organizing project focused on combating anti-Black state sanctioned violence. Alicia has been the recipient of numerous awards for her organizing work, including the Root 100 2015 list of African American achievers and influencers between the ages of 25 and 45. She was featured in the Politico 50 guide to the thinkers, doers and visionaries transforming American politics in 2015.