University of Hawai‘i at Mānoa graduate Chad Uyehara returns to the Music Department as conductor of the UH Symphony Orchestra for the 2014–2015 year. 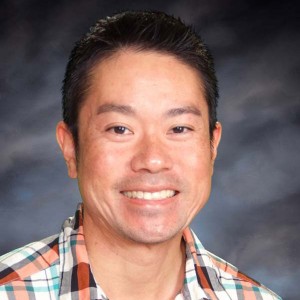 Mr. Uyehara joins the faculty after several years conducting the orchestras for St. Andrew’s Priory and as conductor with the Hawai‘i Youth Symphony Association here in O‘ahu. Uyehara taught in the Clark County School District in Nevada, the Las Vegas Youth Philharmonic, and the Hawai‘i Department of Education at Kalani High School, Kaimuki Middle School, and Moanalua Elementary.

Uyehara maintains a violin and viola studio of about 40 students who have been concertmasters and section leaders in their school orchestras and the Hawai‘i Youth Symphony. After graduating Phi Beta Kappa from the University pf Hawai‘i at Mānoa with bachelor’s degrees in violin performance and French, Uyehara moved to Illinois, where he received a master’s of music in music education and viola performance from Northwestern University.

Mr. Uyehara has performed professionally on violin and viola with the Las Vegas Philharmonic, Desert Springs Chamber Orchestra, and the Honolulu Symphony, and he continues to perform solo and chamber music recitals at various venues throughout the year.

The UH Symphony Orchestra will give its first performance under Maestro Uyehara’s baton on Sunday, November 16, 4pm, at Roosevelt High School Auditorium, performing music by Copland, Beethoven, and Marquez.