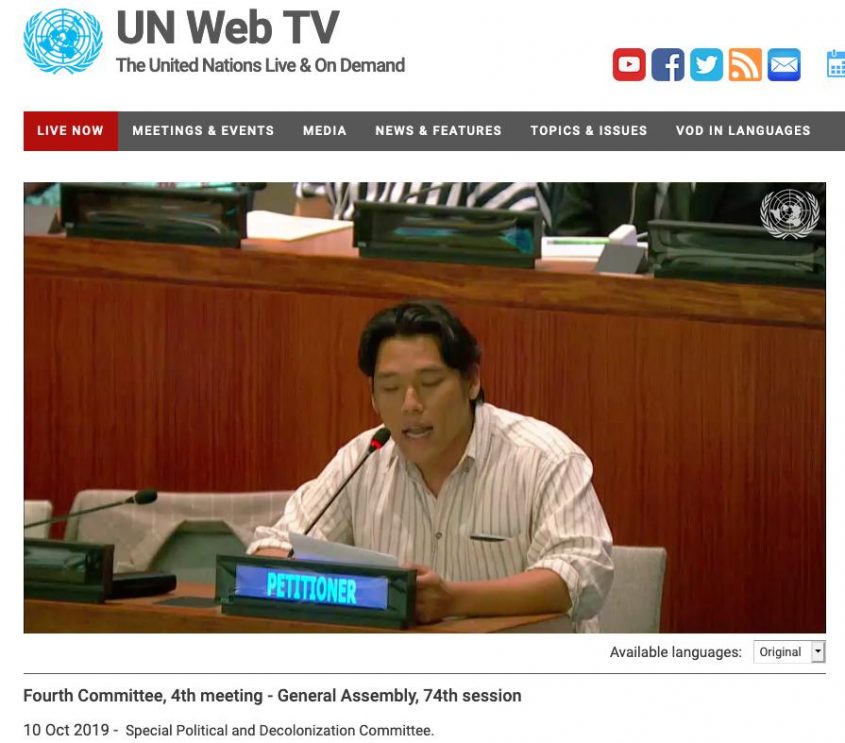 MA Ethnomusicology student Andrew Gumataotao has just returned from testifying at the United Nations in New York.  As part of the 11-member delegation from Guam to the UN’s Fourth Committee on decolonization, petitioners to the committee touched on the introduction of toxins to the soil and water, the continued militarization of Guam, the Dave Davis case that has essentially dealt what could be a killing blow to the native inhabitant plebiscite CHamorus would enact to decide which political status they want moving forward, and the fact that the United States, as the administering power over Guam, has kept the island in political status limbo by refusing to move forward on decolonization. As part of his presentation, Andrew stated: “Our journey to be present here when this committee convened is not a chance to bemoan before the world monotonous recitations of victimhood but rather a serious occasion to join in and witness the sheer tenacity of ourselves alongside fellow colonized peoples unrelentlessly asserting our existence.” One of his concerns in all of this is a consideration of the place where  music, and especially the relationship of music to ecological performativity, becomes an integral part of political goals and cultural sustainability–both of which are important themes of his MA thesis research.