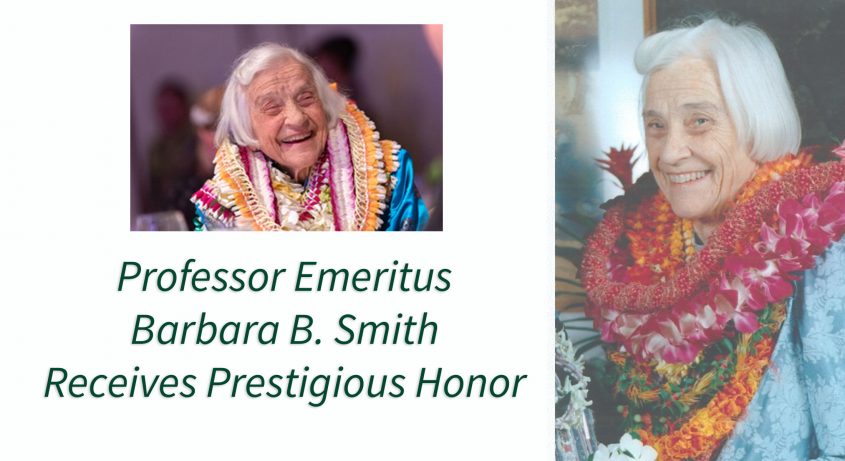 On January 26, Professor Emeritus Barbara B. Smith was named the 2018 Hawai‘i Arts Alliance Preis Honoree. Named after Alfred Preis, founder of the Alliance, the honor is awarded annually to an individual who has had a significant impact on the arts and culture in Hawai‘i. With countless accomplishments to her name – including the founding of the UH Mānoa ethnomusicology program and the research and promotion of Hawaiian music and culture – Prof. Smith has directly or indirectly has touched the lives of many throughout the world. To celebrate Prof. Smith, a dinner was held in her honor. The event featured several speeches and performances commemorating her many contributions to the University, local community, state, and Asia/Pacific region. Many of those who attended, spoke, and performed throughout the night are former students of Prof. Smith, a reflection of her profound legacy.