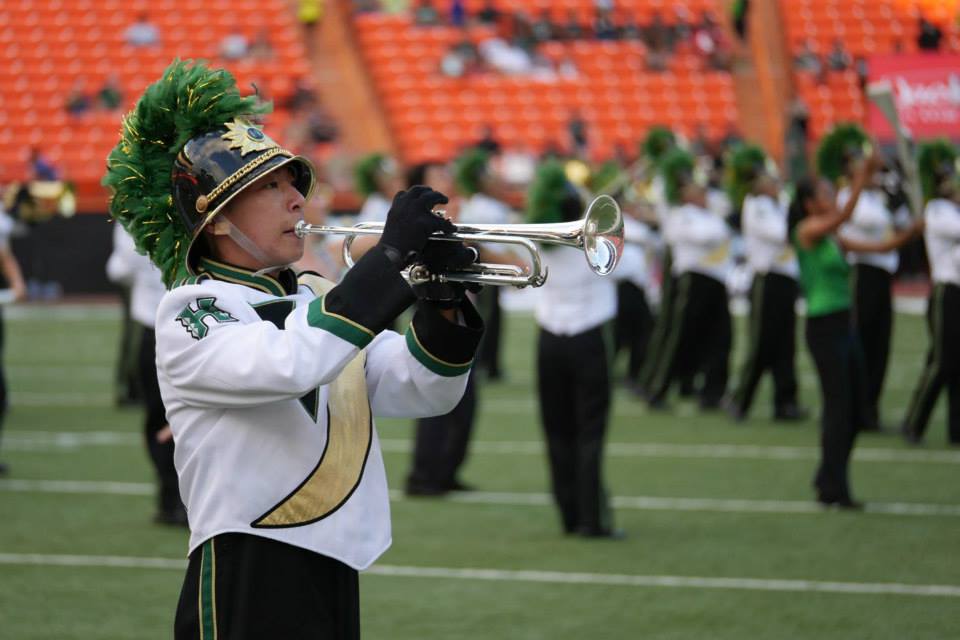 Central to the pride and pageantry so uniquely associated with college football, since 1923 the University of Hawai‘i Rainbow Warrior Marching Band has played a pivotal role in UH athletic events and campus life. The only university marching band in the state of Hawaii, the UH Marching Band is comprised of over 250 students representing nearly every major on campus. One of the most visible ensembles in the Department of Music and the largest student organization on campus, the UH Marching Band presents pre-game and half-time shows at all UH home football games at Aloha Stadium.

Through rehearsals, student camaraderie, and the excitement of marching in front of thousands of cheering fans, the students of the Rainbow Warrior Marching Band share rich experiences that create social as well as musical bonds that last a lifetime.

The UH Rainbow Warrior Marching Band has been seen and heard on national television supporting the UH Warrior Football team. The band has also played for sell-out crowds in the 50,000 seat Aloha Stadium, our home football venue. Other appearances include the 1989 Aloha Bowl in Honolulu, the 1992 Holiday Bowl in San Diego, the 1999 O‘ahu Bowl, and the 2002 and 2003 Hawai‘i Bowls in Honolulu.