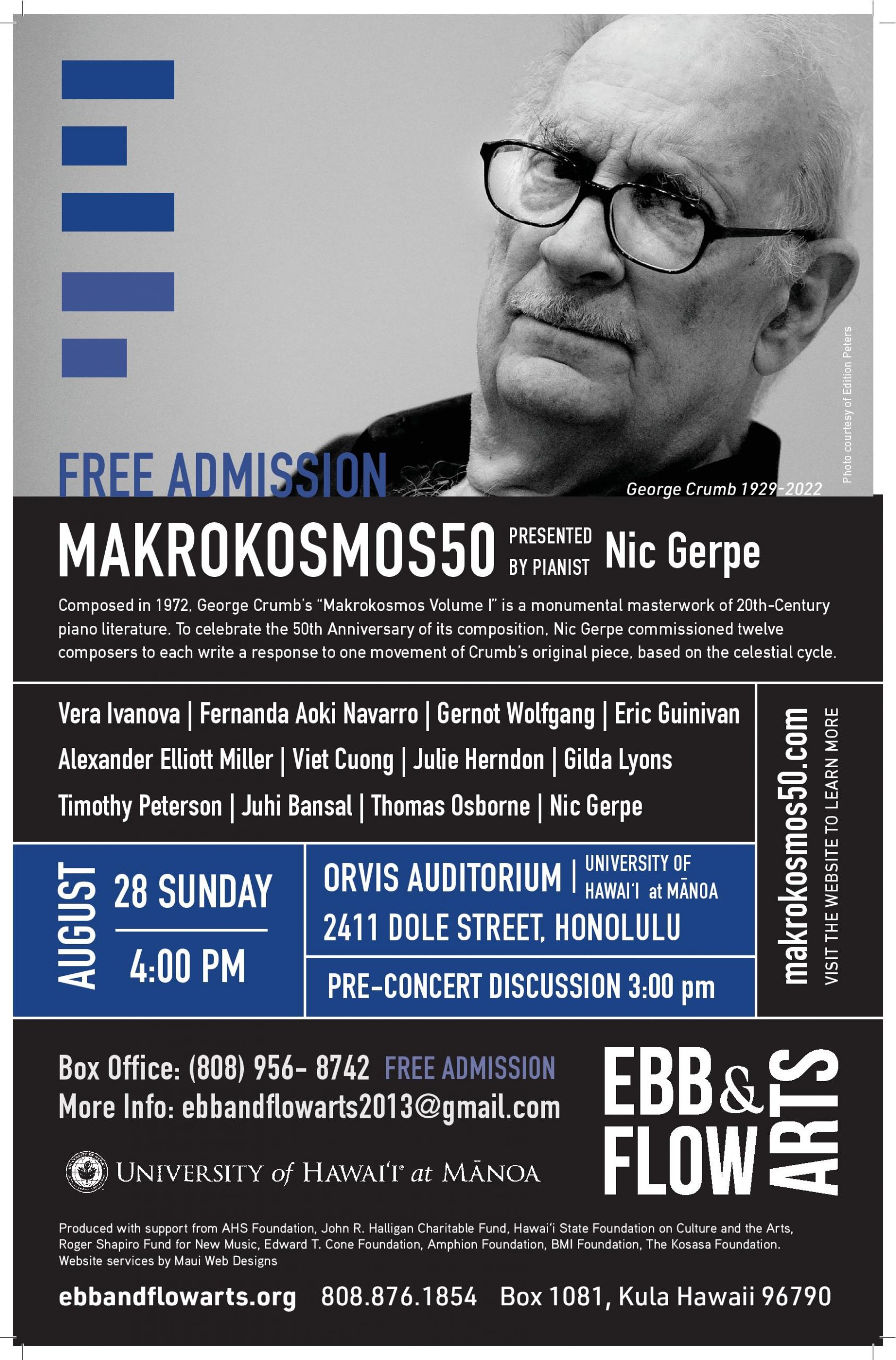 Composed in 1972, George Crumb’s “Makrokosmos Volume I” is a monumental masterwork of 20th-Century piano literature. To celebrate the 50th Anniversary of its composition, Nic Gerpe commissioned twelve composers to each write a response to one movement of Crumb’s original piece, based on the celestial cycle.