Dr. Jeffrey Boeckman, director of bands and assistant professor of music, has been invited to speak at the World Association of Bands and Ensembles (WASBE) International Conference on the wind music of Mozart. WASBE is the premiere international organization for the wind band world, with prominent conductors, composers, and performers from around the globe.

The conference will take Dr. Boeckman to San Jose, California, in July 2015. There, he’ll present his research on articulation and ornamentation in the wind serenades of W. A. Mozart, joining an international roster of performers, scholars, ensembles, and conductors. 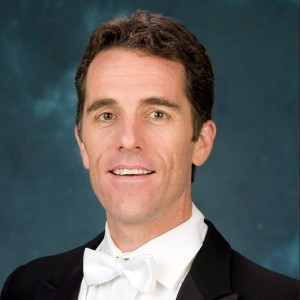 Boeckman joined the University of Hawai‘i at Mānoa faculty in 2011. He has twice served as conductor with Chamber Music Hawai‘i, and also serves as Associate Conductor for the San Diego Winds, a professional wind band in San Diego, California. He has served as an adjudicator and clinician across the country, and as a guest conductor of honor ensembles in several states, including the Indiana University Summer Music Clinic Symphony Orchestra. Ensembles under his direction have performed at such venues as the California, Hawai‘i, and Texas MEA Conferences and in locations throughout North America and Europe. IN addition to this WASBE invitation, his scholarly work has been presented at College Band Directors National Association (CBDNA) National Conference, and the California & Hawai‘i Music Educators Association State Conferences, and has been published in the Journal of Band Research. His book—A Counterpoint of Characters: the Music of Michael Colgrass—was recently published by VDM Verlag.