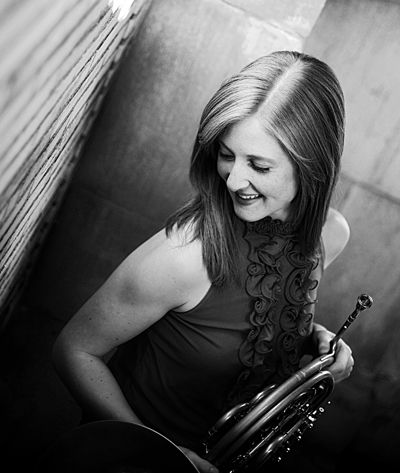 Equally devoted to music education, Ms. McCune shares her excitement and passion with her dedicated students at University of Hawai’i at Manoa where she serves as the Lecturer of Horn. An engaging and animated teacher, Ms. McCune can be found in the community efficiently guiding budding young students in private lesson, chamber, adjudication, and clinic settings.

A graduate of the Shepherd School of Music at Rice University, Ms. McCune completed her Master’s Degree in Horn Performance under the tutelage of William VerMeulen. She also toured as a member of the Grammy Award nominated Eastman Wind Ensemble as an undergraduate student at the Eastman School of Music. There Ms. McCune completed her Bachelors of Music in Horn Performance under the direction of W. Peter Kurau, and she was the recipient of the prestigious Performer’s Certificate. She also graduated as a Secondary Piano Major studying under the tutelage of Daria Rabotkina and Albert Kim. Originally hailing from Wilmette, Illinois, Ms. McCune was inspired at an early age by the renowned Chicago Symphony Brass, and she studied regularly with CSO hornists Alice Render and Dale Clevenger.

An avid racket sport athlete, Ms. McCune particularly loves winding down after a match to an adventurous and deliciously foodie dinner with loved ones. Ms. McCune is beyond overjoyed to marry her best friend and Hawaii Symphony Orchestra Acting Third Trumpet, Patrick Corvington, in May of 2014.