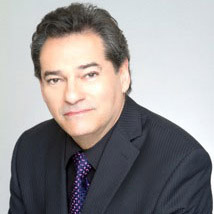 Larry Paxton, Professor of Music at the University of Hawai‘i since 1985, is a recipient of a Master of Music (with honors) from the Jacobs School of Music at Indiana University. He has performed more than 30 operatic roles with the companies of Santa Fe Opera, Memphis, Dallas, Fort Worth, St. Louis, and Hawai‘i. His credits also include modern opera world premieres and telecasts and appearances with such symphony orchestras as San Francisco, Dallas, Indianapolis, and Honolulu. He has also performed at the Sydney Opera House. Prof. Paxton won the Metropolitan Opera Regional Auditions, was a finalist in the San Francisco Merola Competition, and took first place in the Beethoven Vocal Competition.

Equally at home in musical theatre, he has established himself as an award-winning director whose Diamond Head Theatre shows have included Sunday in the Park with George, Joseph and the Amazing Technicolor Dreamcoat, and Jesus Christ Superstar.

Critics have praised his performances with Grand Hotel at Manoa Valley Theater, West Side Story at the University of Hawai‘i’s Kennedy Theatre, the title role in Sunday in the Park with George and the the lead role of Guido in a specially mounted production of Nine at Diamond Head Theatre.