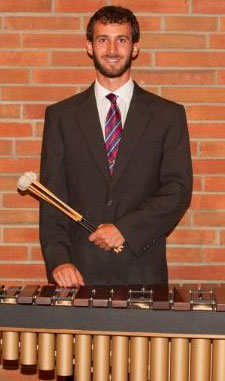 A native of Rochester, NY, Jordan Schifino studied both percussion and piano at the Eastman School of Music with Ruth Cahn and Alla Kuznetsov respectively.

Mr. Schifino attended the Cleveland Institute of Music studying with principal timpanist Paul Yancich and retired principal percussionist Richard Weiner of the Cleveland Orchestra, where he received his BM and MM in Percussion Performance.

After moving to the islands in 2009 to perform with the Honolulu Symphony, Mr. Schifino returned to play with the Hawaii Symphony Orchestra in 2012 and is now serving as acting principal percussionist.

In addition to performing, Mr. Schifino works as a Percussion and Eurhythmics teaching artist with Hawaii’s el Sistema program, Kalikolehua. Mr. Schifino is on the board of directors for a non-profit 501(c)(3) group HYPE, Hawaii Youth Percussion Ensemble, that focusses on providing students in Hawai`i the opportunity to have live musical performances along with receiving private instruction.