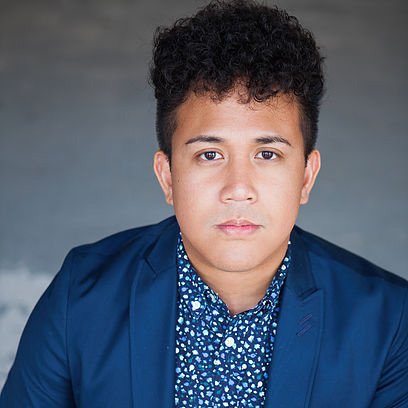 Known for his work in celebrating the intersection between Hawaiian music and choral performance, he is the artistic director of Nā Wai Chamber Choir, a professional vocal ensemble based in Hawaiʻi dedicated to the preservation and propagation of Hawaiian choral music. Under his direction, Nā Wai has commissioned and mentored emerging Native Hawaiian composers and conductors, toured throughout rural Hawaiian communities, and led workshops on the performance of Hawaiian choral music at schools and universities throughout the country.

Prior to his appointment to the University of Hawai’i and Hamilton College, Dr. Saplan served as the chorus master for the Frost Opera Program at the University of Miami where he prepared a number of contemporary works such as Golijov’s Ainadamar, Kuster’s Old Presque Isle (done in collaboration with the John Duffy Composer’s Institute and the Virginia Arts Festival), and a premiere work by Grammy-nominated composer Shawn Crouch. He also served as an instructor of choral music at Florida International University where he directed of the FIU Master Chorale and taught courses in undergraduate and graduate choral conducting.

His work in preparing choruses and as a festival clinician are vast, resulting in performances at Carnegie Hall, Lincoln Hall, The Oregon Bach Festival, Old South Church (Boston), Church of the Holy Trinity (Philadelphia), La Madeline (France), and the Harrogate Music Festival (UK).

Dr. Saplan’s research focuses on the performance practice of Queen Lili’uokalani’s choral compositions; multicultural perspectives in the choral rehearsal; intersections of choral pedagogy, gender, and sexuality in communities of color; and Native Hawaiian agency in music. His scholarship on these topics have also led him to lead clinics at the state, regional, and national level for the American Choral Directors Association, National Association for Music Educators, National Collegiate Choral Organization, and the LGBTQ Studies in Music Education Conference. He is a frequent clinician and adjudicator for state, regional, and national conferences and festivals.