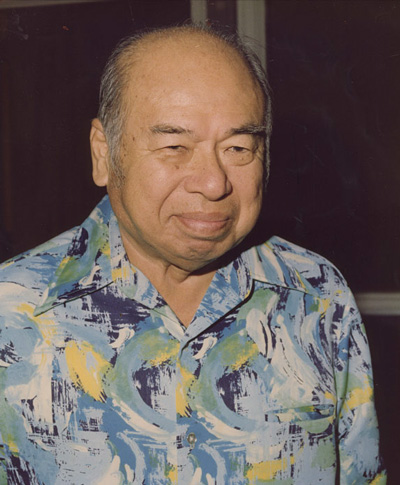 Floyd Uchima retired from the Music Department in 1978. He was a professor of Music Education who supervised student teachers and taught a wide range of subjects including applied bassoon & saxophone, woodwind methods, conducting and aural training. He was a multi-talented musician whose humble demeanor influenced a whole generation of music teachers who studied under him.

As a young musician, he played with the Royal Hawaiian Band. He then left for graduate studies on the mainland where he received the Master of Music degree from Northwestern University in 1951. In 1953 he entered the teaching profession at Roosevelt High School, and joined the UH Music Department in 1958. He was the principal bassoonist of the Honolulu Symphony for 27 years, as well as an accomplished basso who was featured in Hawai’i Opera Theatre productions including Gianni Schicchi and La Traviata. He performed in numerous university and community chamber recitals, and was a longstanding member of the Hawaii Music Educators Association and the Oahu Band Directors Association.