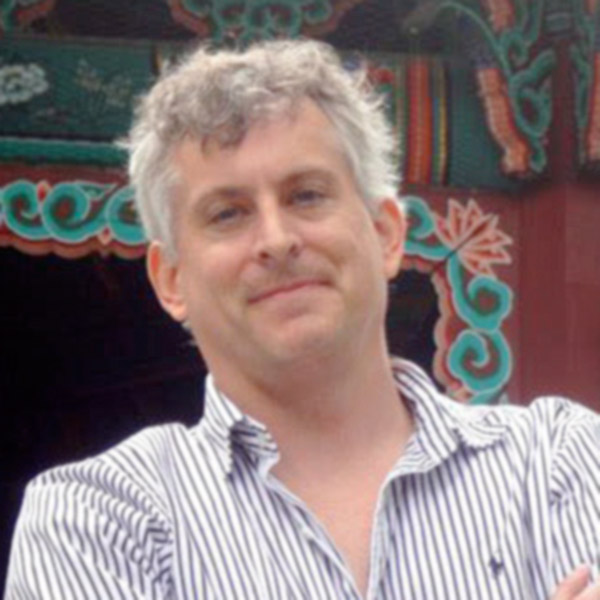 Donald Reid Womack is the composer of more than 80 works for orchestra, chamber ensembles, solo instruments, and voice. His music has been performed and broadcast throughout the United States, Japan, Korea, China, Hong Kong, Taiwan, Thailand, Italy, Germany, France, Russia, the Czech Republic, Poland, Argentina, Australia, New Zealand, Egypt, the U.S. Virgin Islands, Guam, and Puerto Rico, and is published by Akamai Music, and C.F. Peters. Dr. Womack holds Doctoral and Masters degrees in composition from Northwestern University, Bachelors degrees in philosophy and music theory from Furman University, and has participated in such festivals as the Conservatoire Americain in Fontainebleau, France, the June in Buffalo Festival, and the Aspen Music Festival. The many organizations that have honored his work include ASCAP, Meet the Composer, the American Music Center, Sigma Alpha Iota, the Japan Foundation, the National Center for the Korean Traditional Performing Arts (National Gugak Center) in Seoul, the Viola da Gamba Society of America, Arts Midwest, the Society of Composers, the National Association of Composers, the National Association for Advancement in the Arts, the O‘ahu Choral Society, the Tampa Bay Composers’ Forum, Northwestern University, the Music Teachers’ National Association, and the American String Teachers Association. He was the recipient of a Fulbright Research Fellowship to Japan in 2007–08, where he served as guest composer-in-residence with the Tokyo-based Japanese instrumental ensemble AURA-J, and was also a guest lecturer and composer in residence with the Korean Music Composition Program of Seoul National University in 2014.

His work with Japanese, Korean and Chinese instruments has placed him at the vanguard of intercultural composition, and has enabled him to make a significant contribution to the body of new literature for East Asian instruments. Dr. Womack’s interests lie in developing a compositional approach that merges elements of East and West in a uniquely personal way that neither entirely derives from nor ignores their respective traditions. Inspired by the fertile possibilities of cultural interchange found in his long-time home of Hawai‘i, his music employs both Western and East Asian instruments, combining a rich and linear tonal language, an intricate use of color and texture, and an exploration of multiple layers of rhythm, with the goal of reaching audiences on an intuitive and emotional level. A prime example is his After, a concerto for shakuhachi, koto, and orchestra. Commissioned and premiered by the Honolulu Symphony in 2006, the piece received its Japan premiere in 2010 by the Tokyo Metropolitan Symphony Orchestra to critical praise.

The recipient of more than 100 grants, awards and commissions, Dr. Womack received First Prizes in the Sigma Alpha Iota Inter-American Music Awards, the Leo M. Traynor Competition, and the Oahu Choral Society Composition Competition. He has also been honored with an Excellence in Scholarship Award from the University of Hawai‘i College of Arts and Humanities, and was awarded Individual Artist Fellowships from the Hawai‘i State Foundation on Culture and the Arts in 1997 and again in 2002, becoming the only artist in any field to receive the award twice.

Dr. Womack’s music can be heard on more than a dozen releases on the Albany, Equilibrium, AkdangEban, Tokyo CMC and other labels in the U.S. and Korea. The Albany Records release Walk Across the Surface of the Sun (2008) features eight of his works for Japanese and Western instruments. Elements 五行 (2013) and Breaking Heaven 破天 (2014) feature seven more of his works for Chinese and Japanese instruments respectively. The latter was chosen one of the year’s top 10 releases by the influential New Music Box website of New Music USA. The upcoming recording Intertwined will feature six more of his works for Korean, Chinese, Japanese and Western string instruments.

The subject of critical acclaim, his work has been described as “moments of raw energy alternating with a brooding potentiality” by the Honolulu Advertiser, and his work has been hailed as “original, creative, and ingenious” by the Shimbun Akahata (Tokyo), “wonderfully mellow” by the Buffalo (NY) Daily News, and “distinctive, stirring, and exciting” by the Honolulu Star-Bulletin, which also described his Violin Concerto as “a powerful work, impressively crafted, that impacts listeners on a visceral level.”

The German periodical Neue Musikzeitung placed Dr. Womack among a group of American composers who “justify hopes that America should be capable of providing stimulus for a new century.” As an active supporter of contemporary music and chamber music nationally and in the Hawai‘i community, he has directed numerous festivals and concerts of contemporary music. A faculty member at the University of Hawai‘i at Mānoa since 1994, Dr. Womack has chaired the music department and presently serves as professor of music in composition and theory, as well as a faculty member of the Center for Japanese Studies and an associate member of the Center for Korean Studies.