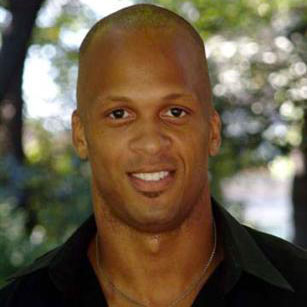 Blair Boone-Migura, an arts administrator, educator, and musician, began his study of voice and piano in Houston before moving to pursue his bachelor’s degree in voical performance (honors) and master’s in French language, literature, and culture at Syracuse University. During his academic tenure he was nominated for and received many awards including the University’s most prestigious Remembrance Scholar Award (named for the 35 students killed in the bombing of Pan Am Flight 103, December 21, 1988, over Lockerbie, Scotland), and The SU Graduate Teaching Fellowship in French. He also studied voice and piano at the Strasbourg Conservatory of Music in Strasbourg, France. After graduating and moving to New York City, Blair began teaching French and coaching singers in French diction and the French mélodie. He also holds a second Master’s degree in vocal pedagogy from Westminster Choir College in Princeton, New Jersey, where he graduated with honors and distinction. In addition to coaching singers privately in the French vocal repertoire, Blair is a part-time adjunct French language faculty member at Hunter College, The New School (Parsons School of Design & Mannes School of Music), and Queensborough Community College. He is currently a guest lecturer in the music department at the University of Hawai‘i at Mānoa where he teaches an art song literature course in French Mélodie and German Lied.

Blair is a member of the National Association of Teachers of Singing (NATS), the New York Singing Teachers Association (NYSTA) and the College Music Society (CMS). He is also a published film and music journalist having interviewed a wide range of artists from Grammy-nominated jazz pianist Fred Hersch to Grammy award–winning Haitian-American singer and producer Wyclef Jean for publications like MetroSource Magazine and NYC Resident.

In May 2013, Blair also had the honor of assisting the legendary piano collaborator Dalton Baldwin along with two of French art song’s most accomplished sopranos (Elly Ameling and Rosemarie Landry) and several other highly notable adjudicators of distinction in the development and execution of the Positively Poulenc Vocal Competition and Recital under the sponsorship of Joy In Singing at the Bruno Walter Auditorium in the Lincoln Center Performing Arts Library. In April and May 2014, Blair collaborated with the French American Cultural Exchange and the Artistic Department of the French Cultural Services and aided in the execution of two arts festivals: ART2, A French-American Platform on Contemporary Art, and DANSE, a French-American festival of performance & ideas.

Blair has serves as the arts administrative director at The International Vocal Arts Institute (IVAI) in New York where he proudly joined co-founders Joan Dornemann and Paul Nadler in realizing their core mission of finding and training the most talented young opera singers around the world: “passing the torch from one generation of to the next.”

Blair is a specialist in the art song composer Henri Duparc and has authored several theses on the French composer. As a performer, Blair has given art song recitals representing such composers as Berlioz, Brahms, Debussy, Duke, Duparc, Fauré, Hahn, Mahler, Poulenc, Schubert, Schumann, Strauss, and Tchaikowsky. Blair is also currently the co-host of an internet-radio show called A Toast To Song sponsored by his nonprofit arts organization The Art Song Preservation Society of New York (ASPS) where he serves as executive director. ASPS is dedicated to revitalizing the art song tradition through education and performance. It’s “where music speaks, and words sing!” Blair founded ASPS because of his concern and deep interest in promoting this declining area of vocal literature and in honor of his mentor of twenty-two years, master French and German song specialist, Mary Trueman (1915–2008). Blair studied voice with Mary Trueman (Rice University), JoElyn Walkefied-Wright (Syracuse University), Elisabeth Schroeder (The Strasbourg Conservatory of Music) and Elem Eley (Westminster Choir College), and has sung in master classes with Oren Brown (The Juilliard School), Phyllis Curtain (Yale and Boston University) and Norma Newton (American Institute of Musical Studies in Graz, Austria). Blair has coached with Metropolitan Opera mezzo-soprano Barbara Smith Conrad and internationally acclaimed specialist of the French vocal repertoire, Thomas Grubb (The Juilliard School and author of Singing in French: A Manual of French Diction & French Vocal Repertoire). Blair also studied piano accompaniment with Mary Trueman, Steve Heyman (Syracuse University) and continues to study piano privately with Edward Nemirovsky in NYC.

He is married to Dr. Anthony Migura, a critical-care physician at Advanced ICU Care and a partner at Critical Care Medical Management Associates. They divide their time between New York City and Honolulu, Hawai’i with their English Bulldog, Drew and American Tabby Cat, Jessye.