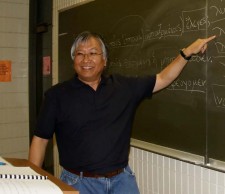 I have traveled to France, Belgium, Luxembourg, Germany, Austria, and Holland. I have visited the famous Roman Gate (the Porta Negra) in Trier, as well as several other Roman sites, and met with former colleagues in Berlin, Munich, and Luxembourg. I have also visited the Pergamum Museum in Berlin and the Louvre in Paris.