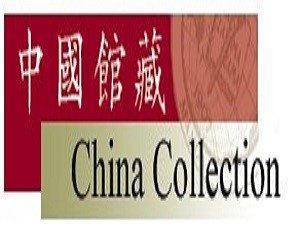 The China collection of the University of Hawai‘i at Mānoa was established in 1922, the same year as the Chinese Department was created. It began with a modest 350 titles (1500 volumes) in Chinese and another 650 titles in English on China and Japan. In 1936, Gregg M. Sinclair founded the Oriental Institute, and Prof. Shao-chang Lee (李紹昌) was made responsible for the development of the Chinese language collection in the institute’s new Oriental Library. More than 20,000 Chinese stitch-bound volumes acquired during his travel to China in 1936 formed the core of the Chinese language collection.

Since the Oriental Library was absorbed by the University Library, the library continued to collect materials on Asia, including China, in both vernacular and Western languages over the next two decades. In the 1960s, after its absorption by the East-West Center, surplus Chinese language materials from the Library of Congress had been received.

Throughout its history, donations from faculty members, organizations, and community members have been an important source of acquisitions. Exchange programs with prominent institutions in China and Taiwan, such as National Central Library, National Library of China and Shanghai Library, have been established and maintained as another channel for material acquisitions.

Today, the China Collection contains materials on China, including Taiwan, Hong Kong, and Macau, and overseas Chinese in Chinese, Western, and other Asian languages. The collection emphasizes current imprints, though it also attempts to acquire older materials per faculty and students’ requests.