MENUMENU
About
Home > About > Exhibits > The White Rose : nonviolent resistance against the Nazi regime

The White Rose : nonviolent resistance against the Nazi regime 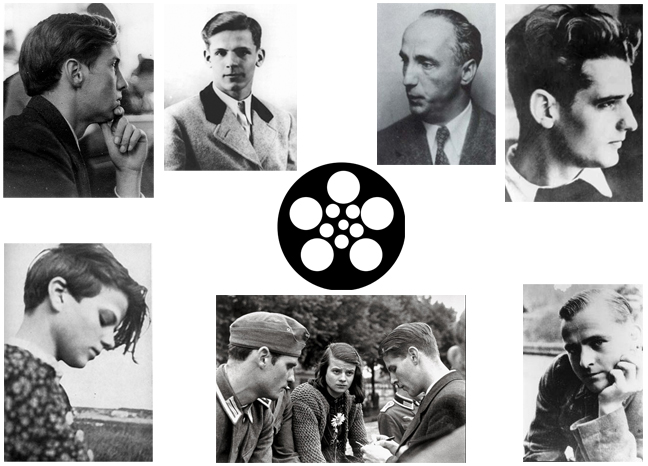 A photo exhibition chronicling the brief yet intense bloom of the White Rose nonviolent resistance movement against the Nazi regime is currently on tour across the United States, and it’s coming to the University of Hawaii at Manoa!

The White Rose exhibit will be open to the public from Monday, January 7 to Friday, March 22, 2013 in the Hamilton Library Bridge Gallery during building hours.

On Sunday, January 20, 2013 at 3:00 pm, there will be an opening reception for the White Rose exhibit in the Hamilton Bridge Gallery (http://goo.gl/maps/WV1wx).  It is free and open to the public.  For public transportation <http://www.thebus.org/route/routes.asp> check The Bus routes.  Parking is free on campus on Sundays.

The exhibit chronicles the White Rose movement, which was formed in 1942 by a group of students and supported by philosophy Professor Kurt Huber of the University of Munich in a bold bid to stand up to the Nazi regime.

The group was famous for its leaflet and graffiti campaign, which took place from June 1942 to February 1943.  The leaflets, which they designed and printed, denounced the politics and crimes of the Nazi regime and called for active opposition to them.

In 1943, the six most recognizable members of the group were arrested by the Gestapo and beheaded. The group’s sixth leaflet was smuggled out of Germany by Helmuth James Graf von Moltke. In July 1943, Allies planes dropped copies of the leaflet retitled “The manifesto of the Students of Munich” over Germany.

Today, the group’s members are admired as heroes. Schools and public places across Germany have been named in honor of the Scholl siblings.

The exhibit has previously been shown in Iowa, Pennsylvania, Massachusetts and California. And interest to bring the exhibit out has been indicated by institutions in Toronto and Tel Aviv.   We’re thrilled to have the exhibit at the University of Hawaii!