MENUMENU
About
Home > About > Exhibits > ON DUTY, OFF DUTY: A Soldier’s Life in Hawaii After the Bombing of Pearl Harbor; Works by A.S. MacLeod

ON DUTY, OFF DUTY: A Soldier’s Life in Hawaii After the Bombing of Pearl Harbor; Works by A.S. MacLeod 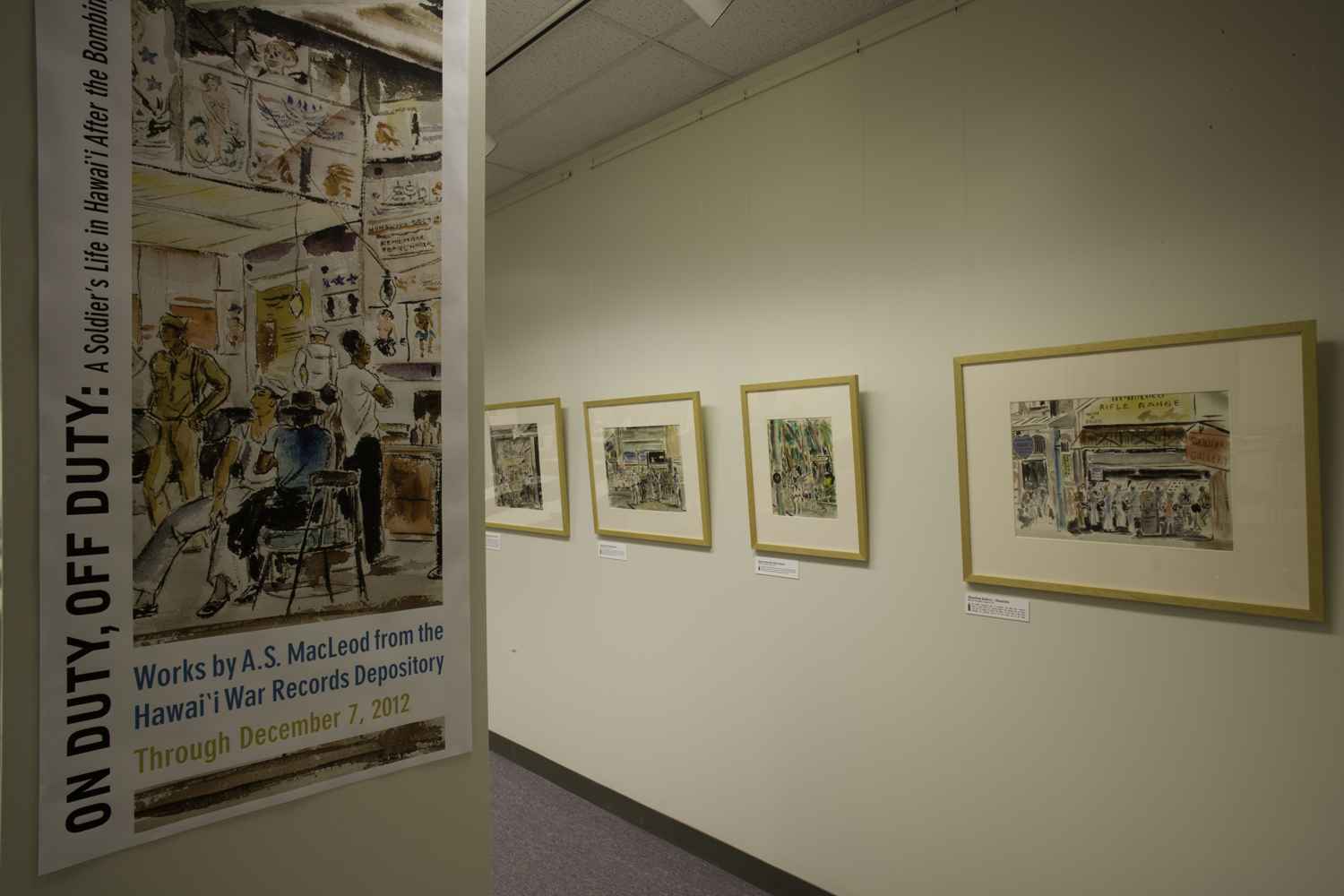 Alexander Samuel MacLeod was an artist working for the United States Army’s graphic art department when Pearl Harbor was bombed on December 7, 1941. He had spent years traveling around the islands, drawing and painting the beautiful scenes of Hawaii before the war. After the bombing of Pearl Harbor, MacLeod carried his canvas and easel to different locations around Oahu, capturing dramatic scenes of Hawaii at war. These paintings and drawings were eventually donated to the Hawaii War Records Depository, a collection established by the Territorial Legislature at the commencement of the war with the intent of documenting the war experience through the eyes of Hawaii’s citizens, organizations, and businesses. Curated by Dainan Skeem