Finding the Silver Lining of the Manoa Flood 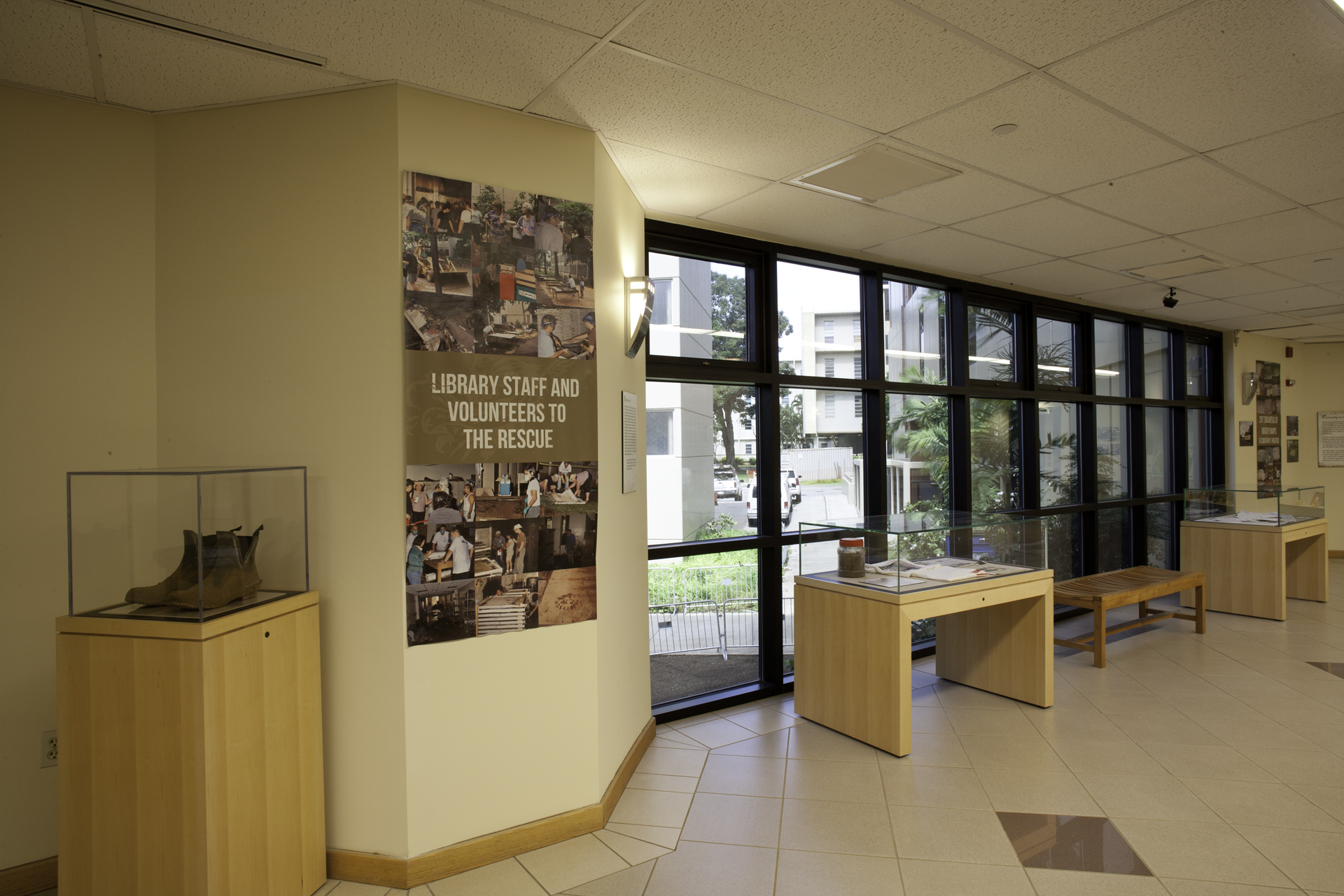 Documentary photographs chronicle the response and recovery from the 2004 Manoa Stream flood in this exhibition that included a sampling of maps salvaged from the disaster. Initial response showed the library building, collections and staff the morning after the ground floor of the library was flooded with water, mud and debris. Recovery efforts included work with contracted conservators and disaster recovery vendors. A series of symposiums were held to share the information gained from treatment and lessons learned. Staff and contractors continued recovery for 10 years, restoring thousands of maps and aerial photographs. In the end, the ground floor of the library received a total make-over, the Preservation department became experts in disaster response, and are better equipped for future disasters as well as training and supporting our local cultural heritage community. Curated by Lynn Davis