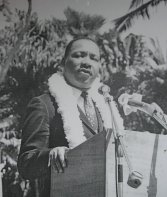 Through October the bridge gallery has an exhibit on the centennial of the University of Hawai´i. It has five topics, plus an introductory essay just inside the bridge from phase II on the left hand side.

The two wall cases feature "Intellectual Life" at the University and the transition "From Agricultural College to University System." The single floor case on the mauka side and the wall space is "Visions and Realities" with various campus plans in the floor case and a series of seven aerial photographs of campus from 1920 to 2001. The two floor cases in the makai/Ewa corner of the gallery feature "Faculty and Students" and "Athletics." 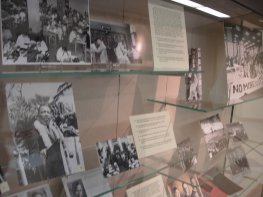 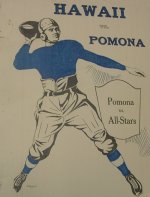