On June 8, 2020, Governor David Ige proclaimed June 25, 2020 as " Korean War Remembrance Day" in Hawai‘i  in observance of the 70th anniversary of the start of the Korean War honoring the Korean War veterans and their families for their brave and selfless sacrifice.

WHEREAS, the Korean War began on June 25, 1950 and officially ended on July 27, 1953 with the signing of the Korean Armistice Agreement which drew the Military Demarcation Line and created the Demilitarized Zone that separated North and South Korea; and
WHEREAS, with the United States-Republic of Korea alliance formed in the aftermath of the war, the two countries stand together as strong allies and economic partners for peace, security and prosperity on the Korean Peninsula and beyond; and
WHEREAS, this year marks the 70th anniversary of the start of the Korean War; and

THEREFORE I, DAVID Y. IGE, Governor of the State of Hawai‘i, do hereby proclaim June 25, 2020 as “KOREAN WAR REMEMBRANCE DAY” in Hawai‘i. 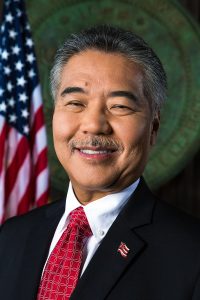