Dr. Heather Mellquist Lehto is a cultural anthropologist who studies technology, religion, and social relations in South Korea
and the United States. Dr. Mellquist Lehto is currently a Postdoctoral Research Fellow at
the Center for Korean Studies. She holds a PhD in Anthropology from UC Berkeley and a Master's in Religious Studies from Harvard
University. 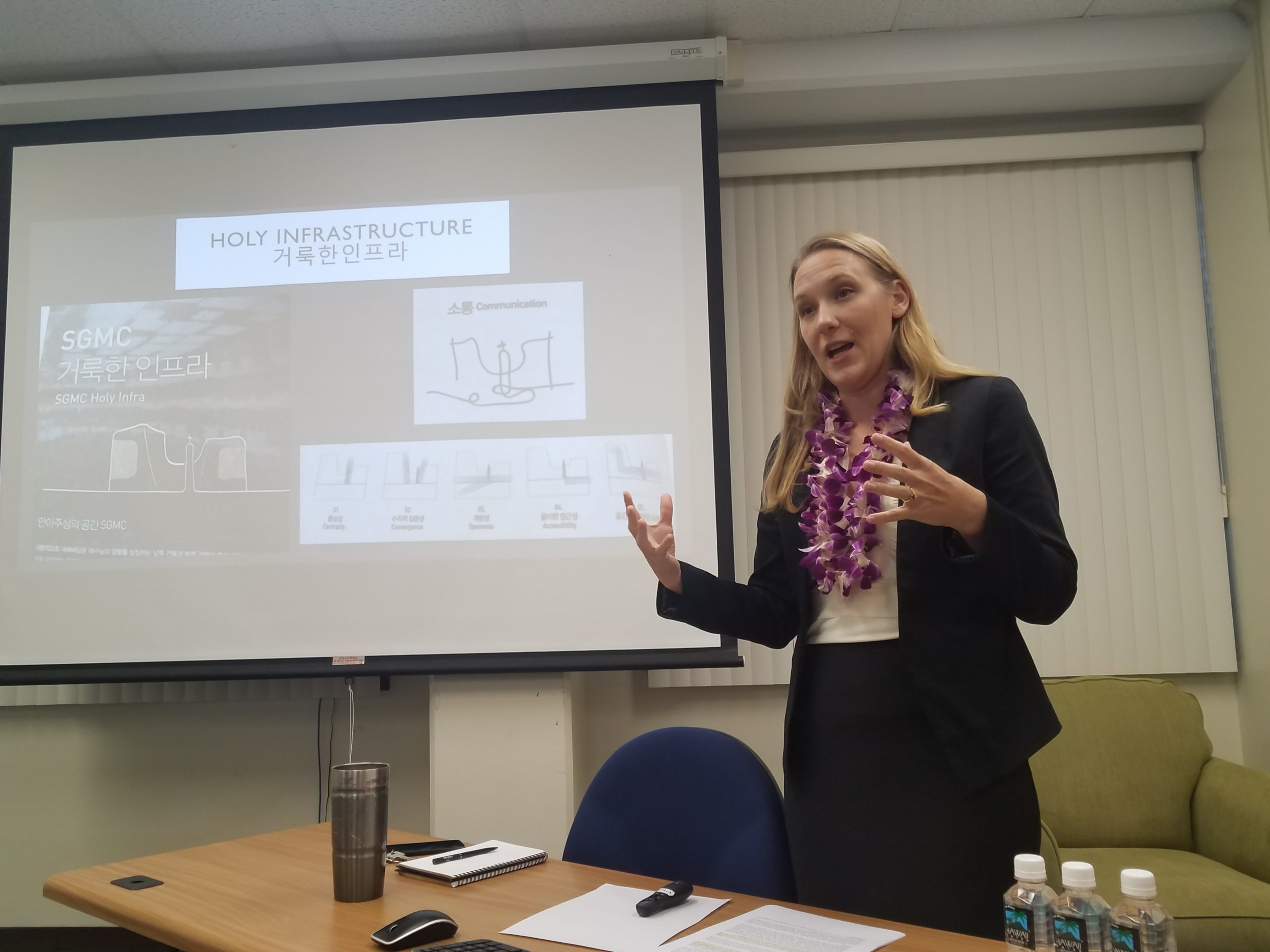