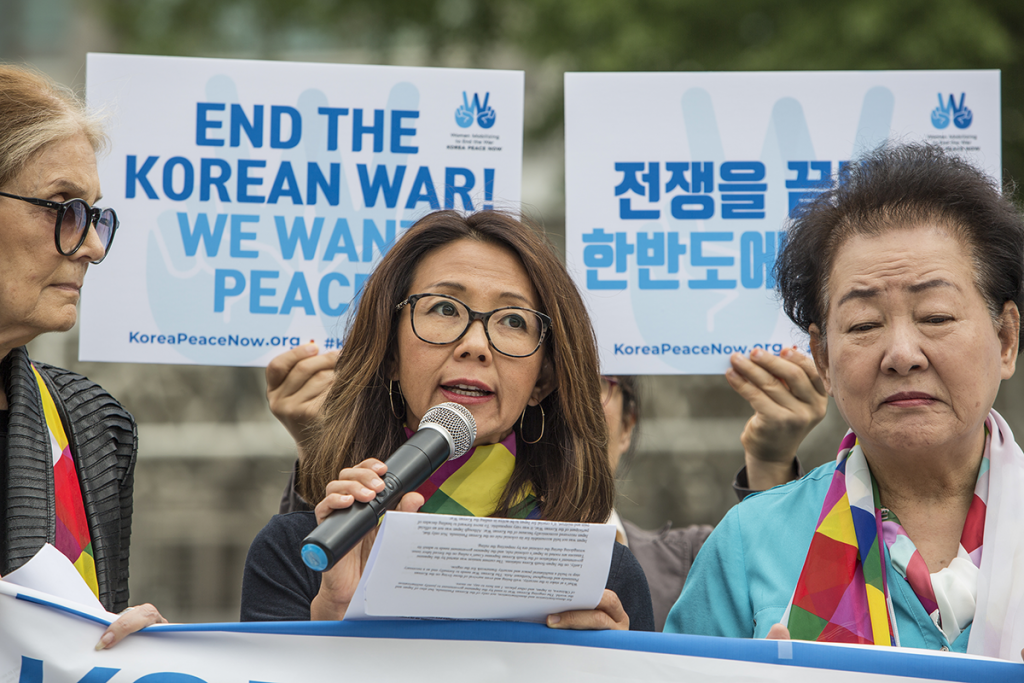 In 2015 Women Cross DMZ organized thirty women peacemakers from fifteen countries to cross the demilitarized zone from North Korea to South Korea calling for an end to the Korean War, reunion of separated families, and women's leadership in building peace. They marched with ten thousand Korean women on both sides of the DMZ on the wide boulevard of Pyongyang, cobblestone streets of Kaesong, and along the barbed wire fence in Paju.

Since then, Women Cross DMZ has been leading a transnational campaign—Korea Peace Now! Women Mobilizing to End the Korean War—with a coalition of women’s organizations, including the Nobel Women’s Initiative, Korean Women’s Movement for Peace, and the Women’s International League for Peace and Freedom.

Women Cross DMZ founder Christine Ahn will discuss the campaign and movement that is building political will for peace on the Korean Peninsula in a colloquium at the Center for Korean Studies on Wednesday, November 20, 2019, at 4:00 p.m.

Christine Ahn is the executive director of Women Cross DMZ. She is the co-founder of the Korea Peace Network, Korea Policy Institute, Global Campaign to Save Jeju Island, Korean Americans for Fair Trade, and National Campaign to End the Korean War. She has organized peace and humanitarian aid delegations to North and South Korea, and has addressed the U.S. Congress, United Nations, Canadian Parliament, and the Republic of Korea National Commission on Human Rights and the ROK National Assembly.

Ahn has worked with several prominent women’s and social justice organizations, including as the senior research and policy director at the Global Fund for Women, the international peace and solidarity director at the Women of Color Resource Center, and the economic and social human rights program coordinator at the Institute for Food and Development Policy. She has also worked with the Nautilus Institute for Security and Sustainable Development, Grassroots Global Justice, and the National Committee for Responsive Philanthropy.

She has spoken at major national and international conferences such as at the Summit of Nobel Peace Laureates, Ploughshares Fund, World Beyond War, and the Nuclear Age Peace Foundation. She has delivered keynote speeches at major universities, including Stanford University, Harvard University, Wellesley College, Scripps College, and the University of California (Berkeley, Irvine, Davis, Santa Cruz, Santa Barbara), University of Michigan, and University of Toronto. 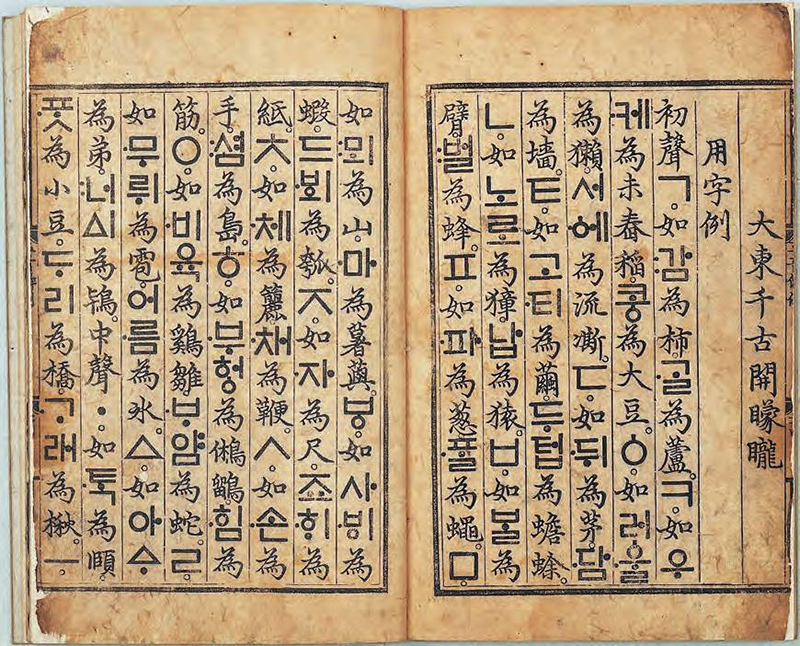 Conspicuous in early Chosŏn historical accounts is the dynasty’s preoccupation with language. First, the ruling house showed obsessive devotion to learning the spoken and written language of the “Middle Kingdom” from Ming (1368-1644). At the same time, Hanliwen (漢吏文)—the language of diplomatic protocol in use since Yuan (1297-1368)—was an active component of study. Second, Chosŏn‘s vernacular alphabet systematized by King Sejong 世宗 (Kr. Hunmin chŏngŭm 訓民正音) was also an important development of the early fifteenth century.

Because of the dominant nationalist discourses on “National Language,” however, the central question—why the period saw such attention to learning Chinese language and at the same time attempting to create Chosŏn’s own vernacular alphabet—has not been answered by scholars keen to understand the two language issues as polar opposites and to cast them as an inherent contradiction impossible to explain.

In a colloquium presentation at the Center for Korean Studies on Wednesday, November 6, 2019, at 4:30 p.m., historian Daham Chong will argue that it becomes possible to answer that ultimate question only if we stop thinking of the two features of “Sinicization” and “Desinicization” in Chosŏn as contradictions and instead de-construct the imaginary discursive demarcation line between them as an “invention of tradition” and start re-thinking of them as inseparably translative faces of a single coin.

Based on this approach, Chong will provide a post-colonialist critique on how the historical context of language issues in early Chosŏn has been bi-polarized as Korean (national) language versus Chinese (foreign) language confronting each other within the nationalist narratives of South Korean historiography. He will then offer new trans-national (trans-lingual) interpretations of Sejong’s Hunmin chŏngŭm promulgation within the context of late fourteenth- and early fifteenth-century East Asia.

DAHAM CHONG is an associate professor of history at Sangmyung University in Seoul and currently a visiting scholar at the Center for Korean Studies. Chong earned his Ph.D. in Korean history at Korea University. He has been rewriting early Chosŏn history as highlighted within the nationalist narrative of South Korean historiography by using postcolonial and transnational approaches. He has been reinterpreting the major projects of King Sejong in the fifteenth Century, including the Hunmin chŏngŭm vernacular alphabet, by rethinking their inseparable and translative relationship to Yuan, Ming, Jurchens, and Japan.