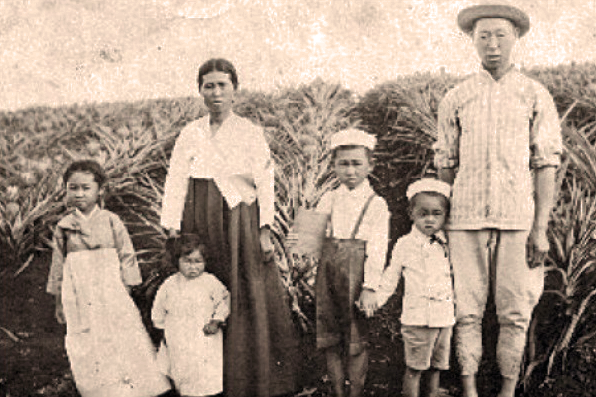 Center for Korean Studies faculty member Gary Pak, a professor of English at the University of Hawai'i at Manoa, will lead a colloquium titled "Plantation Children: Broadcasting Histories of Second-Generation Koreans in Hawai‘i" Tuesday, April 23, 2019, at the Center.

This program is based on research Pak conducted in 2005-2006, interviewing nineteen second-generation Koreans who were born and reared in the Islands by parents who had immigrated from Korea between 1903 and 1905. The ages of the interviewees ranged from the early seventies to the early nineties. The Center for Korean Studies published a three-DVD collection of these interviews with the title Plantation Children: 2nd-generation Koreans in Hawai'i in 2017.

The research aimed to explore whether there is a Korean identity in a multicultural environment such as in Hawai‘i and, if so, how language and culture may be factors that have shaped this identity. Pak posed questions on how to deepen our understanding of the particular nature of the Korean diaspora and what new cultures, new identities, and new ideologies may have been synthesized as a result of this history of global displacement.

Gary Pak is a third-generation Korean American whose grandparents arrived in Hawai`i in 1905. He is the author of, among other works, The Watcher of Waipuna and Other Stories (1992), A Ricepaper Airplane (1998), Children of a Fireland (2004), Language of the Geckos and Other Stories (2005), and Brothers Under a Same Sky (2013). 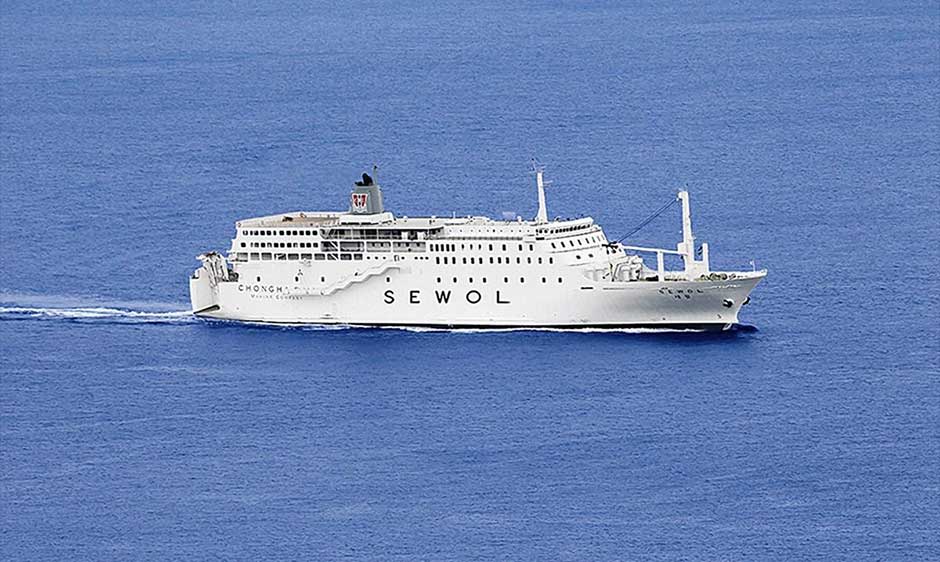 Clinical psychologist Sunyoung Kim will discuss research on the families of victims and survivors of the Sewol ferry disaster in a colloquium titled "Trauma Responses of the Bereaved Families and the Survivors' Families of the Sewol Ferry Disaster" at the Center for Korean Studies May 1, 2019, at 12 noon.

The Sewol sank April 16, 2014, while enroute from Inch'on to Cheju, resulting in deaths of 304 passengers. A majority of the victims were high school juniors on a field trip. This disaster became complicated by political circumstances in Korea and is still not fully resolved.

Professor Kim will describe research that looked at the traumatic effects of the disaster on the families of both victims and survivors of the disaster. The study compared the two different groups of families and their changes over time by measuring their mental health at two time points (a year apart) in order to examine how the two groups differ and how the families are recovering from the trauma.

The study used data collected from 112 individuals who were family members of the deceased victims or the survivors. The research included questions regarding depression, anxiety, PTSD, PTED (Post-traumatic Embitterment Disorder), PTGI (post-traumatic growth), and quality of life.

The research results indicated that the two groups were more similar than different in terms of anxiety, depression, PTED, PTGI, and quality of life, in spite of the difference in their trauma (death of a child or not). Professor Kim speculates that the socio-political circumstances and how the disaster was handled in society might have been the common factor that has been hindering their recovery regardless of whether they lost a child.

Sunyoung Kim is an associate professor in the Department of Psychology at the University of Hawai'i at Hilo and a contributing faculty member in gender and women's studies. She received her Ph.D. in clinical psychology from Boston University in 2004. Prior to joining UH Hilo, she was a research associate in the Department of Psychiatry and Behavioral Sciences at Stanford University School of Medicine, where she directed several treatment outcome studies on anxiety disorders funded by National Institute of Mental Health and the U.S. Department of Veterans Affairs.

In Korea, Dr. Kim worked at a research institute in which she carried out government-funded research projects on sexual violence and crime. She co-founded the first rape crisis center in Korea with colleagues and volunteered at the center as a counselor. Dr. Kim’s research and clinical interests include treatment outcome of anxiety disorders including PTSD and panic disorder; cross-cultural approaches to trauma, resilience, and mental health behaviors; and women and minority issues in clinical psychology.

Center for Korean Studies colloquia are free and open to the public. For further information, including information regarding access for the handicapped, telephone the Center at (808) 956-7041. This program is supported by Academy of Korean Studies grant AKS2018-E-31. The University of Hawai'i is an equal employment/opportunity/affirmative action institution. 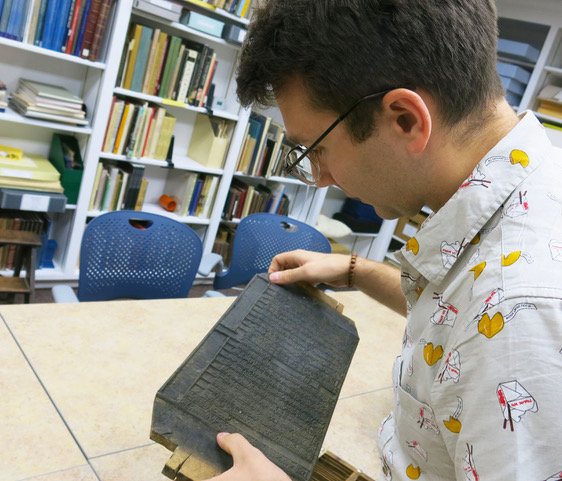 Rare Book School has announced a new course: The History of Books and Printing in Korea (H-160). Renowned curator Beth McKillop of the Victoria and Albert Museum will conduct the course July 28 to August 2, 2019, at the Harvard-Yenching Library. The course will survey books in Korea since 700 CE, with contextual references to developments in China and Japan, and to parallels in the West.

Participants will learn about the conception, production, transmission, and consumption of traditional Korean books. Key topics include economic factors underlying woodblock printing and type casting, publishing, questions of authentication and cataloguing, texts and paratexts, book illustration, libraries and collections, and the history of scholarship.

In addition to using the collections of the Harvard-Yenching Library, participants will visit the Harvard Art Museums, Boston Museum of Fine Arts, and Harvard Library’s Weissman Preservation Center throughout the week.

This course is intended for anyone interested in the cultural history of the book in East Asia and is especially suitable for persons knowledgeable about other book cultures. Required readings are all in English, and knowledge of Korean, Chinese, or Japanese languages is not necessary.

The Department of East Asian Languages and Civilizations at the University of Pennsylvania has announced the availability of two postdoctoral fellowships in Korean studies for the 2019–2020 academic year.

The fellowship will cover the twelve-month period between August 1, 2019, and July 31, 2020, and provide a stipend of $50,000 and benefits, including travel expenses for attending the 2020 Annual Meeting of the Association for Asian Studies. (On benefits, including medical, dental, vision, and life insurance, see http://www.sas.upenn.edu/deans-office/postdocs/postdocstaff.htm). The postdoctoral fellow will have use of shared office space and access to libraries and other resources at Penn.

The fellow will be required to teach two courses, one in fall 2019 and one in spring 2020.  There is the option of teaching a graduate-level class.  Fellows also will be encouraged to participate in the EALC Faculty Colloquium and to present their research at one of the sessions.

Applications must be submitted via the Interfolio system at the University of Pennsylvania: https://apply.interfolio.com/62123. A complete application must include a cover letter, a curriculum vitae, names of three persons who may be contacted for letters of recommendation, and the completed application submitted via Interfolio.

The application process will continue until the positions are filled.

The George Washington University Institute for Korean Studies (GWIKS) has announced its Korean Studies Book Manuscript Workshop for faculty working on a second book. The workshop is intended to provide support for faculty, regardless of citizenship, in the humanities and social sciences who are in the middle phase of writing a second monograph. The Institute will select ONE faculty on the basis of potential contribution to Korean studies.

The participant will attend one full-day workshop and collaborate with two invited commentators, Institute faculty, and a press editor on the conceptualization and finalization of the second scholarly monograph. GWIKS will provide roundtrip airfare, accommodations, and meals for the duration of the workshop. Limited funds are available for participants traveling from outside the United States.

Applicants must be a faculty member at an academic institution with a substantial portion of their second book manuscript completed (i.e., the introduction and two or more substantive chapters or 30,000 words).

To apply, submit the following documents to gwiks@gwu.edu by June 15, 2019, and indicate “Last Name, First Name – Book Manuscript Workshop” in the subject line:

Questions or about the workshop, eligibility, and the application process should be directed to gwiks@gwu.edu. 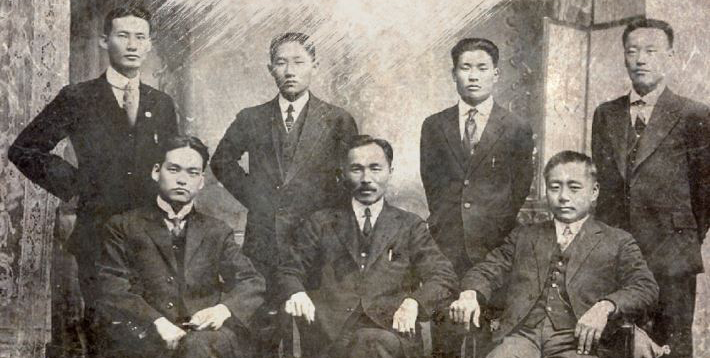 The Journal of Northeast Asian History is a peer-reviewed, semi-annual, English-language journal that focuses on history-based approaches to Asian politics, cultures, economy, and other fields to shed light on the historical realities of the Asian World. The Journal's geographical scope extends to other parts of the world that have significant relevance to Asian history.

For full consideration for publication in volume 16, issue 2 of the journal, submit manuscripts by September 30, 2019.

Direct questions regarding the journal, the submission process, and subscriptions to jnah@nahf.or.kr or jnah.nahf@gmail.com.

The George Washington University Institute for Korean Studies is accepting applications for a postdoctoral fellowship in Korean studies for the 2019-2020 academic year. This fellowship is open to scholars in the social sciences focusing on a Korea-related research topic.

The fellowship will cover up to a twelve-month period between August 1, 2019, and July 31, 2020, and provide a stipend of $50,000. The postdoctoral fellow will receive shared office space and access to libraries and other resources at George Washington. Also, the fellow will be invited to participate in the academic life of the George Washington University Institute for Korean Studies.

The postdoctoral fellow will be required to reside in the metropolitan Washington, D.C., area; work on revising his or her doctoral dissertation for publication as a monograph; teach one graduate seminar in the spring semester of 2020 (optional); give a public lecture for the Institute for Korean Studies lecture series during the appointment period; co-organize and present at a book manuscript workshop (April or May); mentor undergraduate fellows; and participate in Institute events and related activities.

Applicants must have received the Ph.D. degree in the social sciences, and all untenured scholars are eligible to apply. The applicant must have completed all requirements for the Ph.D. degree (dissertation deposited) by July 31, 2019.

Applications must be submitted by 5 p.m., EST. on Friday, May 17, 2019. Documents required with the application include a recently updated curriculum vitae; cover letter explaining research project, teaching experience, and planned accomplishments while in residence; statement of research; statement of teaching (optional); writing sample (max. 40 pages); and three letters of recommendation (emailed by referees directly). These should be sent in PDF form to  gwiks@gwu.edu.

The full text of the recruiting announcement is available here.

Questions regarding the position or the application process should be sent to gwiks@gwu.edu. 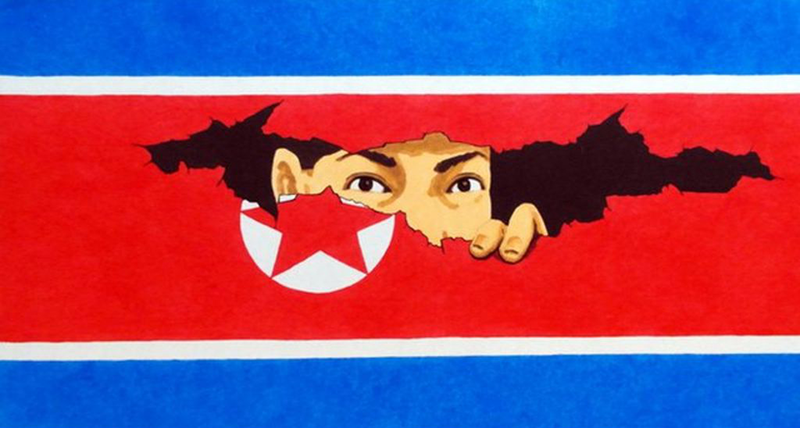 A one-day conference at the Center for Korean Studies titled The North Korean Diaspora: Art and Politics will provide a showcase for the work of noted "defector artist" Song Byeok.

The conference, organized by Professor Harrison Kim of the UH History Department, will take place Wednesday, April 17, 2019. An exhibit, The Iconoclast: Art of Song Byeok, will be on display at the Center April 17 and 18 from 9 a.m. to 5 p.m.

Song is one of the most acclaimed Korean artists living today. He was for two decades a propaganda artist for the North Korean government. Since defecting from the North in 2002, he has turned his prolific creativity to producing powerful, satirical art using motifs drawn from North Korea’s ruling culture. He has been featured in the Washington Post, National Public Radio, ABC News, Reuters, the Huffington Post, The Guardian, and CNN.

The artist will be one of the participants, with other experts, in the conference on the North Korean diaspora from 2 to 5 p.m.

3:30‒4:00 p.m. — Art
“My Journey from North Korea and the Political Potency of My Art”
Song Byeok (Artist, South Korea and Germany)

For further information, including information regarding access for the handicapped, telephone the Center at (808) 754-2103. 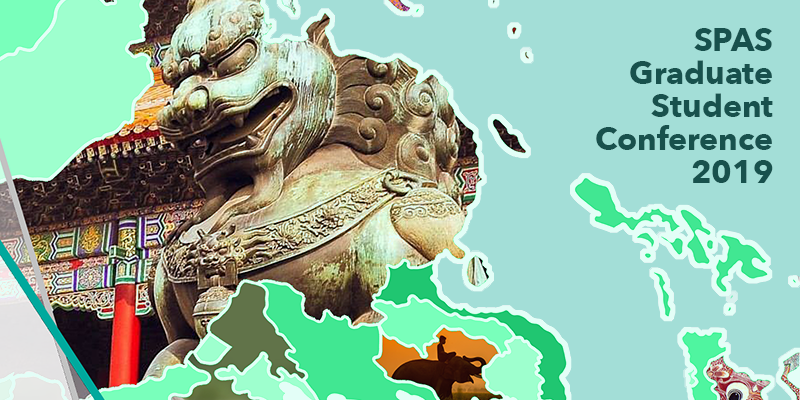 The 2019 annual UH School of Pacific and Asian Studies Graduate Student Conference begins Thursday, April 11, at the Center for Korean Studies. Thogchai Winichakul, a well-known critic of Thai political and social issues, will deliver the keynote speech at 3 p.m. to highlight the conference opening day. (See the conference program here.)

Thongchai Winichakul is an emeritus professor of history at the University of Wisconsin-Madison and is currently a senior researcher at the Institute of Developing Economies in Japan. His book, Siam Mapped (1994), won the Harry J. Benda Prize from the Association for Asian Studies. He received the Simon Guggenheim Award in 1994 served as president of the Association for Asian Studies in 2013–2014.

His research interests center on the cultural and intellectual history of Siam, focusing on the intellectual foundation of modern Siam (1880–1930). He is the author of a forthcoming book on the history of memories of the 1976 massacre in Bangkok, a tragedy in which he was a participant.