In its new form, the journal “aims to be the leading peer reviewed, citation indexed outlet for academic output in Europe in the English language,” according to its publishers.

The journal’s editors have issued a call for papers for volume 19 (2019-2010). Research articles and book reviews are invited in any academic discipline as it relates to Korea. Research articles must be in the English language and no longer than 12,000 words (not including endnotes).

The Korea Foundation invites foreign students who are currently undertaking Ph.D. coursework or are writing dissertations on topics related to Korean literature to participate in the 2019 Korean Literature Workshop for Doctoral Students. The workshop is intended to reinforce Korean studies abroad, especially in the field of Korean literature, by providing opportunities to learn more about the latest research trends and findings, receive guidance on dissertation writing, and visit literary sites in Jeju.

Applicants must meet the following qualifications: Be currently undertaking doctoral coursework at a university on a subject related to Korean literature; be able to deliver a presentation on their thesis project in Korean or English; be able to understand lectures delivered in Korean; and hold foreign nationality (Korean nationals undertaking doctoral coursework at overseas universities with permanent residency status where he or she is pursuing a degree are also eligible).

Depending on the number of qualified applicants, the Korea Foundation may give priority to students in the process of writing their doctoral dissertations.

Submit applications via the Korea Foundation Online Application Portal: http://apply.kf.or.kr. (Click the “Apply” button at the bottom of the program announcement and complete the on-line application form. You must register as a member before applying.) Certain documents are also required: Curriculum vitae, proof of enrollment in a Ph.D. program, and letter of reference from a doctoral advisor.

The editors of a special edited collection titled 1.5 Generation Korean Immigrants Across the World invite submissions for possible inclusion in the volume.

Recommended topics include: Complexities of defining the term “1.5 generation”; identity, home, and belonging; health and health-seeking behavior; education; family and gender; citizenship and policy; skills and innovation; role of technology and transnational connections; desire, strategies and navigation; and inclusion and exclusion. Contributions are welcome from a variety of disciplines and fields and may consider topics in relation to the 1.5-generation Korean immigrants in any particular host country settings.

Authors interested in contributing to the volume should send abstracts (200-300 words) to Jane Yeonjae Lee (jane.leechoi@gmail.com), research fellow in the School of Social Sciences at Singapore Management University, and Minjin Kim (mxk245@gmail.com), research fellow in the Prevention and Control of Cancer in Implementation Science Program at the University of Massachusetts Medical School, by April 19, 2019.

Submissions must be original, of high quality, and approximately 8,000 words in length at the publication stage. All will be considered through a peer-review process. Completed manuscripts will be due no later than August 30, 2019.

This book is scheduled to be published by Lexington Books in a special series on Korean Communities across the World (see https://rowman.com/Action/SERIES/LEX/LEXKCW). 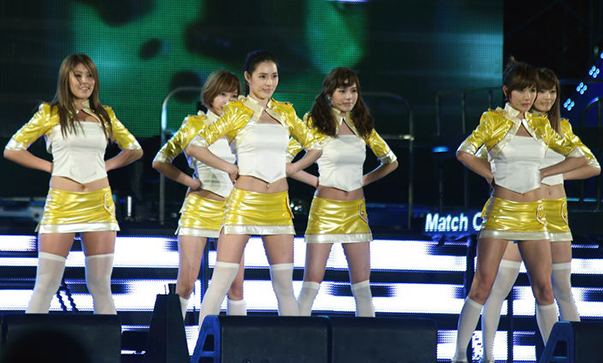 Former K-pop entertainer Rebekah Kim will give a presentation titled “Hi, Seoul! Nice to Meet You: My Journey into K-pop” Thursday, March 28, 2019. The program will take place in Business Administration A102. Event sponsors are the Center for Korean Studies and the University of Hawai‘i at Mānoa Asian Studies Program.

Kim, a Honolulu resident, was a member of the K-pop girl group After School from 2008 to 2011. The group won numerous awards, including the Korean Popular Culture and Arts Award in 2011, and was ranked among the top ten best K-pop girl groups. It was “among the first groundbreaking girl groups that represent the rise of K-pop as global music,” according to Jayson Chun, associate professor of history at the University of Hawai‘i at West Oahu.

Chun will begin the program at 4:30 p.m. with an introductory talk, “The K-pop Phenomenon.” Chun is writing a book exploring how much of the music in East Asia is transnational music with heavy U.S. influence.

Hanwoori follows Chun at 5:00 p.m. with a K-pop dance demonstration.

Kim, known as Bekah in her After School days, will talk about her life as a K-pop idol beginning at 5:30 p.m.

The University of Hawai‘i at Mānoa Center for Interpretation & Translation Studies is accepting applications for its 2019 Summer-Intensive Interpreter Training program.

Interpreters from the United Nations and the European Parliament will be teaching at the Summer-Intensive Interpreter Training from July 1 to August 9, 2019. The program is an opportunity to learn interpreting from a highly experienced, nationally and internationally renowned faculty. Participants will be trained in consecutive and simultaneous interpreting.

The program will be offered in Korean as well as Japanese, Mandarin, Spanish, and French. Space in the program is limited. Consult the CITS website for more information. 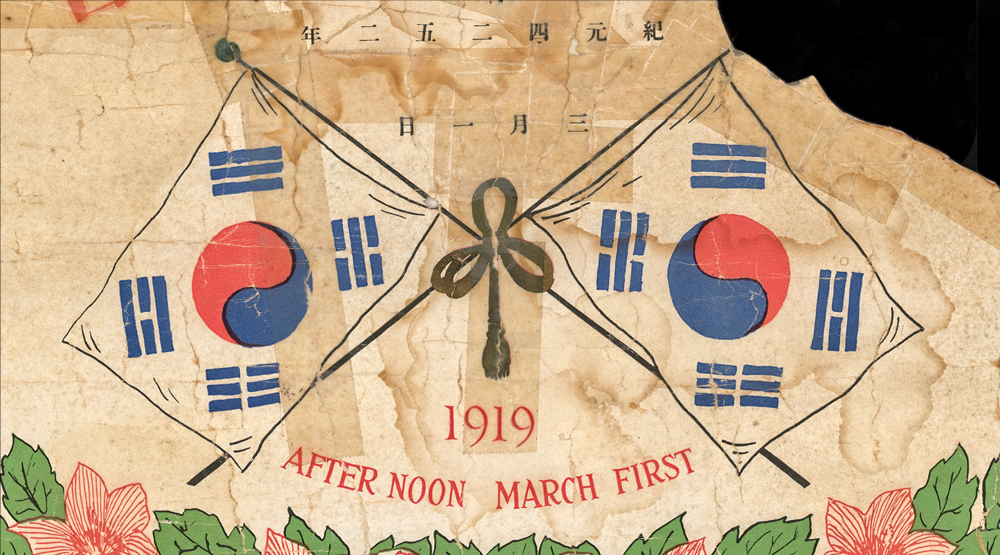 The Center for Korean Studies is pleased to present a special program commemorating the one hundredth anniversary of the March 1st Korean Independence Movement. The day-long program will take place at the Center Friday, March 15, 2019, beginning at 9:30 a.m.

The demonstrations in Korea on March 1, 1919, were among the earliest public displays of resistance following the Japanese annexation of Korea in 1910. The movement began with thirty-three Korean cultural and religious leaders drawing up a “Proclamation of Independence” and then organizing a mass demonstration in Seoul for March 1, 1919.

The Center for Korean Studies commemoration particularly highlights Hawai‘i’s significance as a center of the overseas Korean independence movement. The Islands’ Korean residents joined the demands for
“independence, peace, democracy, human rights and a free and equal democratic republic”and provided significant financial support for the movement.

The Center commemoration will include the showing of two documentary films in the morning and an afternoon symposium consisting of presentations on the March 1st Movement. The documentaries are:

The afternoon program will begin with a keynote speech titled “Historical Context and Significance of the March 1st Independence Movement” by historian Byung-ook Ahn, president of the Academy of Korean Studies. Presentations following the keynote include:

The program will end with Korean traditional music and dance performances by Hae In Lee and Clara Hur, accompanied by Mary Jo Freshley and Byong Won Lee.

All the day’s activities are free and open to the public. The complete schedule can be found on line here</a>. For further information, contact the Center for Korean Studies at (808) 956-7041.

This program is supported by Academy of Korean Studies grant AKS2018-E31. The University of Hawai‘i is an equal employment opportunity/affirmative action institution.