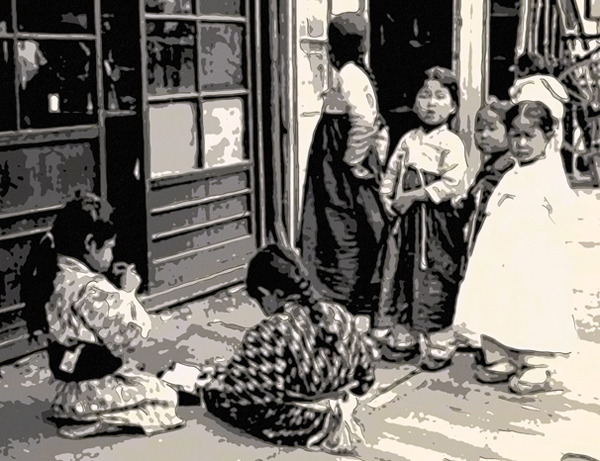 The University of Hawai‘i at Mānoa Center for Korean Studies will present a symposium on Zainichi literature and culture on March 5 and 6, 2019, in the CKS auditorium. The symposium will run from 2:00 p.m. to 4:00 p.m. each day.

The term “Zainichi” refers largely to Koreans who were involuntarily brought to Japan during the Japanese colonial occupation of Korea (1910–1945) for forced labor purposes. After World War II, some Koreans returned to their ancestral homeland, but many remained in Japan, where they have faced discrimination on all levels of society and have generally had a very low standard of living up to recent times. There are estimated to be 322,000 Zainichi Koreans in Japan today.

Kyung Hee Ha is an assistant professor in the Graduate School at Meiji University. She is currently working on a book project on Korean schools in Japan in the context of the U.S.-led war on terror. Her recent publications include “Cultural Politics of Transgressive Living: Socialism meets Neoliberalism in pro-North Korean Schools in Japan” in Social Identities: Journal for the Study of Race, Nation and Culture (Vol. 24.2 [2018]: 189-205).

Hyewon Song is a visiting researcher from Osaka University of Economics and Law. Her research interests include Zainichi Korean literature/culture, gender studies, and comparative Korean diaspora studies. Her publications include Collection of the Zainichi Korean Literary Society 1945-60 (Ryokuin Shobō, 2018) and A Literary History of Zainichi Koreans: Revealing the Polyphony of Silent Voices (Iwanami Shoten, 2014).

Ri-bak Kim was born in Ch’angwŏn City, Kyŏngnam Province, South Korea, in 1942. After his father was drafted by force in 1944, he accompanied his mother to Osaka, Japan, and has remained there until today. Kim attended public schools and later entered the Department of Science at Korea University in Japan. He graduated with a degree in biochemistry in 1970.

Kyunghee Ha will open the symposium Tuesday with a presentation titled “The Dilemma of Minority Politics in ‘Multicultual’ Japan.” Hyewon Song will follow with a talk titled “Bilingualism in Zainichi Korean Literature: An Alternative Literary History.”

Wednesday’s program will begin with a reading of poems by Ri-bak Kim and commentary on his compositions. It will conclude with a panel discussion featuring Kyunghee Ha and Hyewon Song.

This two-day symposium is free and open to all. For further information, including information regarding access for the handicapped, telephone the Center at (808) 956-7041. For information on parking on campus, consult the University Commuter Services Web site.

This symposium is supported by the Core University Program for Korean Studies through the Ministry of Education of the Republic of Korea and the Korean Studies Promotion Service of the Academy of Korean Studies (AKS-2015-OLU-2250005). The University of Hawai‘i is an equal opportunity/affirmative action institution. 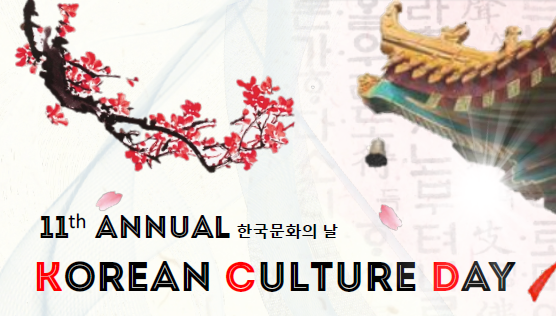 University of Hawai’i at Mānoa Korean studies students stage their eleventh annual Korean Culture Day at the Center for Korean Studies Friday, March 8, 2019. The event starts at 10:00 a.m. and continues until 2:00 p.m.

The event offers opportunities to experience something of the feel and taste of Korea. Activities include music, dance, games, Hanbok, crafts, calligraphy, food, and a student talent show.

The program is produced by the students of the Korean Language Flagship Center, Department of East Asian Languages and Literatures, College of Languages, Linguistics and Literature, and the Center for Korean Studies.

This year’s Korean Culture Day enjoys the sponsorship of the Francis A. and Betty Ann Keala Fund of the Colleges of Arts and Sciences; Palama Market; Ohana Pacific Bank; and Fabric Mart.

Korean Culture Day activities are free and open to all. For further information, telephone the Center for Korean Studies at (808) 956-7041 or contact faculty sponsor Hye Seung Lee or Sumi Chang. Also see uh_korean_squad on Instagram.

In the wake of his initial meeting with President Donald J. Trump, North Korean leader Kim Jong-un revealed that he would prepare for the forthcoming second summit meeting by approaching denuclearization negotiation through “joint research and fine-tuning” with “China.”

In his New Year address, Kim issued a veiled warning to the United States: “If the U.S. doesn’t keep the promise it made in front of the world and misjudges the North Korean people’s patience, imposes unilateral concessions and continues with sanctions and pressure, we also don’t have any other choice but to explore a new path.”

Many experts interpreted Kim’s “new path” as North Korea returning to missile launches and nuclear tests, but Lee argues that the “new path” Kim meant was to align North Korea closer to China.

Lee’s lecture, titled “The China-North Korea Intrigue under Xi Jinping and Kim Jong-un: A Marriage of Convenience or a New Strategic Partnership?,” will take place at 12 noon in Moore Hall 109, 1890 East-West Road, on the University of Hawai’i at Mānoa campus.

Lee Seong-hyon is a graduate of Grinnell College, Harvard University, and Tsinghua University, where he earned his Ph.D. in political communication. He was the 2013–14 Pantech Fellow at Stanford University and is currently a senior fellow (nonresident) at the Center for Korean Peninsula Studies at Peking University. Lee has written extensively on the relations between the United States, China, and Korea. His comments and columns have appeared in many media, including CNN, the BBC, the New York Times, Washington Post, Al Jazeera, Foreign Policy, China’s CCTV, and Hong Kong’s Phoenix TV. He writes bi-weekly columns for The Korea Times. He lived in Beijing for eleven years. His research interests include China–U.S.–North Korea Relations, U.S.–China Relations, Sino–North Korea Relations, and Chinese Press and Foreign Policy.

This event is free and open to the university community and the public. For further information contact the Center for Chinese Studies (http://manoa.hawaii.edu/chinesestudies).

A conference at the Center for Korean Studies February 14–15, 2019, will delve deeply into the works of more than a dozen well-known modern and contemporary Korean Women writers.

The conference, titled “Intersectionality of History, Socio-political Consciousness, and Gender: Modern and Contemporary Korean Women Writers and Their Works,” was organized by Yung-Hee Kim, professor of Korean literature and a member of the Center for Korean Studies faculty. It will feature presentations by some of the leading specialists in Korean women’s literature, women’s studies, and related fields from Korea and the United States.

Participating scholars will explore how Korean women writers from the colonial period (1910–1945) to the 1990s articulated their ideas and views about the landmark events in modern Korean historico-political history—Japanese colonial exploitation, post-liberation political and social chaos, the Korean War trauma (1950–1953), and the military government’s oppression (1961–1993)—and their impact on gender identities of Korean women and their social role expectations.

The program for the two-day conference is organized in five thematic sessions: Dynamics of gender, class, and colonialism; Impacts of Korean liberation and political/ideological division of Korea on women’s identities and social role expectations; The Korean War and its bearing on the change of women’s status, role, and social expectations; Anti-government, dissident discourses and gender politics of the 1980s; and Women’s social advancement, visibility, and presence in the gender and cultural landscapes of 1990s Korea.

Session begin at 9 a.m. each day. Program details are available at https://ckshi.org/2VqTjJ4. Presentations will be delivered in both Korean and English.

This event is free and open to the public. For further information, including information regarding access for the handicapped, telephone the Center for Korean Studies at (808) 956-7041. 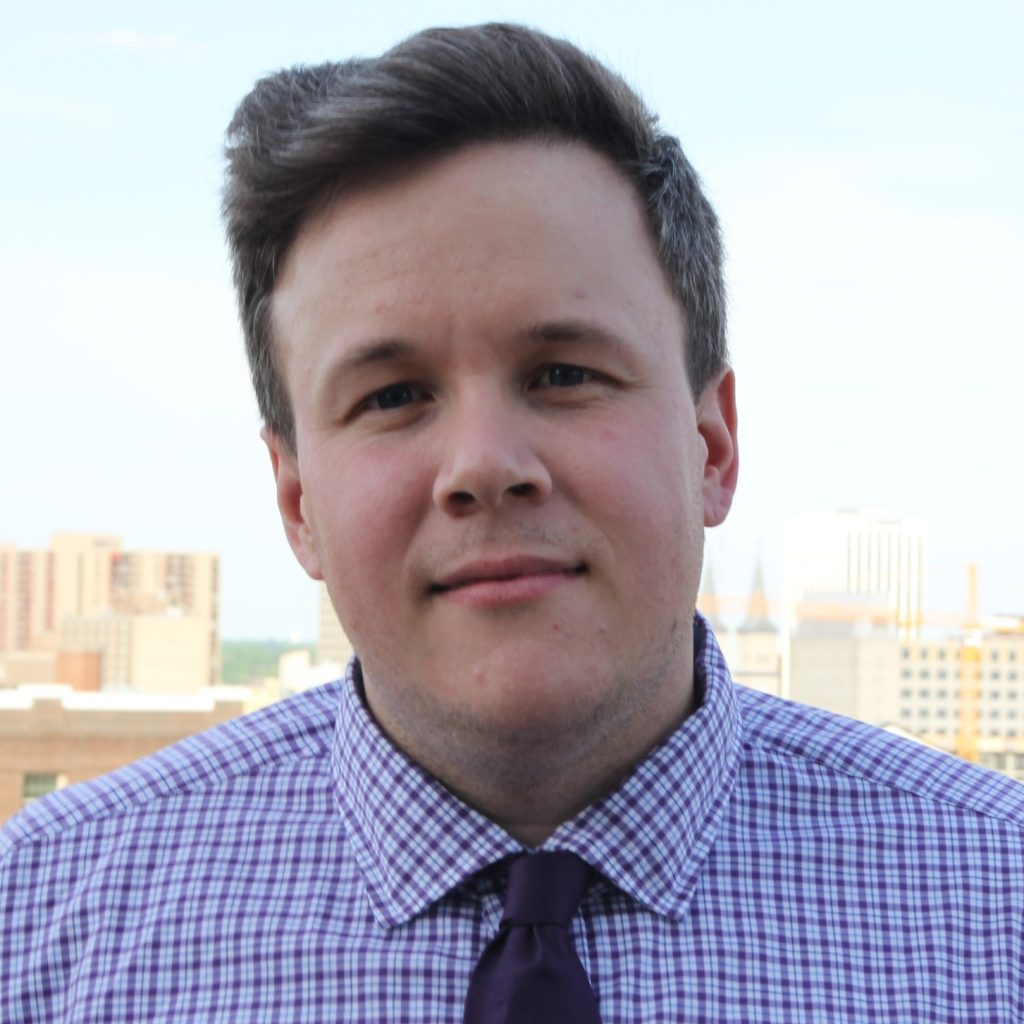 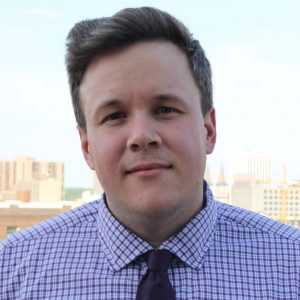 What does it mean to be a national security threat as a queer person during a public health crisis in contemporary South Korea? Dr. Timothy Gitzen will address that question Tuesday, February 12, 2019, in a lecture titled “The Threat of Queer Bodies: HIV, Sexuality, and Biosecurity in South Korea.”

The lecture, sponsored by the University of Hawai’i at Mānoa Department of Women’s Studies, will take place from 3:00 to 4:30 p.m. in Crawford Hall 115 on the Mānoa campus.

Timothy Gitzen is an anthropologist, writer, speaker, teacher, and queer activist. He is currently a Korea Foundation Postdoctoral Fellow in the Institute for Korean Studies at Indiana University.

In his talk, Gitzen will focus on how anti-LGBT organizations used the biosecurity context of the spring 2015 outbreak of the Middle East Respiratory Syndrom (MERS) in South Korea to engender fear around HIV and queer people. Such people were, he says, reduced to their bodies and their bodies to a virus, no longer persons but threats in need of isolation. He argues that queer and HIV/AIDS activists responded to the fear of HIV and queer bodies by reinscribing corporeal threats with personhood.

Gitzen earned his Ph.D. in sociocultural anthropology at the University of Minnesota. His research focuses on sexuality and security, LGBT health and violence, and social justice in South Korea. His publications include “Bad Mothers and ‘Abominable Lovers’: Goodness and Gayness in Korea,” in Mothering in East Asian Communities: Politics and Practices, ed. Patti Duncan and Gina Wong (2014); “Sex/Gender Insecurities: Trans Bodies and the South Korean Military,” co-authored with Horim Yi, TSQ: Transgender Studies Quarterly 5.3 (2018); and “Ripples of Trauma: Queer Bodies and the Temporality of Violence in Contemporary South Korea,” in the forthcoming collection Queer Korea, to be published by Duke University Press. 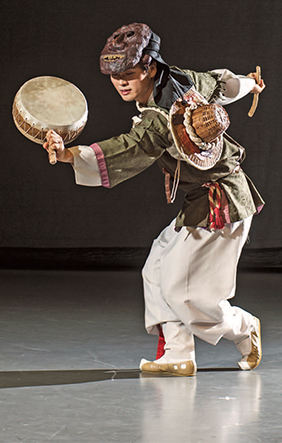 The East-West Center Arts Program will present a performance of Korean mask dance and music Sunday, February 17, 2019, at 4:00 p.m. in Orvis Auditorium on the University of Hawai‘i at Mānoa campus.

The program will feature an ensemble called Chunhajeil Tal Gongjakso 천하제일탈공작소 (The Greatest Masque). The group will perform solo mask dances from three famous regional traditions of southeastern Korea, accompanied by a full band of musicians.

The program will also include other traditional Korean dances as well as an improvised group dance described as exploring “new possibilities for traditional dance in modern times.”

Tickets are available on line at https://ewcarts.eventbrite.com. Seating is general–first come, first served. Ticket prices are $25 general; $20 seniors 65+, EWC/UH faculty and staff, and military and veterans; and $10 for college students with ID and children eighteen and under.

In addition to the East-West Center, sponsors of this performance are the University of Hawai‘i at Mānoa Department of Music, Halla Huhm Foundation, Korean American Foundation Hawai‘i, Kook Min Hur Foundation, and Donald & Iris Kim Foundation.