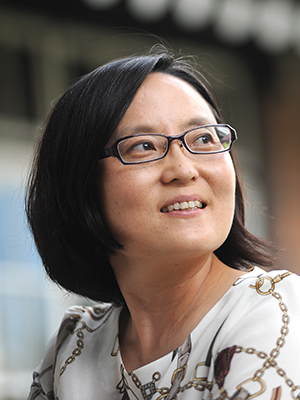 Sexuality has become a major issue in public politics in South Korea, where the MeToo movement has emerged, as elsewhere. Anthropologist Hyun Mee Kim of Yonsei University will take on this topic February 7, 2019, when the Center for Korean Studies presents its tenth Forum on Critical Issues in Korean Studies.

In her lecture–titled “Sexuality and Public Politics: Temporal Contingency of the #MeToo Movement in Contemporary South Korea”–Kim will analyze the “temporal aspect” of why Korea’s Me Too movement has spread since 2017. She will examine the movement in the context of the failure of the “state feminism” of the conservative regime and the moral failure of the progressive wing over the years as seen in former Governor Ahn Hee-jung’s sexual violence case.

Kim will stress how “everyday feminism” is transforming the meaning of democracy through the development of the dynamic tensions between the private and the public. Her presentation begins at 4:00 p.m. in the Center for Korean Studies auditorium.

Hyun Mee Kim is a professor of cultural anthropology at Yonsei University. Her research interests center on gender and labor, migration and multiculturalism, feminist cultural theories, urban youth, and inter-Asia cultural studies. Kim earned her Ph.D. in sociocultural anthropology at the University of Washington in 1995. She is the author of two books—We All Left Home: Living in South Korea as Migrants (2014, in Korean) and Cultural Translation in a Global Era (2005, in Korean)–as well as numerous articles and book chapters.

The Forum on Critical Issues in Korean Studies was inaugurated in 2010 to bring outstanding scholars from around the world to the University of Hawai‘i Mānoa campus for discussions of important contemporary topics related to Korea. The Forum is free and open to the public.

For further information, including information regarding access for the handicapped, telephone the Center for Korean Studies at (808) 956-7041. This presentation is supported by the Doo Wook and Helen Nahm Choy Fund. The University of Hawai‘i is an equal opportunity/affirmative action institution.

The Korea-America Student Conference (KASC) is currently recruiting for its 12th delegation, to comprise American and Korean undergraduate and graduate students. KASC is a three-week academic and cultural conference focused on educating the next generation of leaders on U.S.-Korea and regional issues.

The 12th KASC will convene in Los Angeles, California; Incheon, South Korea; and Seoul, South Korea from July 9 to August 1, 2019. KASC delegates will have the opportunity to engage in full and frank dialogue outside the traditional classroom setting and will hold roundtable discussions on the topics of refugee crisis; mental health; art, history, and narratives; and identity. Delegates will meet with prominent leaders from business, government, and academia; engage in cultural and professional exchange in the United States and South Korea; and participate in forums to better prepare them for their respective future careers.

Interested students should visit the KASC Web site to learn more about the conference and find out how to apply. The deadline has been extended to February 27, 2019.

Issues surrounding income inequality in Korea will be up for discussion at an international conference taking place at the Center for Korean Studies on Thursday, January 31, 2019. The conference, titled Beyond Income Inequality: Exploring Multiple Dimensions of Inequality in Korea, is chaired by Professor Myungji Yang of the University of Hawai‘i at Mānoa Department of Political Science.

The conference, in the Center for Korean Studies conference room, begins with an introduction at 3:00 p.m. and winds up with a discussion session from 4:50 to 5:30 p.m. In between, the conference will hear three presentations:

Center for Korean Studies events are free and open to all. For further information, including information regarding access for the handicapped, telephone the Center at (808) 956-7041.

This conference is supported by the Core University Program for Korean Studies through the Ministry of Education of the Republic of Korea and the Korean Studies Promotion Service of the Academy of Korean Studies (AKS-2015-OLU-2250005). The University of Hawai‘i is an equal opportunity/affirmative action institution.

The Center for Korean Studies is joining several other organizations in hosting an international conference, Contemporary Legal Issues in Financial Law: Comparative Perspectives of South Korea and the United States, Wednesday, January 23, 2019.

The conference, which runs from 1:30 p.m to 5:40 p.m. in the Center auditorium, is co-hosted by The Korea Financial Law Association; Pacific Asian Legal Studies; and the Institute of Asian-Pacific Business Law, William S. Richardson School of Law, University of Hawai‘i at Mānoa. It is co-sponsored by the Korea Securities Depository.

The program begins with an opening address by Jung Dae-Ik, president of the Korea Financial Law Association and a professor at Kyungpook National University, and a welcoming address by Professor Baik Tae-Ung of the William S. Richardson School of Law and current director of the Center for Korean Studies.

The remainder of the program consists of five topical sessions featuring a single presentation followed by discussion. The sessions are:

This event is free and open to the public. For further information, telephone the Center for Korean Studies at (808) 956-7041. The University of Hawai’i is an equal opportunity/affirmative action institution. 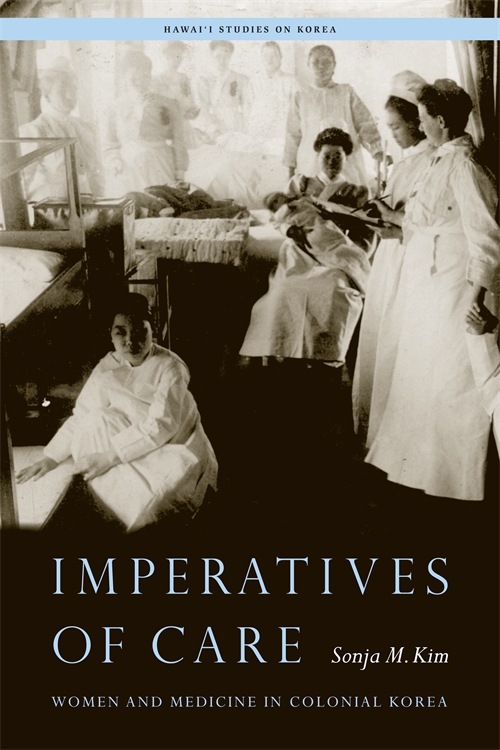 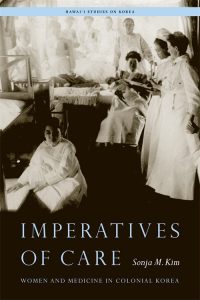 The University of Hawai’i Press has issued the sixteenth title in the Hawai’i Studies on Korea series, co-published with the Center for Korean Studies since 2000.

The new title is Imperatives of Care: Women and Medicine in Colonial Korea by Sonja M. Kim. Kim is associate professor of Asian and Asian American studies at the State University of New York, Binghamton.

Kim’s work is the first monograph on public health priorities in maternal and infant welfare in late nineteenth- and early twentieth-century Korea. In it she outlines the professionalization of medicine, nursing, and midwifery, tracing their evolution from new legal and institutional infrastructures in public health and education. She also investigates women’s experiences as health practitioners and patients, medical activities directed at women’s bodies, and the related knowledge and goods produced for and consumed by women.

The book draws on archival sources, some not previously explored, to foreground the ways individual women met challenges posed by uneven developments in medicine, intervened in practices aimed at them, and seized the evolving options that became available to promote their personal, familial, and professional interests.

According to Kim, medicine produced, and in turn was produced by, gendered expectations caught between the Korean reformist agenda, the American Protestant missionary enterprise, and Japanese imperialism.

Imperatives of Care is available directly from the University of Hawai’i Press, through book dealers, and through on-line services such as Amazon.

February 1, 2019, is the application deadline for academic year 2019-2020 scholarships administered by the Center for Korean Studies.

Scholarships managed by the Center are listed on Center’s Web site and include awards for both graduate and undergraduate students engaged in Korea-related studies.

Applications must be submitted through the University of Hawai’i student-scholarship Web site (STAR) at www.star.hawaii.edu/scholarship/. Once on the site, search for the keyword Korea.

Note that in addition to completing the on-line procedure, applicants must also arrange for letters of recommendation and may need to submit copies of transcripts.

Direct questions about the scholarships and application procedures by e-mail to the CKS scholarship coordinator at kscord@hawaii.edu or telephone (808) 956-2212.