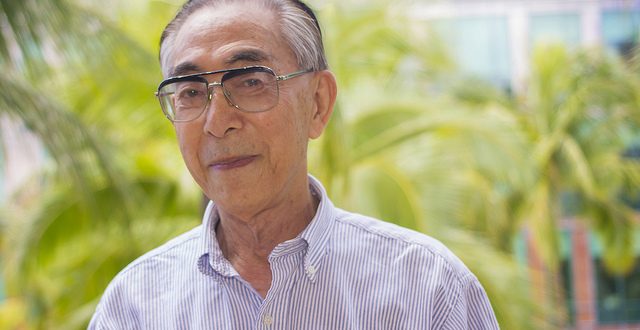 Yanagimachi is world renowned for his research in reproductive biology, especially his pioneering work with in vitro fertilization in humans, freeze-dried sperm technology, and the creation of the world’s first cloned mouse.  He is often called the grandfather of IVF, which has helped millions of parents produce children.

In 2013, one of the transgenic technologies that Yanagimachi helped pioneer was once again in the headlines, as global audiences were captivated by images of glowing green rabbits.

As part of their exclusive Q&A, The Prism asked Yanagimachi to describe the motivation behind his work.

I was sort of a slow starter,” Yanagimachi said. “I was 38 years old when I got a faculty position at UH. Many of my other university classmates had appropriate positions much earlier than I did. I always thought that I needed to work hard and catch up to the others when I attained an appropriate research/teaching position. People may have thought that I was a workaholic, but because I was doing what I really enjoyed, I did not get tired even if I slept for only a few hours a night. (Chuckling.) Another motivation was that I felt it is a scientist’s privilege to discover the secrets of nature. Unlike people, nature never lies.”