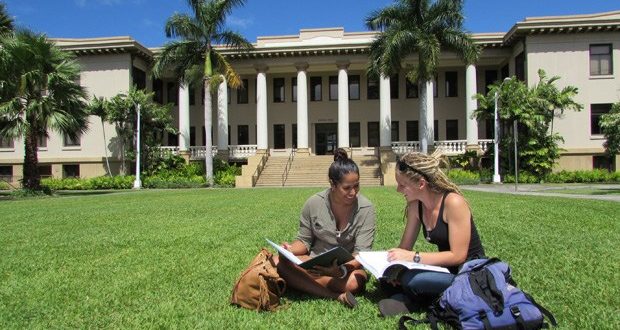 Five schools and colleges at the University of Hawaiʻi at Mānoa have been ranked by U.S. News and World Reportin its just-released 2017 Best Graduate Schools lists. The recognized educational units are the Shidler College of Business, College of Education, William S. Richardson School of Law, the School of Nursing and Dental Hygieneand the Myron B. Thompson School of Social Work.

Said Chancellor Robert Bley-Vroman, “We are gratified that our graduate students attend programs that are rated among the very best at universities and colleges throughout the country. Our offices of Academic Affairs and Graduate Education should be commended for their diligent work and focused leadership.”

According to U.S. News, the rankings are based on two types of data: “expert opinions about program excellence and statistical indicators that measure the quality of a school’s faculty, research and students.” The data come from statistical surveys of more than 1,900 programs, and from reputation surveys—sent to more than 18,400 academics and professionals—conducted in fall 2015 and early 2016.