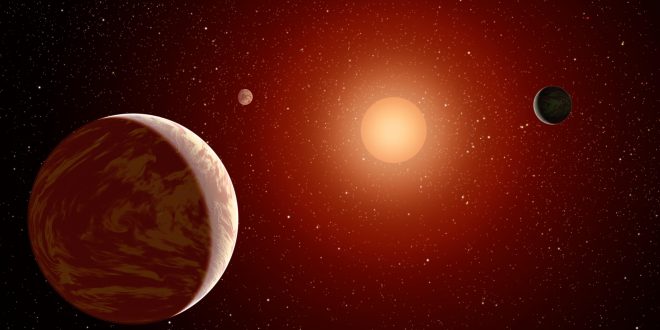 Both student researchers are making significant contributions in the competitive field of exoplanet science—the study of planets around stars other than the sun.

Brendan Bowler’s research focuses on identifying new planets through direct imaging, using state-of-the-art adaptive optics techniques on the Keck and Subaru telescopes on Mauna Kea. Bowler has also been working to characterize the atmospheres of giant planets like Jupiter using spectroscopy. At IfA, Bowler has published eight first-author refereed papers and has been a major co-author on another eight and a minor co-author on another ten papers. His ability to publish his results quickly puts him at the level normally reserved for top junior faculty members. Bowler will continue his career as a Prize Postdoctoral Fellow in Planetary Astronomy at the California Institute of Technology’s Joint Center for Planetary Astronomy.

Andrew Mann studies exoplanets and the properties of the stars that they surround. His thesis work is focused on a type of red dwarf star called an M dwarf, which is cooler and dimmer than our sun. Mann’s work includes developing techniques to find new transiting planets around M dwarfs, establishing M dwarf metallicities (the extent to which they contain elements besides hydrogen and helium), and studying statistics, such as the occurrence of planets around M dwarfs, resulting from transiting planet surveys. In the past few years, Mann published five first-authored manuscripts on exoplanet science and one on clusters of galaxies in peer-reviewed astronomical journals. He has also co-authored ten other peer-reviewed publications. Mann was selected for the prestigious Harlan J. Smith Fellowship at the University of Texas at Austin and will start there in fall 2013.

Previous Plastic for dinner? Big fish eat more than you expect
Next Fighting snails with snails