The lab examines the malleability of person perception across 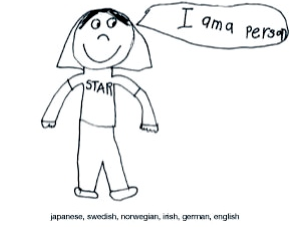 context and time, and the effects of such malleability on intergroup cognition and behavior. Particularly, we study how the racial categorization process, both in its development in early childhood and in its application once fully formed, is influenced by culture, motivation and situational cues. While much research focuses on social cognition only after racial categorization has already occurred, malleability at the stage of racial categorization itself has been overlooked due to a historically narrow focus on perceptually obvious groups. As ambiguous social categories become more prevalent, a more nuanced understanding of how individuals’ social categorization processes may be biased, as well as the potential consequences of such biased perceptions, will be required.  Thus, our research focuses on how we perceive and treat racially ambiguous individuals. Additionally, as racial categories blur, educating children about race will only become more complicated—curricular choices must be informed by thoughtful research. Given that children will grow up in an increasingly diverse society, it is of paramount importance to understand how varying socio-cultural environments impact children’s understanding of race and intergroup relations more broadly. Our research can be divided into two main lines of inquiry: I. Racial Ambiguity, and II. Development of race-related knowledge. 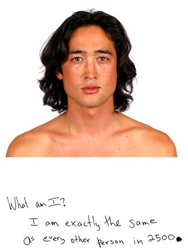 Multiracial identities create a conundrum for perceivers accustomed to classifying people as “own” or “other” race. Ambiguous racial category cues may be fluidly associated with multiple racial groups (Freeman, Pauker, Apfelbaum, & Ambady, 2010, Journal of Experimental Social Psychology), allowing for motivational factors to more readily exert their influence on the process of categorization. Our work has demonstrated that both White and Black perceivers have difficulty remembering racially ambiguous targets and that group-level motivation can augment or diminish memory for ambiguous faces (Pauker et al., 2009, Journal of Personality and Social Psychology). For multiracial individuals, however, the motivation to include racially ambiguous targets into the in-group may be chronically accessible. Our work has also explored whether those who think of race in a more flexible manner, like biracial individuals, can remember multiple groups of faces well (Pauker & Ambady, 2009, Journal of Social Issues; Pauker, Ambady, & Freeman, 2013, Social Cognition).

This line of research (with Kerri Johnson at UCLA and Jennifer Eberhardt at Stanford) explores how motivations and social knowledge may impact perceptions of ambiguous social categories. In one study we found that contextual cues to identity and biracial individuals’ lay theories about race impact how they see their own face. I plan to extend this work in several directions. How might situational threats to social identity impact a perceiver’s categorization of racially ambiguous targets? Can being treated in a discriminatory way affect how one perceives one’s own or another person’s face?

Given that racial group membership is a cue to which adults readily attend, childre 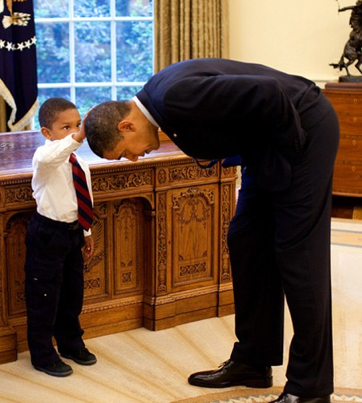 n must learn at some point that race is a relevant social categorization. What shapes the emergence of race as a socially relevant category? Not only are racial categorizations and the consequences of these categorizations malleable, the categorization process itself also changes with development. At five years of age, noticing someone’s race may merely mean noticing someone looks different from you, while at ten years of age, noticing someone’s race may activate a host of stereotypes, as well as norms that expressing these stereotypes may elicit social sanction. Our work has explored when children acquire and use racial stereotypes and what triggers the onset of racial stereotyping (Pauker, Ambady, & Apfelbaum, 2010, Child Development). We have also demonstrated that children as young as 10 begin to respond to pervasive norms of political correctness and avoid talking about race (Apfelbaum, Pauker et al., 2008, Developmental Psychology). Moreover, adopting such a colorblind approach to thinking about diversity has consequences: it affects a child’s tendency to pick up on and report instances of obvious racial discrimination (Apfelbaum, Pauker, Sommers, & Ambady, 2010, Psychological Science).

Additionally, we are interested in how varying socio-cultural environments and children’s implicit lay theories impact behavior. We have explored in adults how subtle racial biases may be transmitted via nonverbal behavior displayed on popular television shows (Weisbuch, Pauker, & Ambady, 2009, Science) and also how adults’ lay theories about prejudice can facilitate or deter positive intergroup interactions (Carr, Dweck, & Pauker, 2012, Journal of Personality and Social Psychology). Building on this work, future research in the lab will explore how children’s implicit lay theories (e.g., belief whether prejudice can change) and nonverbal influences in their environment (e.g., nonverbal behavior depicted in the media) affect the emergence of interracial anxiety and racial segregation in children.

How can we encourage positive interracial interactions in children?

This project (with Carol Dweck and Jennifer Eberhardt at Stanford, and Evan Apfelbaum at MIT) explores the antecedents, behavioral correlates, and consequences of anxiety in an interracial interaction as they emerge developmentally. We are also developing an intervention to examine whether encouraging children to adopt a more malleable lay theory about prejudice can mitigate interracial anxiety in actual interracial interactions and increase motivations to form and maintain interracial friendships.

How are subtle racial biases transmitted?

This line of research (with Max Weisbuch at University of Denver) examines how people acquire implicit racial biases. We are interested in whether this type of nonverbal socialization can model uncomfortable interracial interactions that affect the development of children’s interracial anxiety or can direct children’s attention to certain types of social categories in development (e.g., learning that race is a salient social category but hair color is not).