Blog - Latest News
You are here: Home / Renowned economist will address what’s at stake in presidential ... 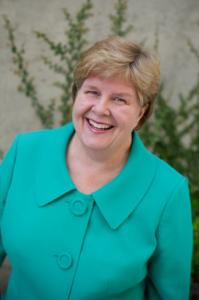 University of Hawaiʻi at Mānoa

Christina D. Romer—former first chair of President Obama’s Council of Economic Advisors, a New York Times columnist and professor at UC Berkeley—has been named the 2012 Dan and Maggie Inouye Distinguished Chair in Democratic Ideals. She will give a free public presentation at 7 p.m. on Tuesday, October 30, 2012, at Orvis Auditorium on the UH Manoa campus.
Fundamental economic questions have dominated one of the most consequential presidential election campaigns of our time. As a prominent economist, Romer will shed light on policy choices that the winner of the presidential election will face, and offer her own evidence-based recommendations to rebuild the American economy.
Romer is an expert on macroeconomic volatility and the causes of the Great Depression. The recipient of numerous awards, she is a member of the American Academy of Arts and Sciences. Professor Romer received her PhD from MIT and is currently the Class of 1957-Garff B. Wilson Professor of Economics at UC Berkeley.
Doors to the October 30 presentation at Orvis Auditorium will open at 6:30 p.m. for the 7 p.m. event. Seating is on a first-come, first-served basis. On-campus parking is available for $6.
See http://www.hawaii.edu/calendar/manoa/2012/10/30/19706.html.
The Dan & Maggie Inouye Distinguished Chair in Democratic Ideals at UH Manoa engages scholars and public figures dedicated to sharing their knowledge and life experiences. With an emphasis on democratic processes and the importance of public life, the Chair enhances understanding of the unique context of Hawaii, Asia and the Pacific within the traditional positions of power and influence in the U.S.
https://manoa.hawaii.edu/inouyechair/wp-content/uploads/romer-christina.jpg 300 199 adminscholar https://manoa.hawaii.edu/inouyechair/wp-content/uploads/2013/10/logo1.png adminscholar2014-05-08 11:43:512014-05-12 19:50:23Renowned economist will address what's at stake in presidential election