Blog - Latest News
You are here: Home / Public invited to ‘A Conversation with W.S. Merwin’ 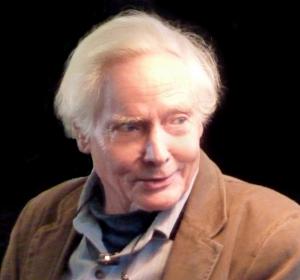 W.S. Merwin—two-time Pulitzer Prize Award winner, National Book Award recipient and U.S. Poet Laureate from 2010-11—is coming to the University of Hawai‘i at Mānoa campus as the 2012 Dan and Maggie Inouye Distinguished Chair in Democratic Ideals. “A Conversation with W.S. Merwin” will take place at Kennedy Theatre on Thursday, March 1, 2012, at 7:30 p.m.

After the free public presentation, which is sponsored by the Office of the Chancellor, Merwin will hold a book signing in the lobby of Kennedy Theatre, where a number of his titles will be available for purchase.  In addition, he is scheduled to hold an informal question-and-answer session with students while visiting the UH Mānoa campus.

On Saturday, March 31, “An Evening with W.S. Merwin” will take place at 7:30 p.m. in the McCoy Studio Theater at the Maui Arts & Cultural Center in Kahului.

Said Chancellor Virginia S. Hinshaw, “Our University is highly honored to host these presentations by Mr. Merwin, a resident of Hawai‘i whose works reflect a deep appreciation for our natural surroundings and the need for their preservation.”

Merwin has been a force in American poetry for 60 years, receiving nearly every major award for poetry, including two Pulitzer Prizes—for The Carrier of Ladders and The Shadow of Sirius—as well as the National Book Award, the Tanning Prize, the Bollingen Prize, the Ruth Lilly Poetry Prize and the Lannan Lifetime Achievement Award.  In 2010, he was appointed the 17th United States Poet Laureate by the Librarian of Congress.

The Dan and Maggie Inouye Distinguished Chair in Democratic Ideals at UH Mānoa engages scholars and public figures dedicated to sharing their knowledge and life experiences.  With an emphasis on democratic processes and the importance of public life, the Chair enhances understanding of the unique context of Hawai‘i, Asia and the Pacific within the traditional positions of power and influence in the U.S.

Doors to the March 1 keynote address at Kennedy Theatre will open at 7 p.m. for the 7:30 p.m. event. Seating will be on a first-come, first-served basis.

On-campus parking is available behind Kennedy Theatre for $6.